After jumping 14 spots yesterday, JPMorgan Chase (JPM) has returned to the Green Favored Zone of the SIA S&P 100 Index Report for the first time since last March. Back in November, a breakaway gap up through $105.00 on a spike in volume completed a bullish Ascending Triangle base for JPMorgan Chase (JPM) shares and signaled the start of a new advance. Since then, the shares have remained under steady accumulation, steadily advancing and establishing an uptrend of higher lows. Yesterday, the shares staged a continuation gap and cleared $130.00 on an uptick in volume, indicating continuing investor interest. 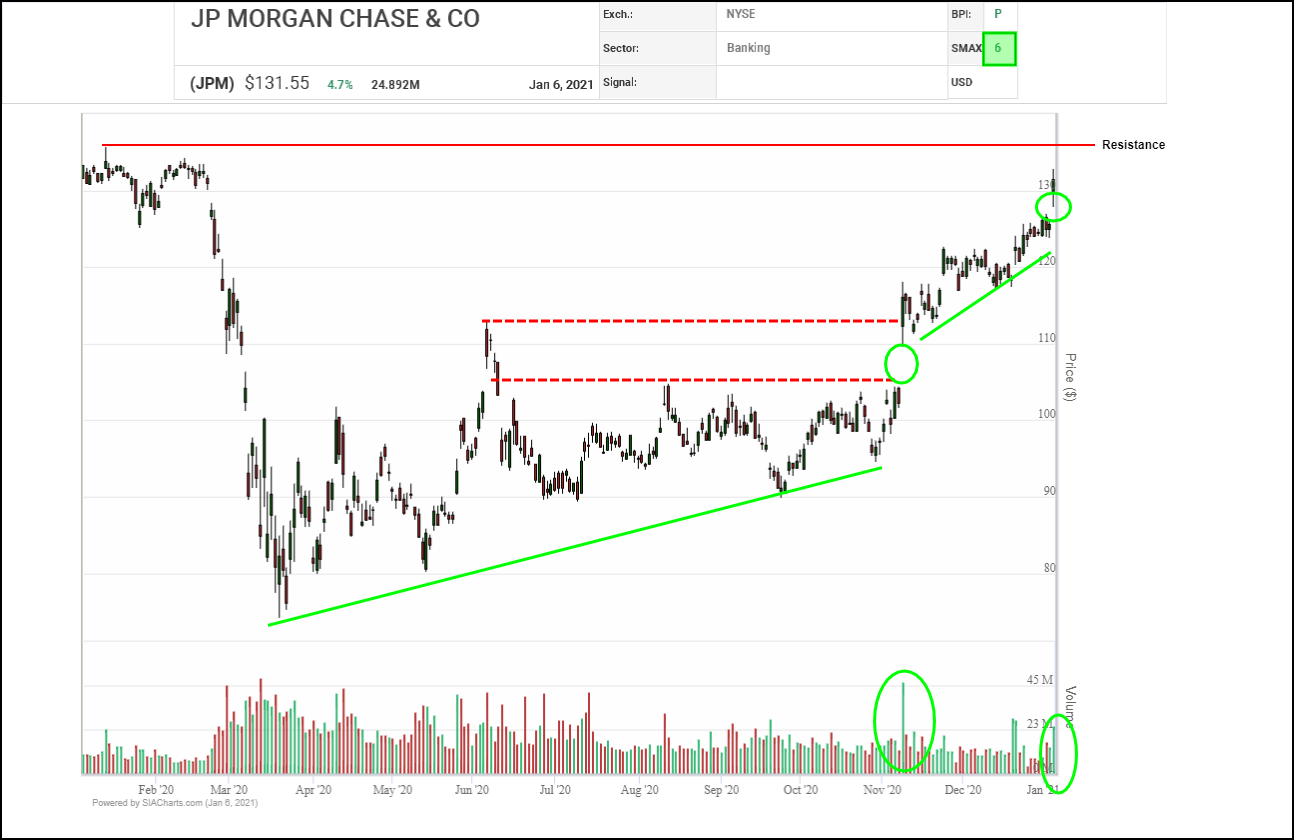 A consolidation phase for JPMorgan Chase (JPM) shares ended back in November when a Triple Top breakout resolved a Symmetrical Triangle to the upside and signaled the start of a new advance. Since then, the shares have remained under steady accumulation, completing a bullish Spread Double Top pattern, regaining $125.00 and advancing on a retest of its January 2020 peak near $137.10.

A breakout to a new high would confirm the start of a new advance with next potential upside resistance between $150.00 and $151.40 where a round number and a vertical count converge, followed by $167.10 based on a horizontal count. Initial support appears near $119.35 based on a 3-box reversal.

With a bullish SMAX score of 6, JPM is exhibiting near-term strength against the asset classes. 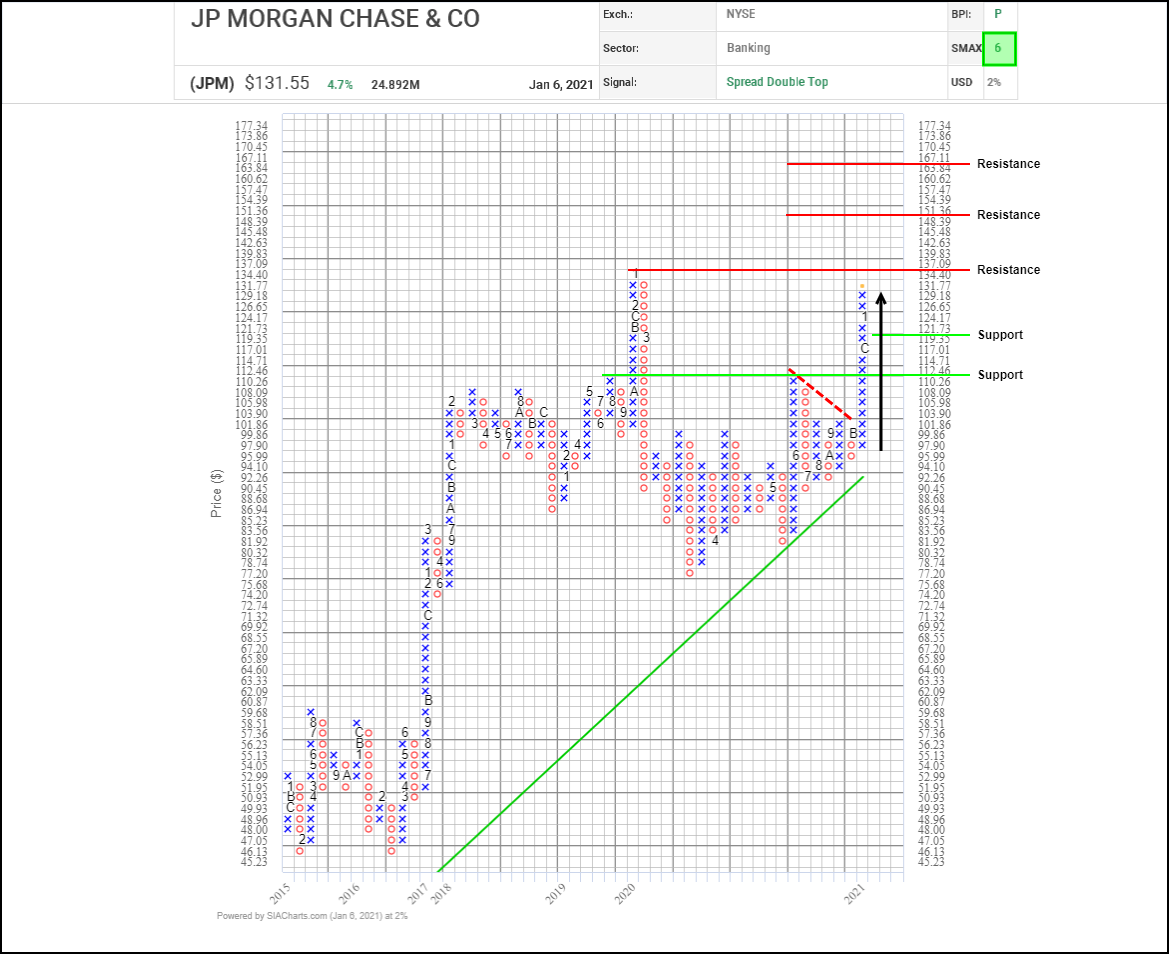