Chemical producer DuPont de Nemours (DD) has returned to the Green Favored Zone of the SIA S&P 500 Index Report for the first time since June of 2018 after climbing 15 spots yesterday and 147 spots in the last month.

Last winter, the market plunge washed out a downtrend in Dupont de Nemours (DD) shares and since then, they have been steadily increasing. After spending the summer consolidating after the initial recovery rally, the shares snapped a downtrend line and broke out over $60.00 to signal the start of a new advance. The shares haven’t looked back since then, advancing on $80.00 with recent gains coming on a jump in volumes indicating strengthening accumulation and increased investor interest. 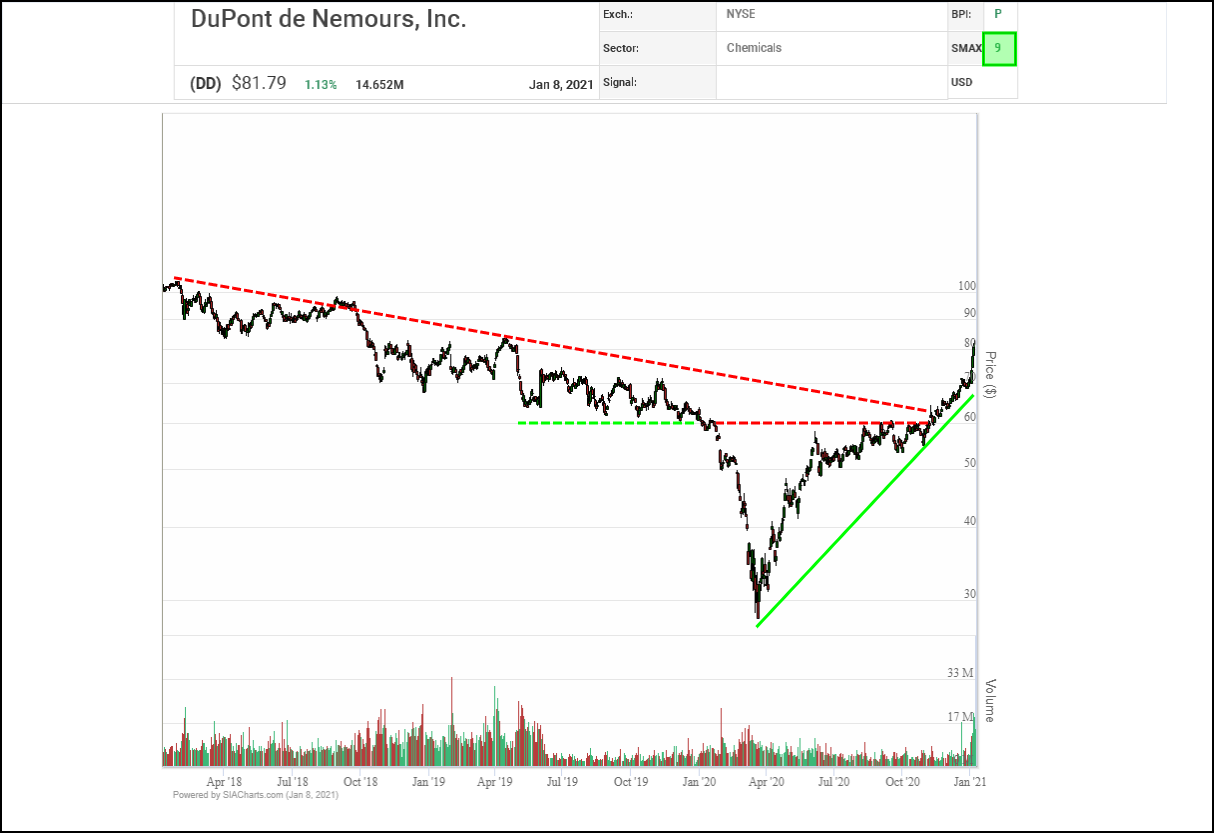 The current pole in Dupont de Nemours (DD) shares highlights how accumulation has accelerated this month, consisting of 2 boxes in October, 5 boxes each in both December and January, and 8 boxes (of 2% each) in the first week of January.

With a bullish SMAX score of 9, DD is exhibiting near-term strength against the asset classes. 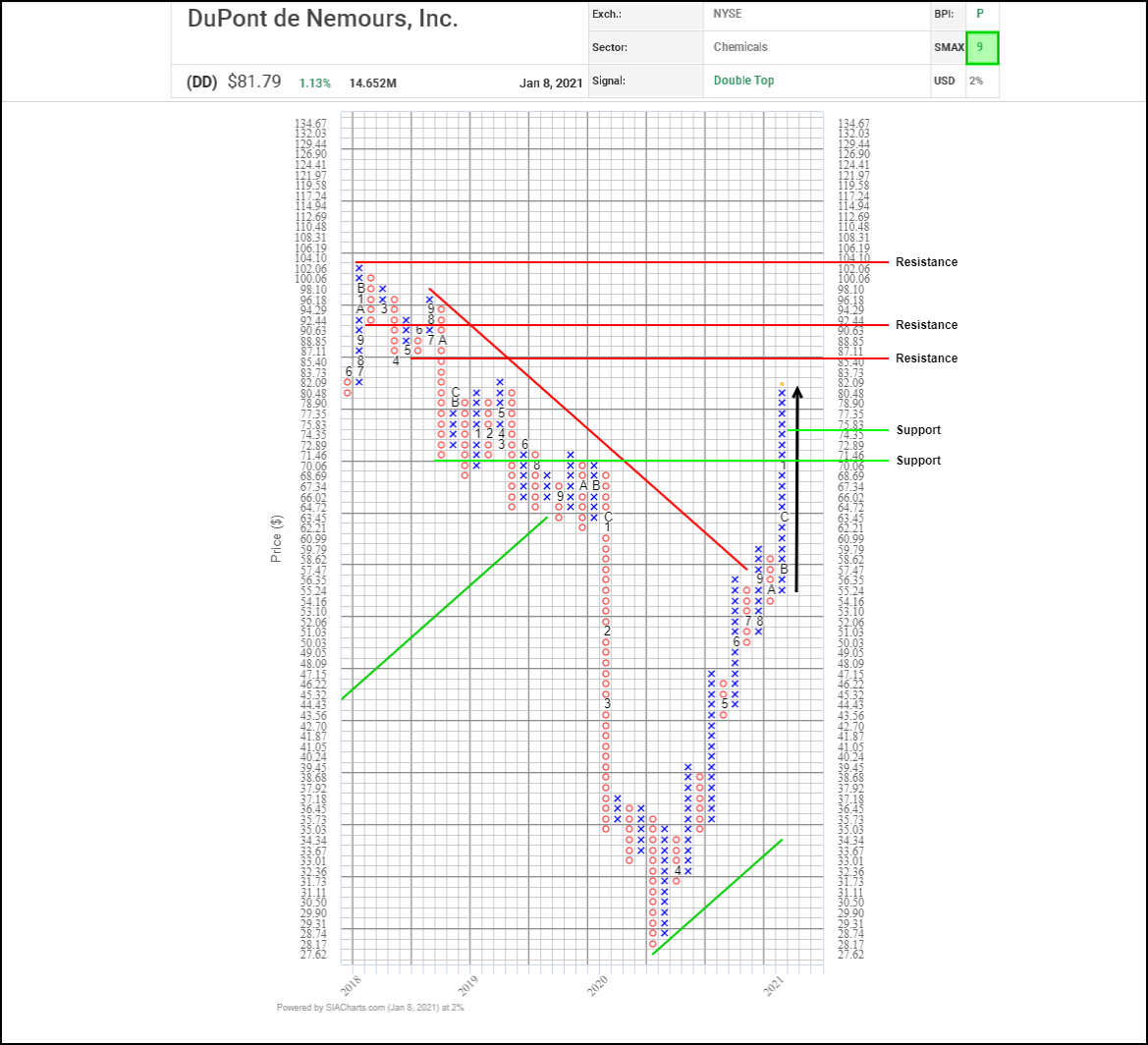