Bank of America (BAC) has returned to the Green Favored Zone of the SIA S&P 100 Index Report for the first time since last March after climbing 2 spots yesterday and 54 spots in the last month.

Back in November, Bank of America (BAC) snapped out of a down trend with a breakaway gap. The start of a new uptrend was then confirmed in December when the shares completed a bullish Ascending Triangle base with a breakout over $29.00.

Since then, the shares have continued to trend upward and this week, accumulation has accelerated even more with two continuation gaps indicating investor interest continues to increase.

The shares are starting to approach their 52-week high near $35.00 which was established back in February. Next potential resistance tests after that appear near $36.00 and the $40.00 round number based on measured moves. Initial support appears in the $30.00 to $30.50 area between a round number and the bottom of one of this week’s upward gaps. 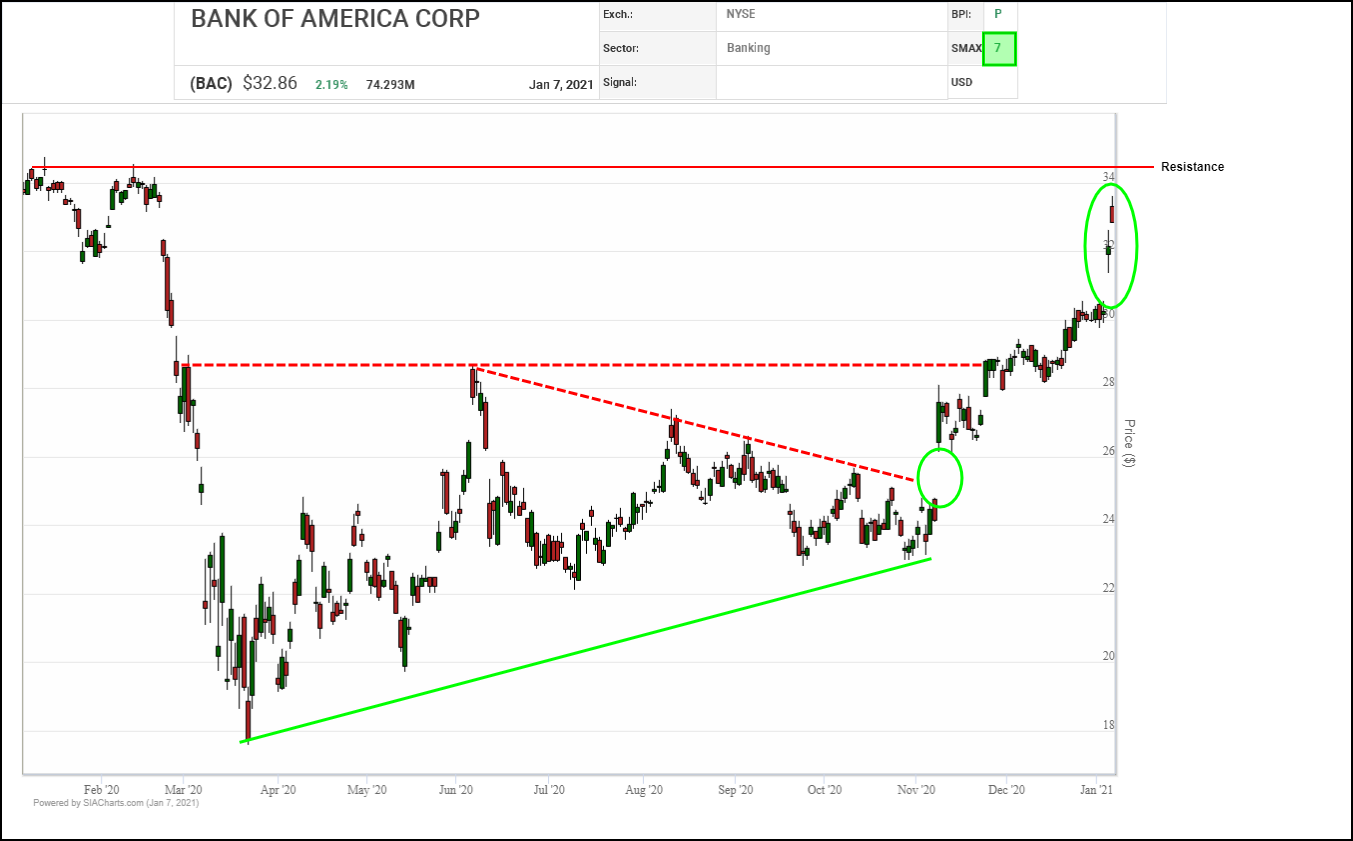 Back of America (BAC) shares came under renewed accumulation back in November when a bullish Spread Triple Top breakout followed by a larger bullish Spread Double Top breakout combined to signal and confirm the start of a new uptrend. Since then, the shares have continued to steadily climb clearing $30.00 and $32.50 in recent weeks.

With a bullish SMAX score of 7, BAC is exhibiting near-term strength against the asset classes. 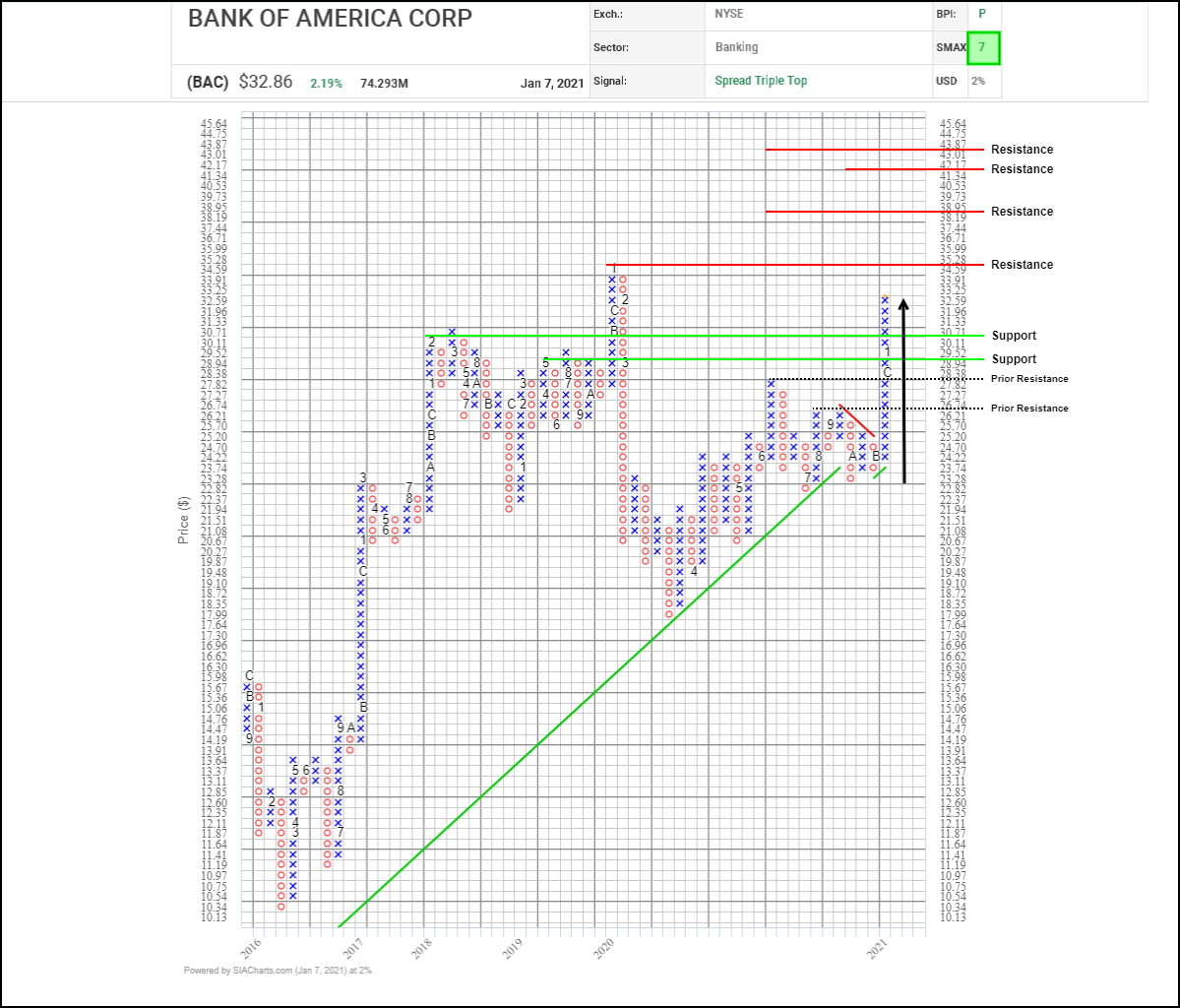