Corus Entertainment (CJR.B.TO) is once again on the rise within the Green Favored Zone of the SIA S&P/TSX Composite Index Report. Yesterday the shares moved up 2 spots to 20th place and are up 12 places in the last month.

A major breakout is underway in Corus Entertainment (CJR.B.TO) shares. A three-year downtrend bottomed out back in March of 2020 and since then the shares have been turning increasingly upward. In the latter part of 2020, the shares completed a bullish Ascending Triangle base with a breakout over $4.00. Following a successful retest of the $4.00 breakout point as new support, the shares have accelerated upward, recently snapping a long-term downtrend line to confirm that a new uptrend has commenced. 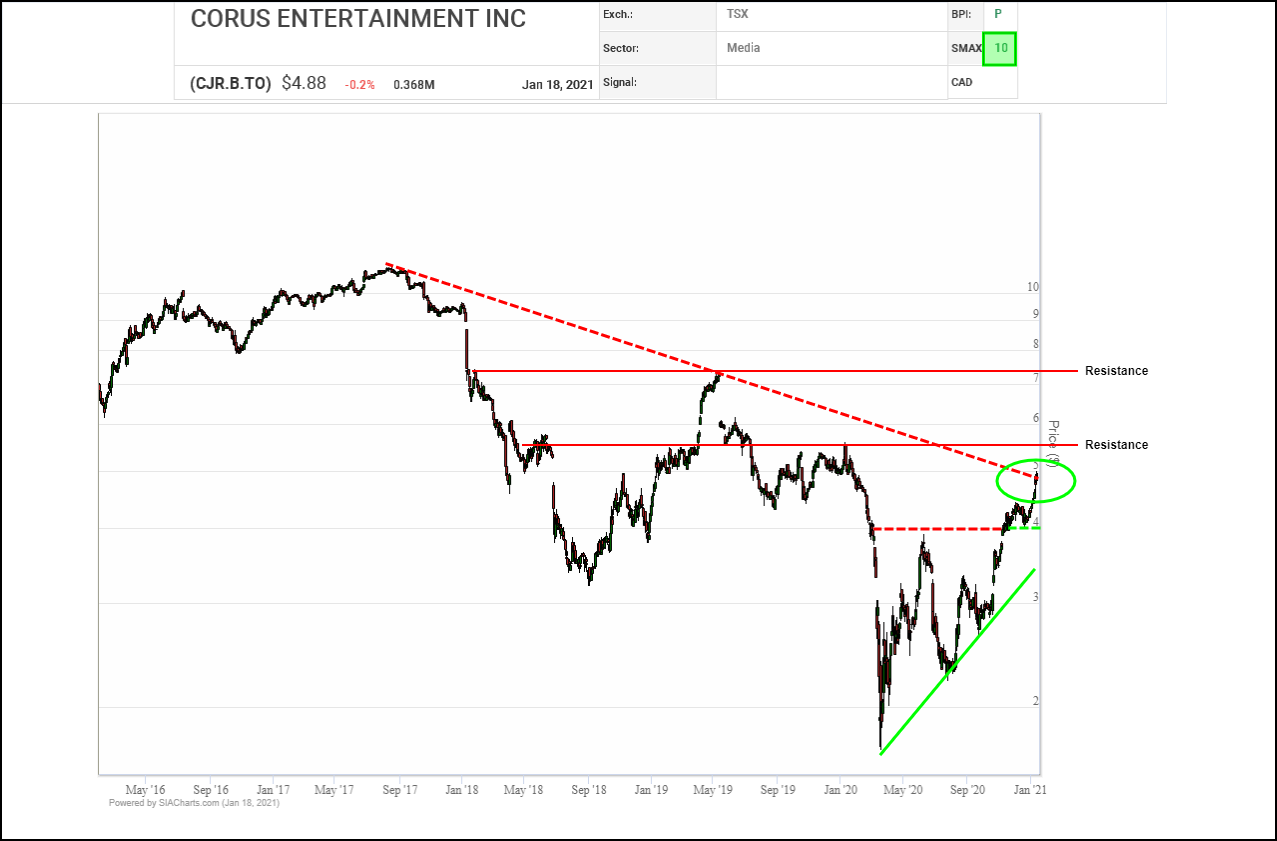 Since completing a higher low back in September, Corus Entertainment (CJR.B.TO) shares haven’t looked back, driving up from near $2.75 toward $5.00 without even a 3-box correction, completing bullish Double Top and Spread Double Top breakouts along the way. This month, the shares have snapped a long-term downtrend line, confirming that a new uptrend is underway.

The shares are currently approaching the $5.00 round number with next potential upside resistance on trend near $5.65 based on a horizontal count and then $6.10, based on previous column highs. Initial support appears near $4.55 based on a 3-box reversal.

With a perfect SMAX score of 10, CJR.B.TO is exhibiting near-term strength against the asset classes. 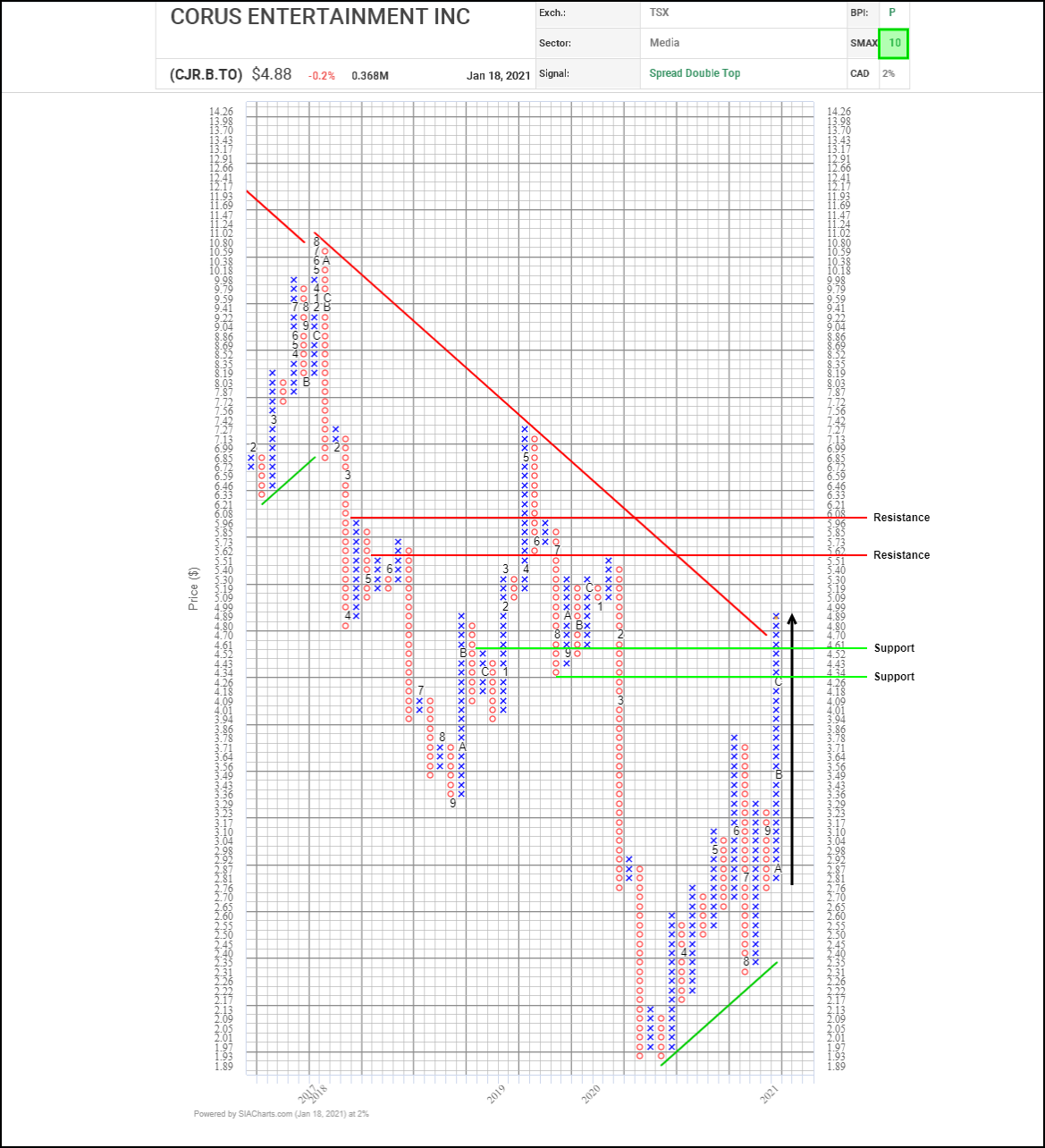