A 9.3% gain propelled the shares of used car retailer Carmax (KMX) to a one-day jump of 120 spots in the SIA S&P 500 Index to 90th place, returning it to the Green Favored Zone for the first time since October. Carmax (KMX) shares spent the last several months of 2020 stuck in neutral, consolidating gains in an $85.00 to $110.00 range after peaking in August. Since the start of this year, the shares have come under renewed accumulation, snapping a downtrend line and regaining the $100.00 level.

Yesterday, the shares staged a major breakout, blasting through the $110.00 top of the channel to a new all-time high on increased volume, signaling the start of a new uptrend. 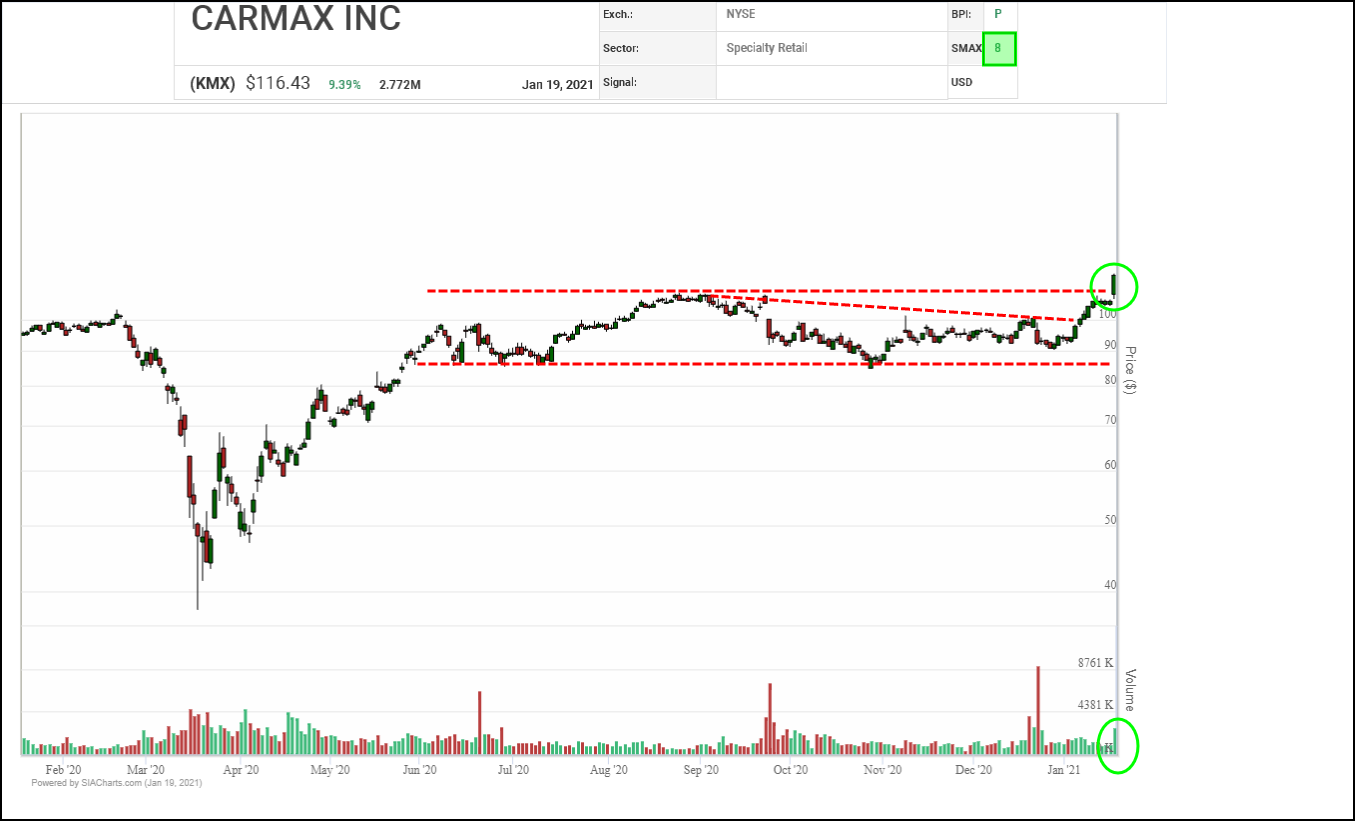 Carmax (KMX) shares have come under increased accumulation since the start of this year, rallying up off of a higher low, completing bullish Double Top and Spread Double Top breakouts, achieving new highs and continuing to climb.

Next potential upside resistance appears in the $130.65 to $133.25 area, and then $138.64 based on the convergence of multiple vertical and horizontal counts. Initial support appears near $107.15 based on a 3-box reversal and a retest of a recent breakout point.

With a bullish SMAX score of 8, KMX is exhibiting near-term strength against the asset classes. 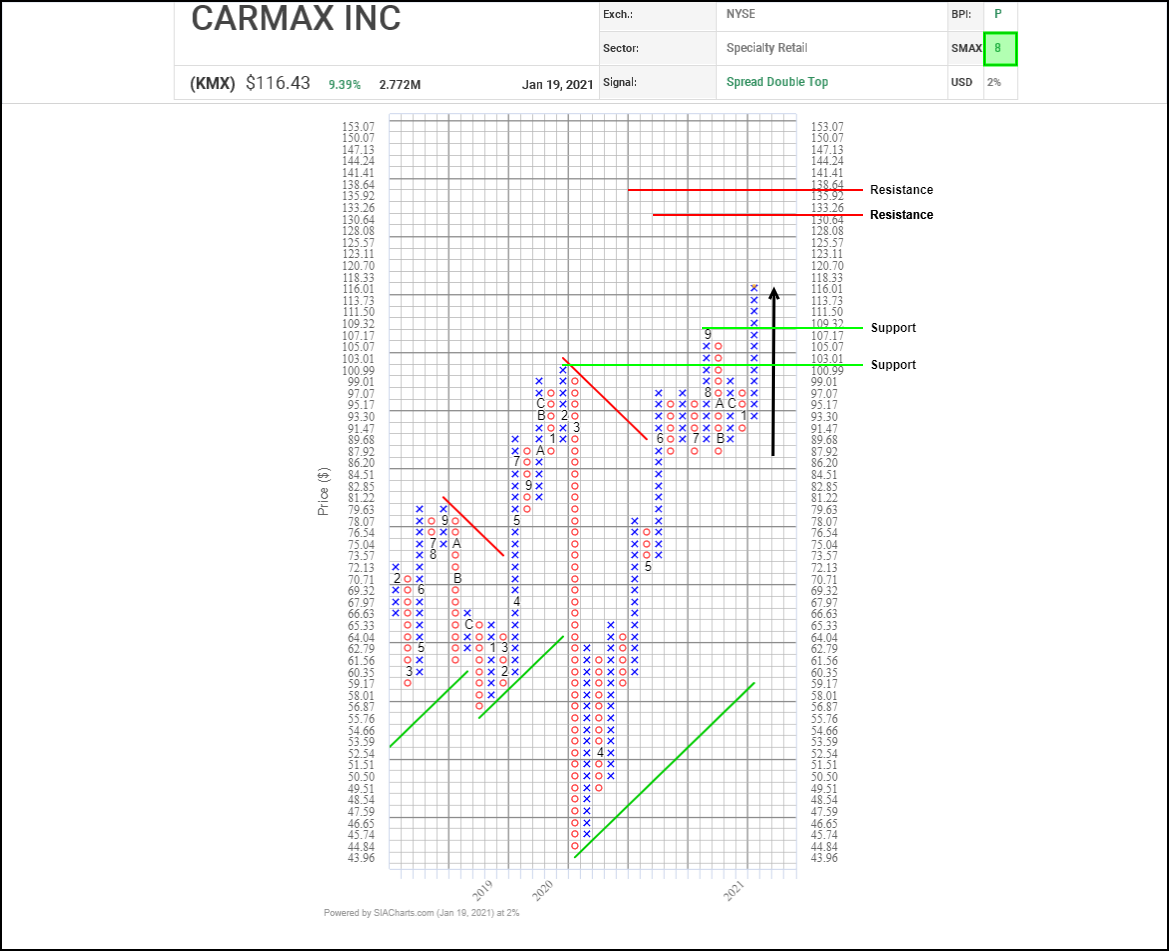