Base metal miner Teck Resources* (TECK.B.TO) has returned to top spot in the SIA S&P/TSX 60 Index Report. The shares have been in the Green Favored Zone since May.

Since bottoming out last March, Teck Resources* (TECK.B) shares have been under accumulation, steadily recovering lost ground, advancing in a rising channel of higher highs and higher lows. Along the way, the shares have snapped two downtrend lines and completed a bullish Ascending Triangle base with a breakout over the $20.00 round number, all indicating continuing accumulation.

This week the shares have broken out over the $25.00 round number, which reverses polarity to become initial support. Next potential upside resistance tests appear near the $30.00 round number, a measured $32.00 and the 2018 high near $37.50. 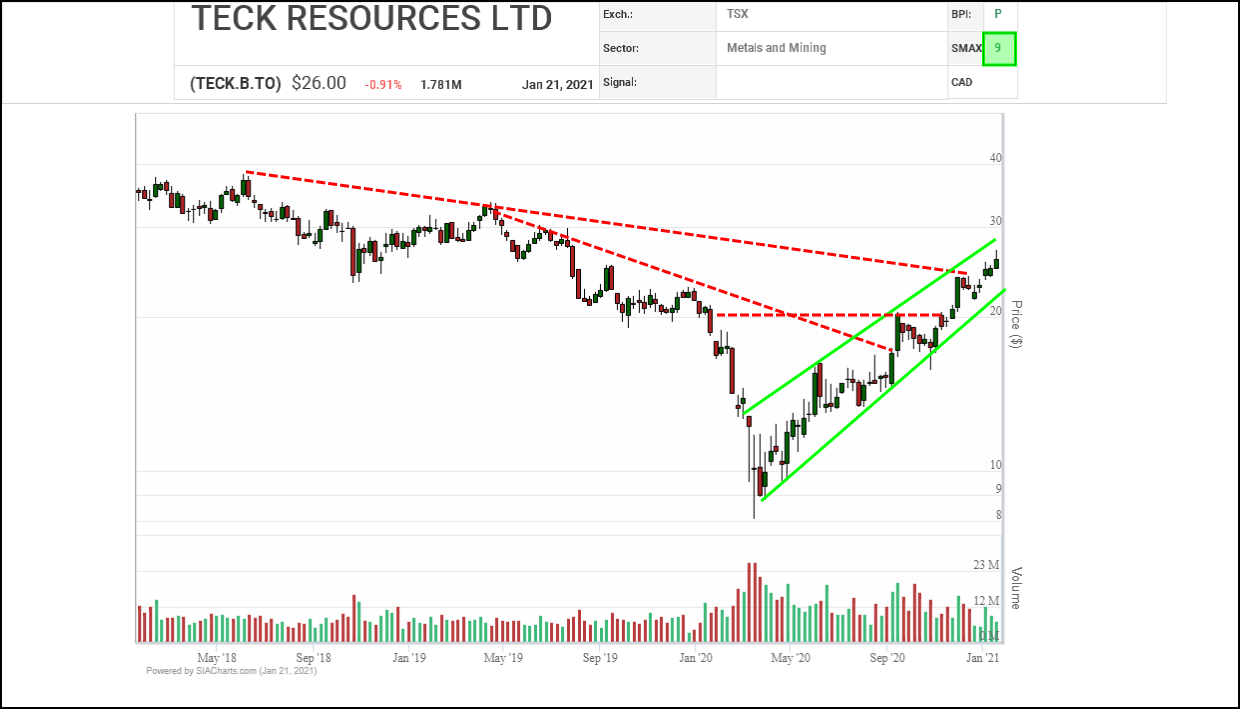 Back in May, Teck Resources broke out of a bullish Spread Quadruple Top base pattern and hasn't looked back, advancing in a step pattern of rallies followed by consolidation at higher levels. Back in September, the shares snapped out of a downtrend line to confirm the start of a new uptrend. Since October, accumulation has accelerated with the shares climbing 24 boxes without even a 3-box correction.

With a bullish SMAX score of 9, TECK.B is exhibiting near-term strength against the asset classes. 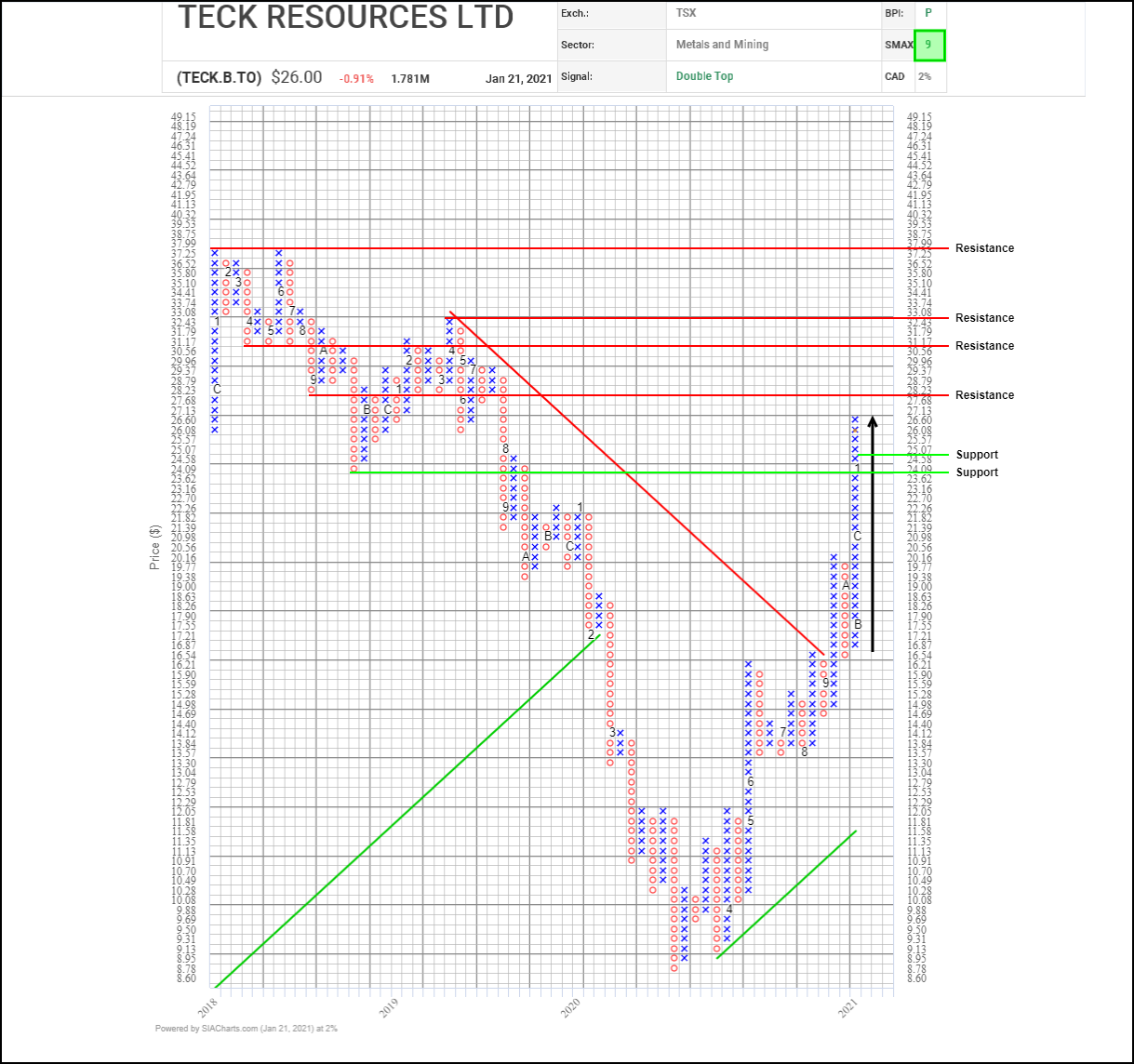