Base Metal miner Hudbay Minerals (HBM.TO) dropped out of the green zone of the SIA S&P/TSX Composite Index Report for the first time since June yesterday. The shares now find themselves in the Yellow Neutral Zone after dropping 29 spots in one day and 51 spots over the last month to 59th place.

A bearish trend change appears to be underway in Hudbay Minerals (HBM.TO) shares. Since bottoming out in March, the shares had been steadily climbing on fairly consistent volumes. By December, the shares had become overbought on the RSI indicator at bottom suggesting they were getting due for a pause or a correction, and they encountered resistance near the $10.00 round number just as they had back in early 2019.

Recent indicators suggest that a significant correction is getting underway. The RSI rolled back under 70 and then on under 50, both bearish signals of a downturn in momentum. Meanwhile, the shares have started to slump back on falling volumes, suggesting that demand from bulls has dried up.

Yesterday, the shares broke below their 50-day moving average signaling the start of a new downtrend that would be confirmed by a drop below the $7.50 round number. Next potential downside tests appear at previous support/resistance levels near $7.00 and $5.50 on trend. Initial resistance falls to the 50-day average near $8.50. 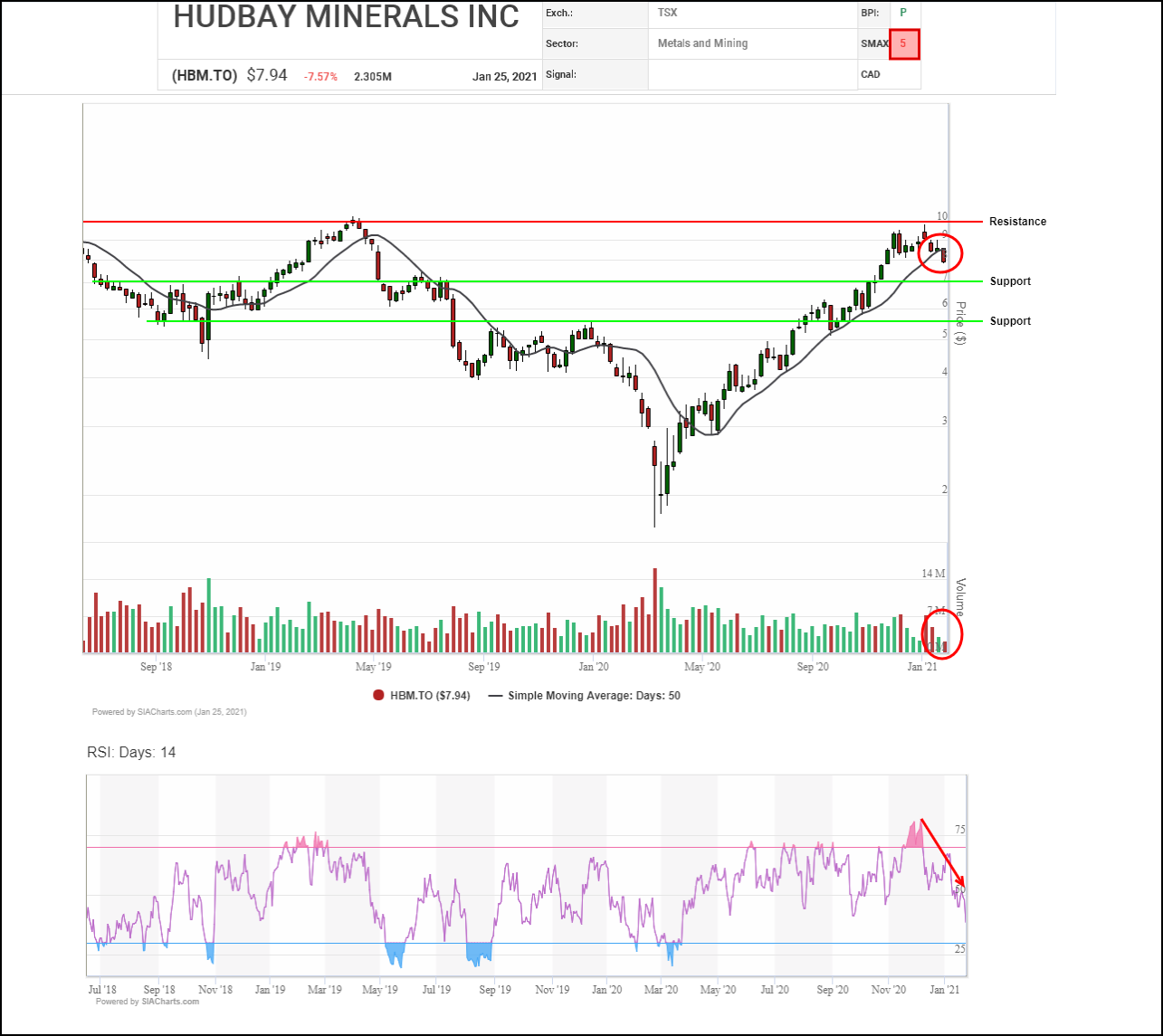 A major recovery trend in Hudbay Minerals (HBM.TO) which carried the shares up from a low near $2.00 back in March to a recent high near $9.65, appears to have run out of gas for now, faltering short of the $10.00 round number and their precious peak near $10.25. A recent consolidation phase now appears to have morphed into a deeper correction. The shares have broken $8.05 support to complete a bearish Double Bottom pattern, signaling the start of a new downturn. Next potential downside support appears at previous column highs in the $7.30 to $7.45 area, followed by $6.60 where a horizontal count and a previous breakout point converge. Initial resistance on a bounce appears near $8.75 based on a 3-box reversal.

With a bearish SMAX score of 5, HBM.TO is exhibiting near-term weakness against the asset classes. 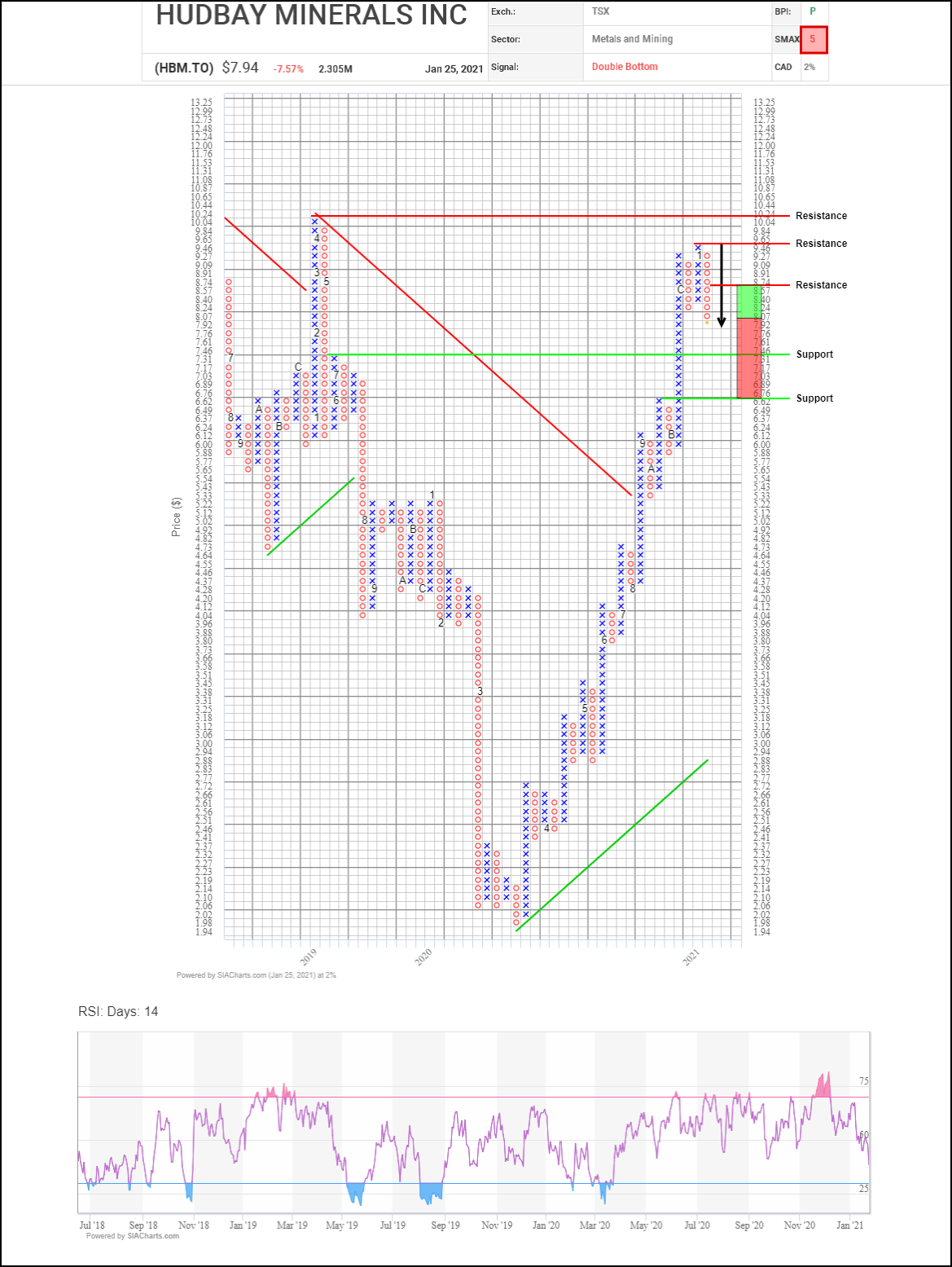