Marijuana producers Canopy Growth (WEED.TO) re-entered the Green Favored Zone of the SIA S&P/TSX 60 Index Report and has continued to climb up the rankings. Yesterday it moved up another two places into the top spot.

A classic recovery turnaround is underway in Canopy Growth (WEED.TO) shares. Back in October, the shares broke out over $30.00, completing a bullish Ascending Triangle base which had formed over the previous six to seven months. The shares subsequently retested their breakout point in new support, then embarked on a new uptrend in earnest. Accumulation continues with the shares retaking $40.00 and continuing to climb. Next potential upside resistance tests for the shares on trend appear near the $50.00 round number, then the $56.00 to $58.00 area where a measured move converges with previous highs. Initial support moves up to the $40.00 to $42.00 area between a round number and a recent low.

Back in October, Canopy Growth (WEED.TO) shares snapped a downtrend line to signal the start of a new uptrend. Following an initial breakout rally, the shares consolidated in a higher range. Since the turn of the year, the shares have come under renewed accumulation. A breakout over $37.50 completed a bullish Spread Triple Top pattern which signaled the start of the new upleg which continues to this day.

Initial upside resistance appears at a previous column high near $48.55 followed by the $50.00 round number and then the $53.60 to $54.65 range where vertical and horizontal counts converge. Initial support appears near $41.45 based on a 3-box reversal.

With a perfect SMAX score of 10, WEED.TO is exhibiting near-term strength across the asset classes. 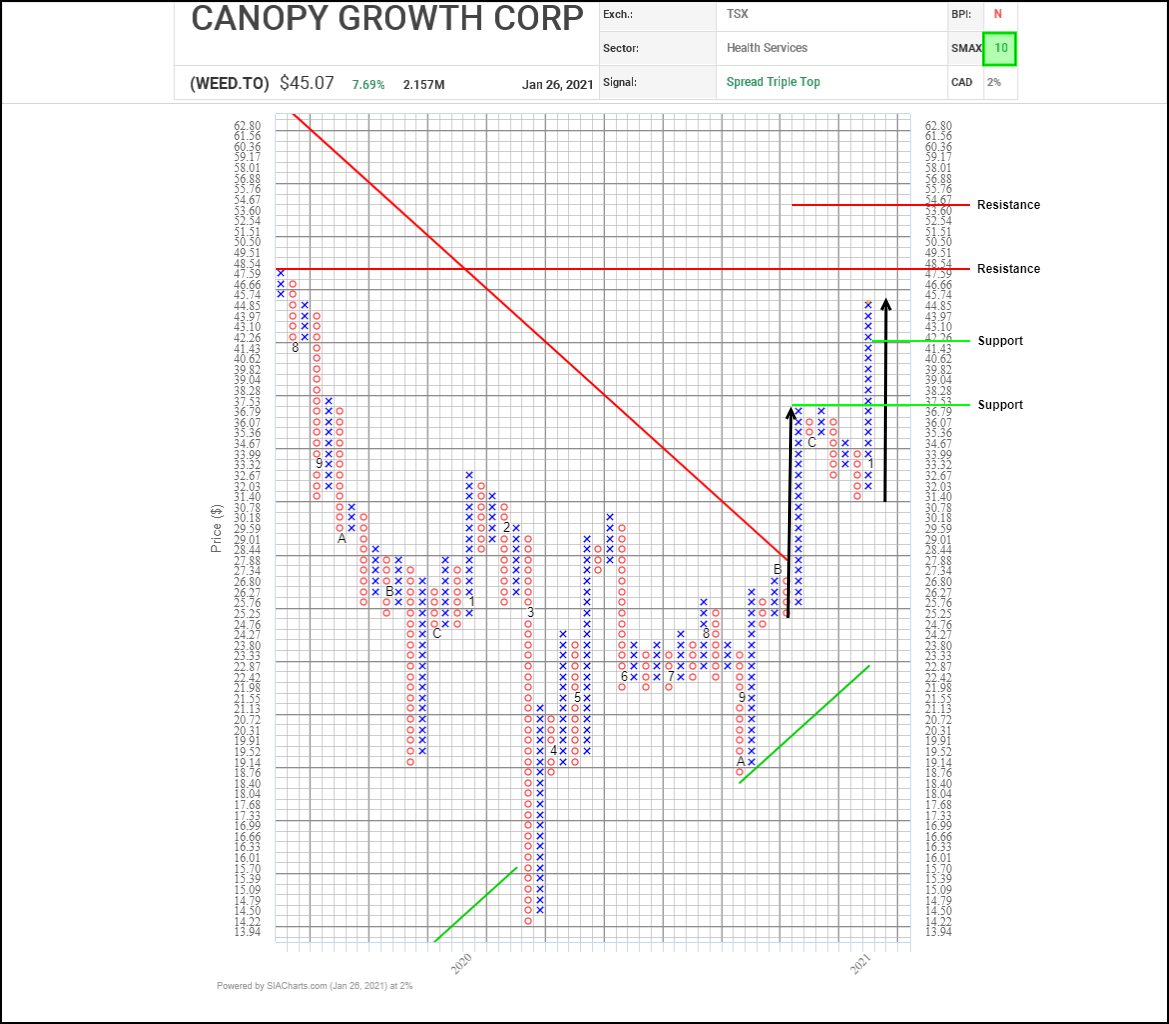