Back in October, asset manager Invesco (IVZ) returned to the Green Favored Zone of the SIA S&P 500 Index Report for the first time since 2013. Since then, the shares have continued to climb toward the top of the rankings, moving up 2 spots yesterday and 30 spots in the last month to 4th place.

Last fall, Invesco (IVZ) snapped out of a long-term downtrend and since then, the shares have continued to advance, recently staging another major breakout with a move up through the $20.00 round number which has since reversed polarity and become initial support.

Next potential upside resistance on trend may appear near the $25.00 round number, then $26.50 based on a measured move and then a test of previous resistance near the $30.00 level. 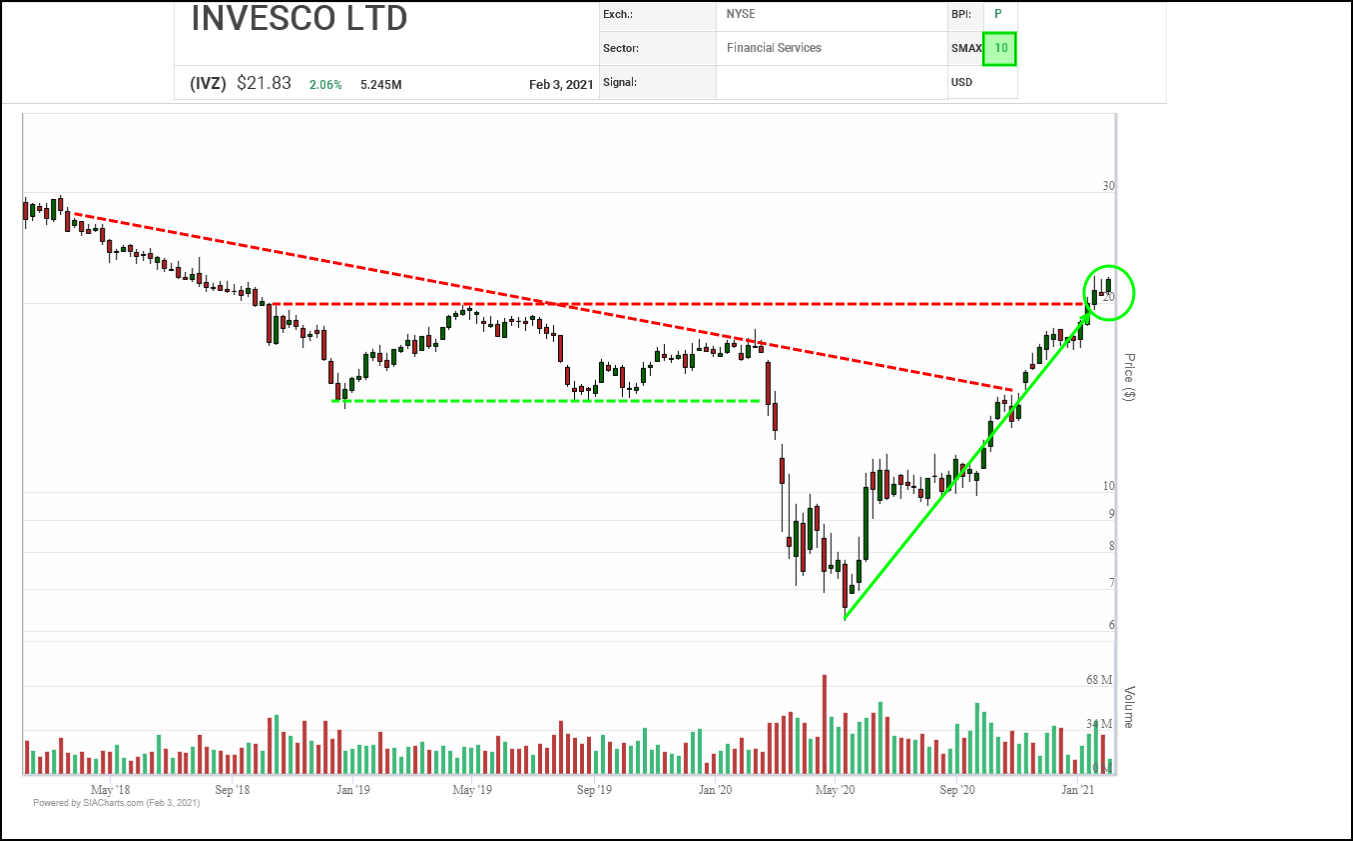 Since completing a bullish Spread Triple Bottom base back in October, Invesco (IVZ) shares have been under consistent accumulation, nearly doubling in a rally from $11.50 toward $22.00 with only one small 3-box correction along the way.

Next potential upside resistance tests appear near $23.45 based on a horizontal count, then the $25.00 round number and an old support level near $26.95. Initial support appears between $20.00 and $20.40 where a round number and a 2-box reversal converge.

With a perfect SMAX score of 10, IVZ is exhibiting near-term strength across the asset classes. 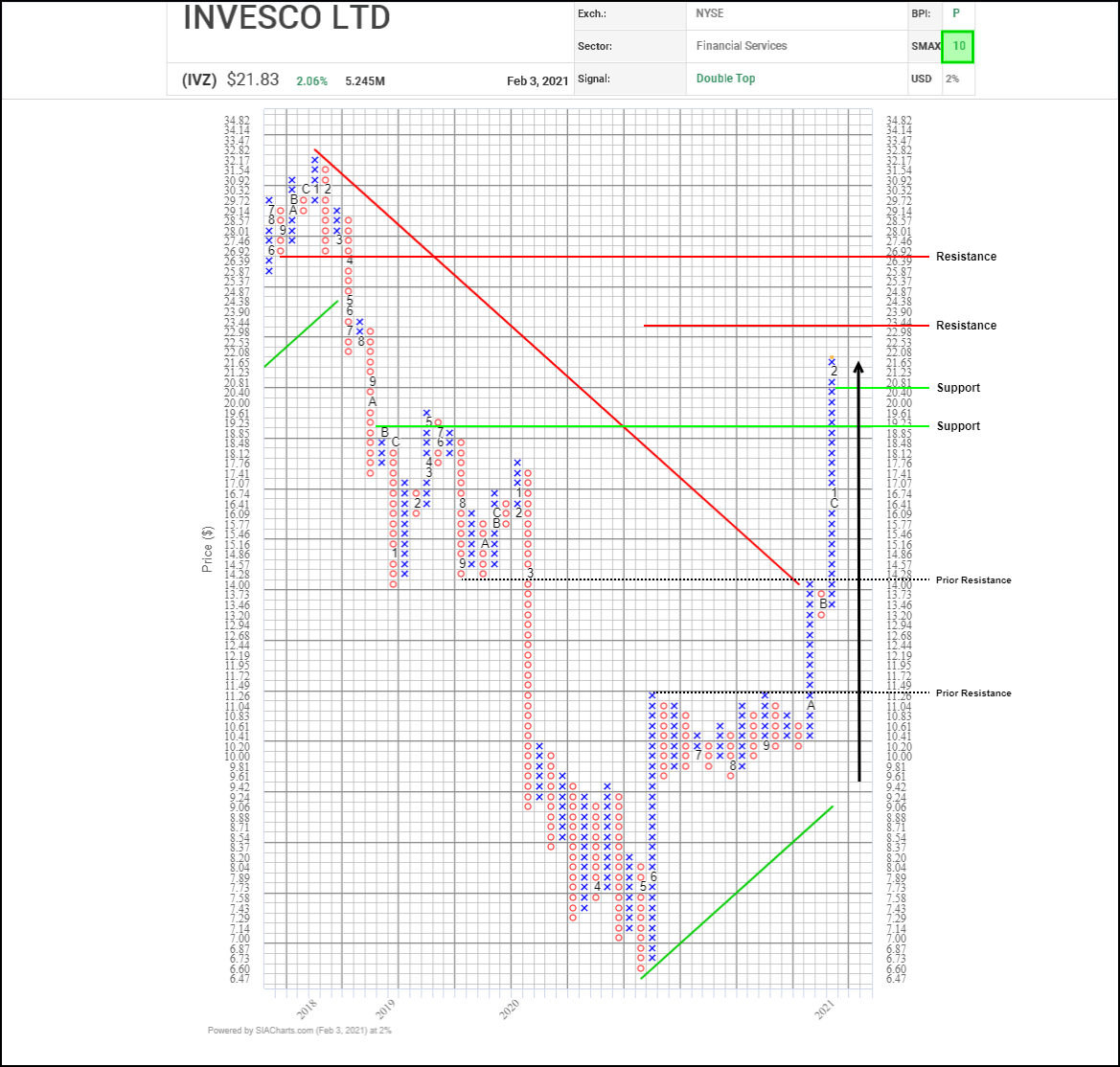