Since returning to the Green Favored Zone of the SIA S&P 500 Index Report back in October, Under Armour (UA) has continued to steadily climb up the rankings. On Friday it moved up another 6 spots to 28th place. A major breakout is underway in Under Armour (UA) shares. After completing a bullish Ascending Triangle base with a breakout over $10.00 back in September, the shares rallied up into the $15.00 to $16.50 range where they had paused for the last few weeks to consolidate gains.

Last week, the shares blasted through $16.50, a long-term support/resistance level which now becomes support, to signal the start of a new advance. Next potential resistance on trend appears near the $20.00 round number, then the $24.50 to $25.00 area between a previous high and a round number. 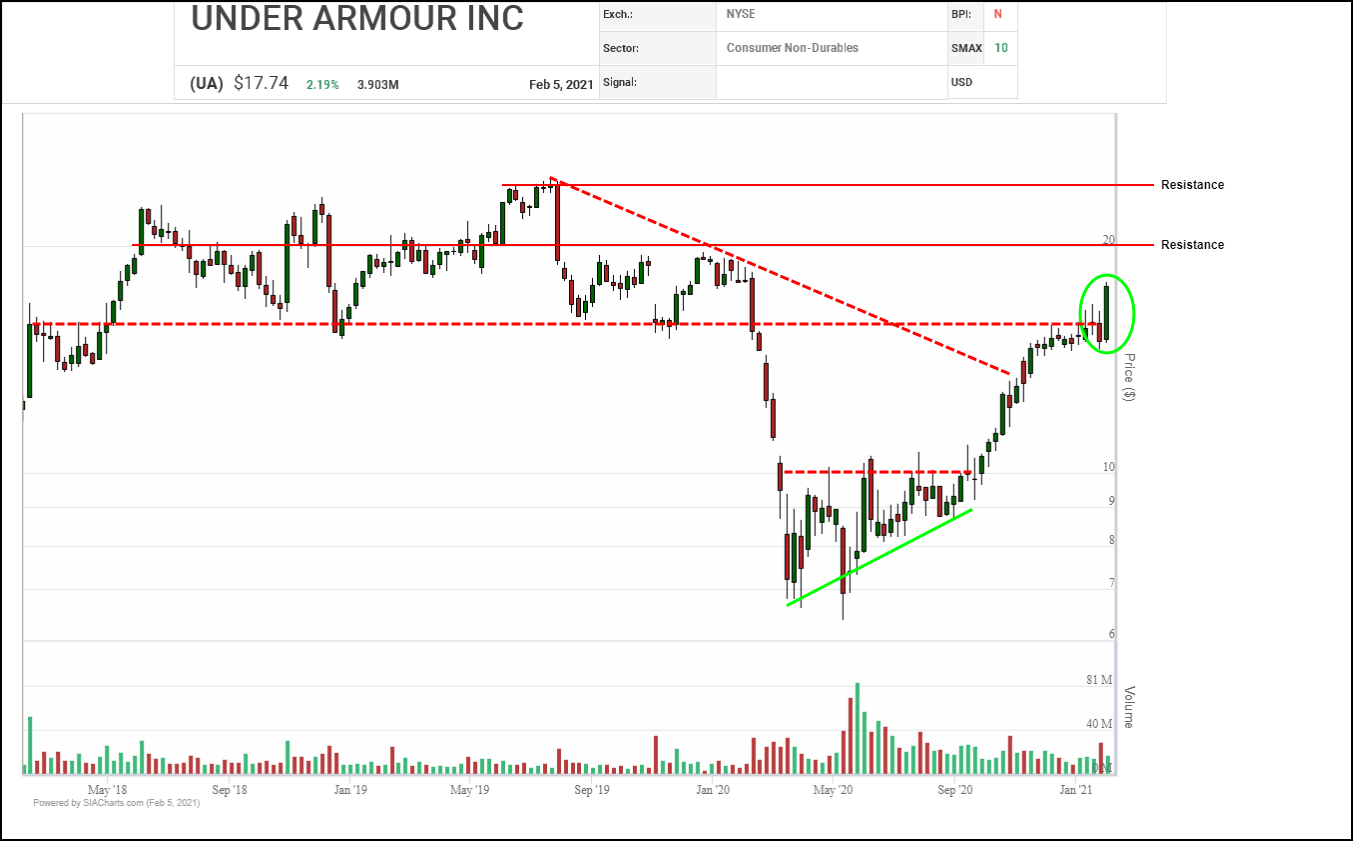 Under Armour (UA) has been under increased accumulation since breaking out of a base and snapping out of a downtrend back in November. Last week, the shares broke through $16.25- $16.55, a long-term support/resistance area which now reverses polarity to become initial support on a 3-box reversal.

This breakout completed a bullish Double Top pattern, signaling the start of a new upleg. Next potential upside resistance appears near the $20.00 round number, then $21.45 based on a horizontal count, and $22.75 based on a vertical count.

With a perfect SMAX score of 10, UA is exhibiting near-term strength across the asset classes. 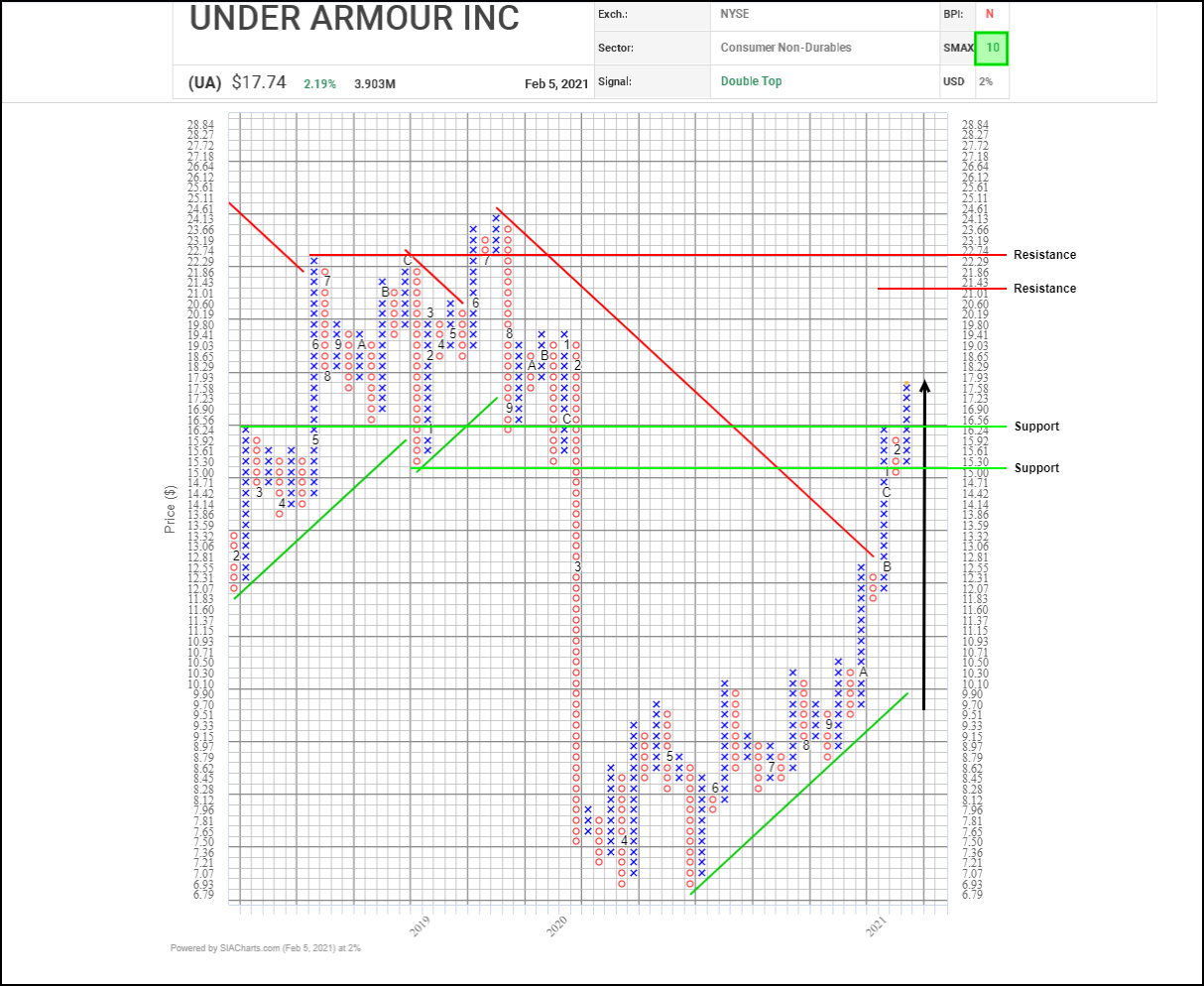