Canada Goose (GOOS.TO) recently returned the Green Favored Zone of the SIA S&P/TSX Composite Index Report from a brief dip into the red zone. Yesterday, on the back of a positive earnings report, the shares soared 22.3%, driving the shares up 30 spots to 15th place.

A major breakout is underway in Canada Goose (GOOS.TO) shares. Yesterday, the shares took off on a big increase in volume, signaling a surge in new investor interest. Clearing $47.50, the shares completed a bullish Ascending Triangle base, confirming the start of a new uptrend.

Next potential resistance appears near $60.00, a round number which has acted as both support and resistance in recent years, followed by $72.50 which is based on a measured move. Initial support appears between the $47.50 breakout point and the $50.00 round number.

Since bottoming out last March, Canada Goose (GOOS.TO) shares have been steadily recovering, advancing in a step pattern of rallies followed by consolidation at higher levels. Yesterday, the shares broke out over $50.00 and completed two bullish patterns, a Double Top and a Spread Double Top, signaling the start of a new rally phase.

Next potential upside resistance on trend appears in the $62.75 to $65.25 area where previous column lows and horizontal counts cluster, followed by $76.45 based on a vertical count. Initial support appears in the $49.50 to $50.50 area where a 3-box reversal, round number and recent breakout point cluster together.

With its bullish SMAX score increasing to 8, GOOS.TO is exhibiting near-term strength against the asset classes. 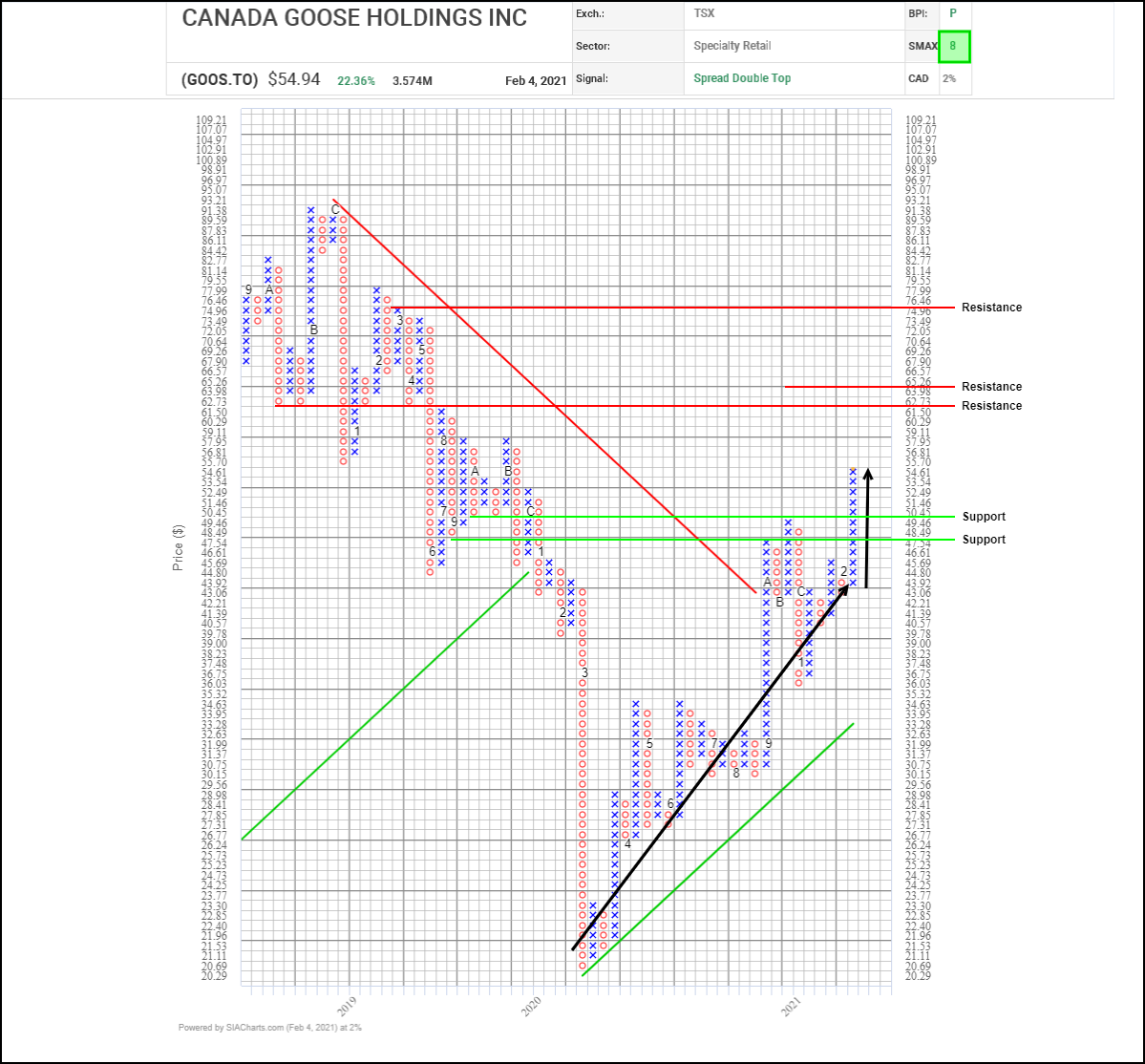