Gildan Activewear* (GIL.TO) remains in the Green Favored Zone of the SIA S&P/TSX 60 Index Report where it has resided since August. Yesterday it moved up 4 spots to 10th place. A major breakout is underway in GIL.TO shares which broke out over $38.50 to their highest level since September of 19 yesterday. An uptrend has been underway since the shares bottomed out last March and a downtrend line was snapped last summer near $25.00. Yesterday, the shares snapped another downtrend line, confirming that the underlying upward trend remains intact and that a new advance is underway with a consolidation phase ending. 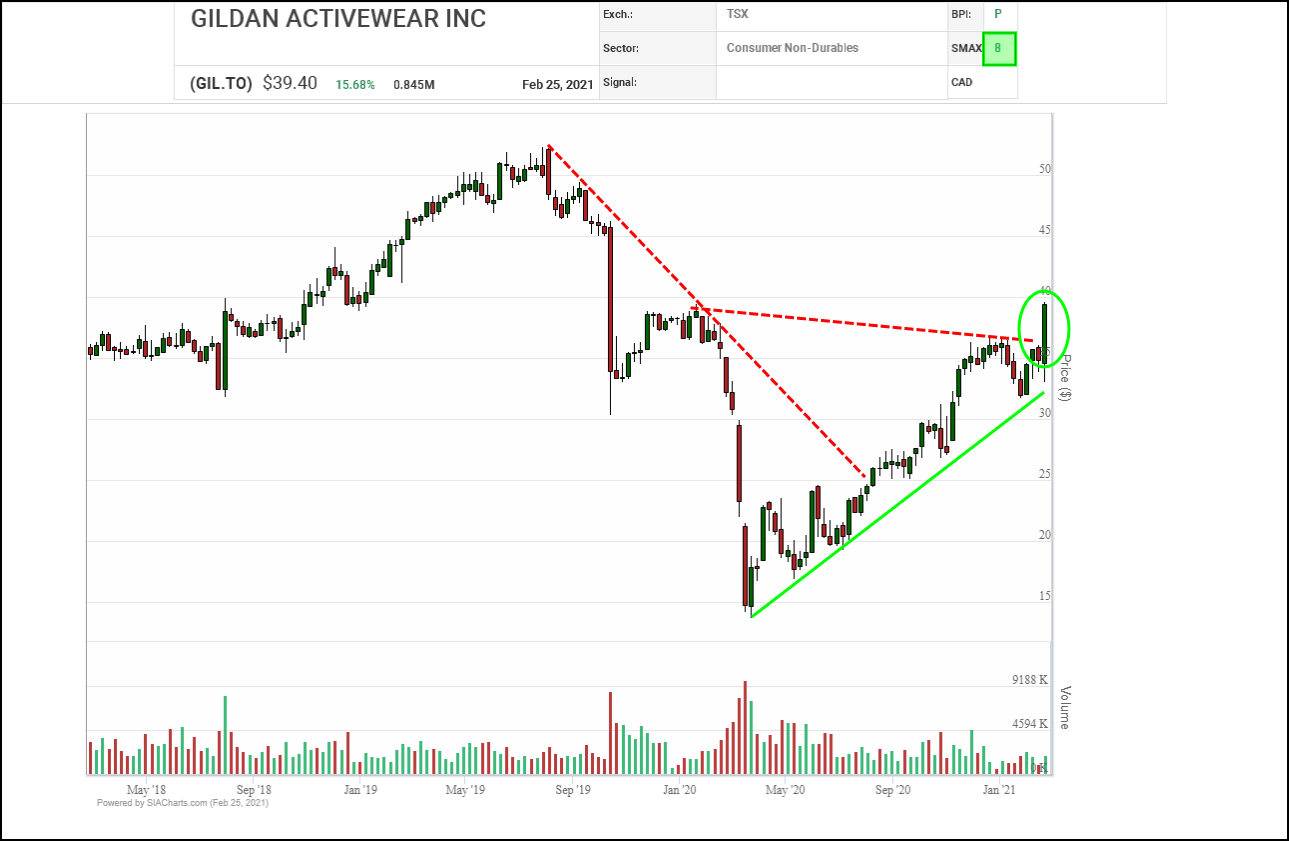 Gildan Activewear* (GIL.TO) shares have been steadily recovering since last March, with a series of positive Point and Figure pattern completions and higher correction lows building an upward trend. Accumulation accelerated yesterday with the snapping of a downtrend line and the completion of a bullish Spread Double Top pattern signaling the start of a new upleg and confirming that the underlying uptrend remains intact.

Next potential upside resistance appears in the $43.50 to $44.40 area where a horizontal count and a previous column high converge, then the $48.00 to $50.00 area where vertical and horizontal counts plus a round number cluster. Initial support appears near $36.40 based on the combination of a 3-box reversal and a retest of the recent breakout point.

With a bullish SMAX score of 8, GIL.TO is exhibiting near-term strength against the asset classes. 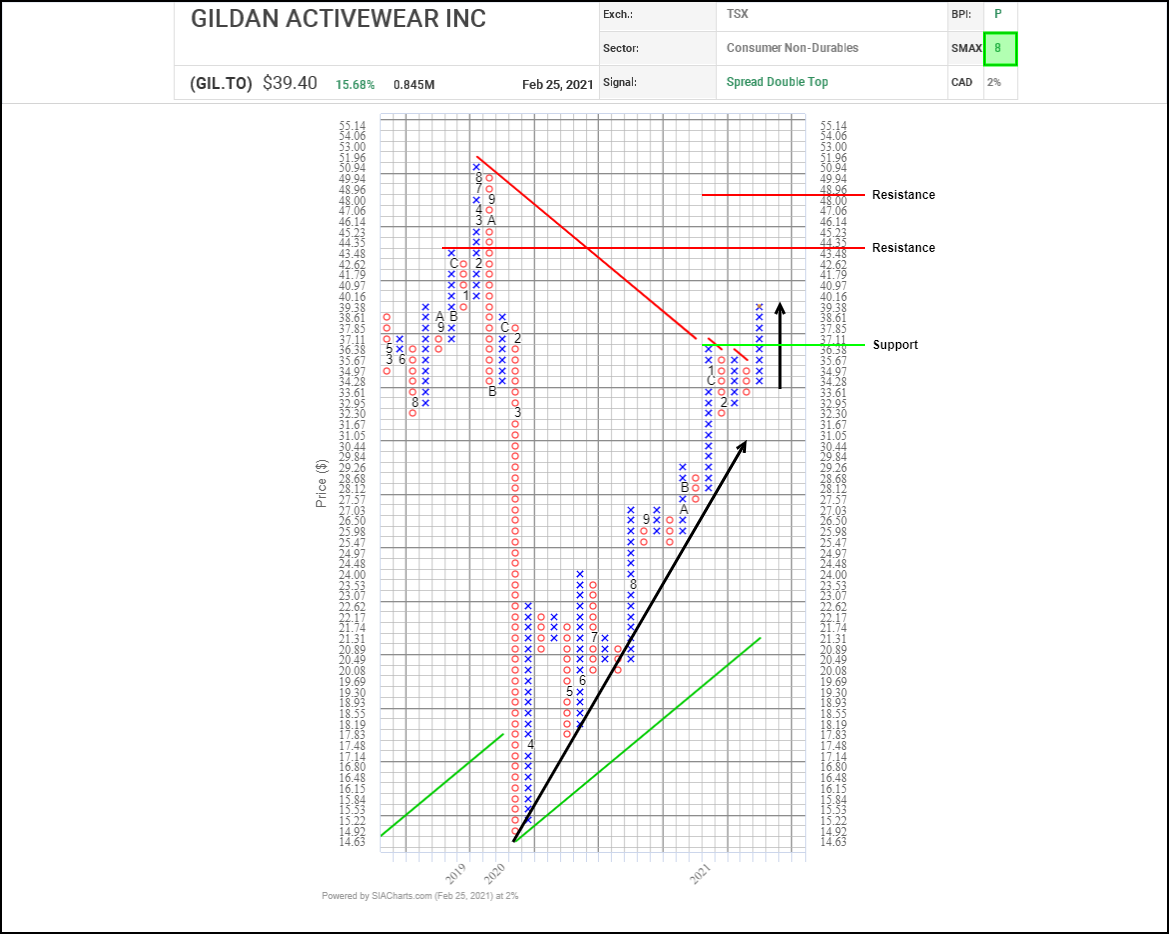