Toymaker Spin Master (TOY.TO) soared up the rankings in the SIA S&P/TSX Composite Index Report yesterday climbing 123 spots in one day to 31st place. This enabled it to move directly from the red zone to the Green Favored Zone. Stronger than expected online sales sent the shares soaring 23.9% on the day.

Spin Master’s (TOY.TO) big breakout rally yesterday triggered several bullish signals indicating the start of a new advance. These include a breakout from a $25.50 to $32.25 sideways range, a breakout over the 50-day average, a breakaway gap to the upside, a breakout that completed a bullish Falling Wedge pattern and the snapping of a long-term downtrend line. 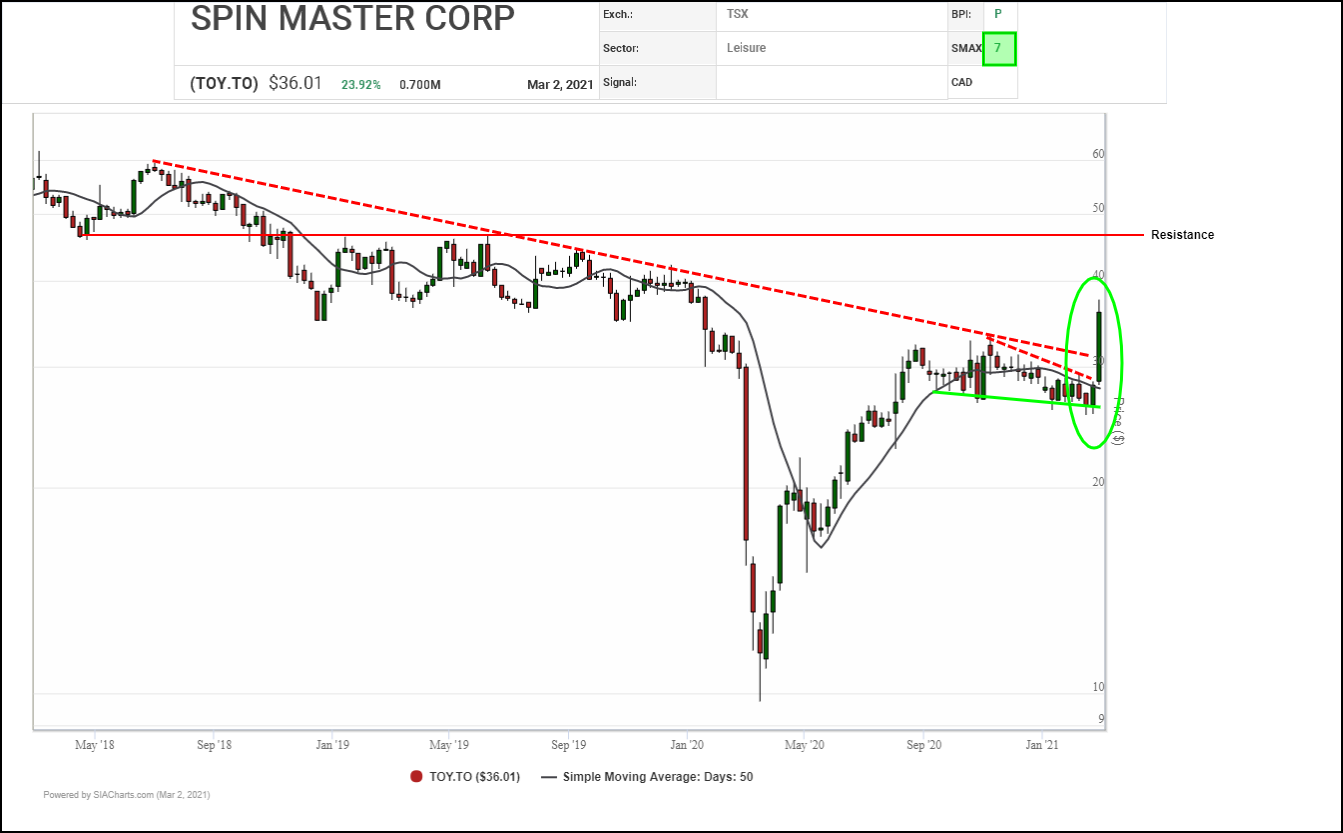 Spin Master (TOY.TO) staged a major breakout yesterday, completing a bullish Spread Double Top pattern, confirming the previous snapping of a downtrend line, completing a sideways consolidation phase that started back in September, and signaling the start of a new advance.

With a bullish SMAX score increasing to 7, TOY.TO is exhibiting near-term strength against the asset classes 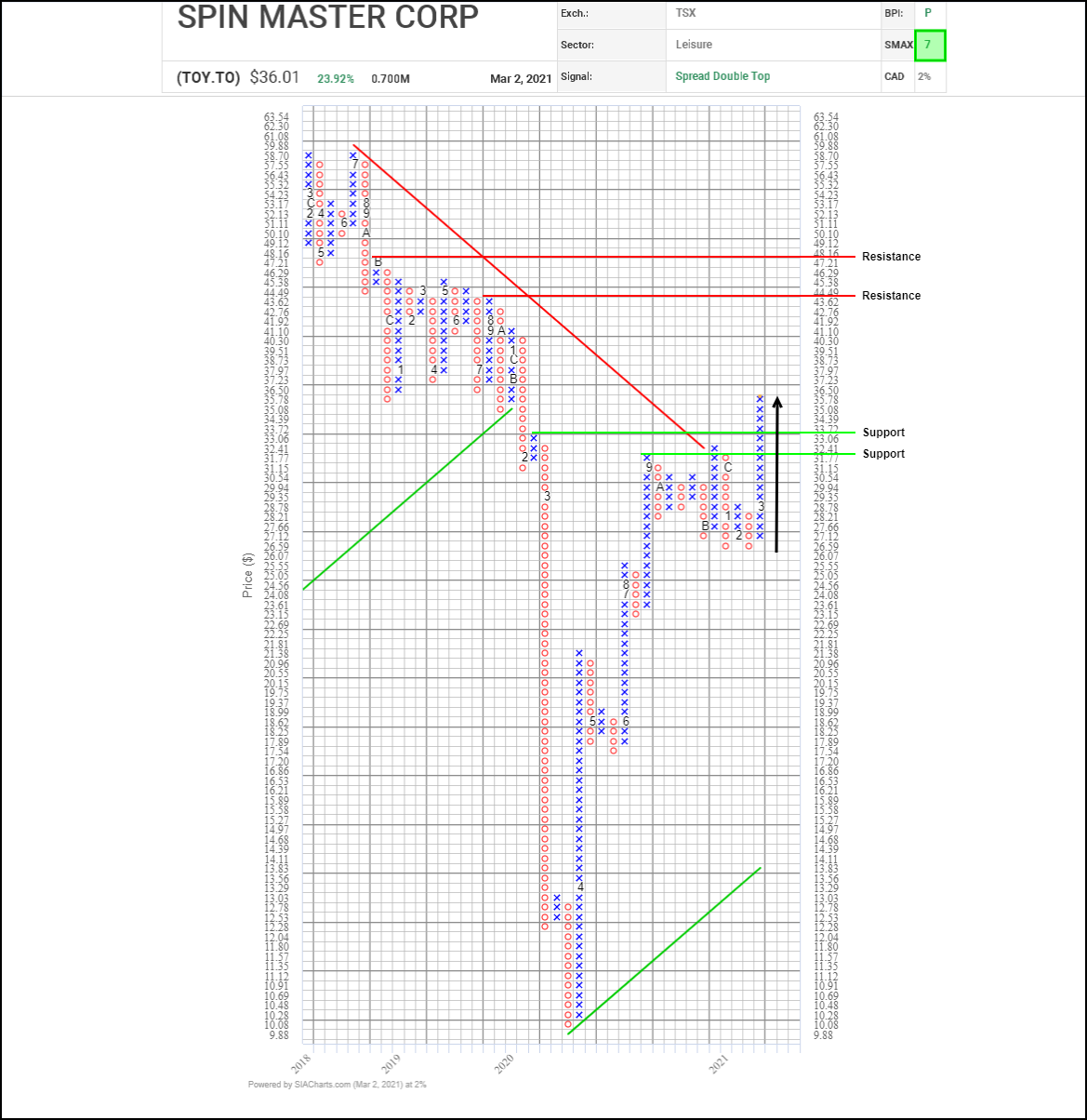