.With big banks attracting renewed interest, Citigroup (C) has returned to the Green Favored Zone of the SIA S&P 100 Index Report. Yesterday it finished in 23rd place, up four spots on the day and up 14 spots over the last month.

Citigroup (C) has been under renewed accumulation since November. Its first advance last fall rallied up off of $40.00, staged a breakaway gap through its 50-day average, snapped a downtrend line and completed a bullish Ascending Triangle breakout. A normal retest of the 50-day average and the triangle breakout point followed. In the last month, the shares have started to steadily climb once again with the completion of a second bullish Ascending Triangle breakout and yesterday’s close above $70.00 signaling the start of a new upleg.

Next potential resistance appears on trend near $80.00 where a round number, prior resistance and multiple measured moves cluster. Initial uptrend support moves up toward $65.00 followed by the 50-day average near $63.00. 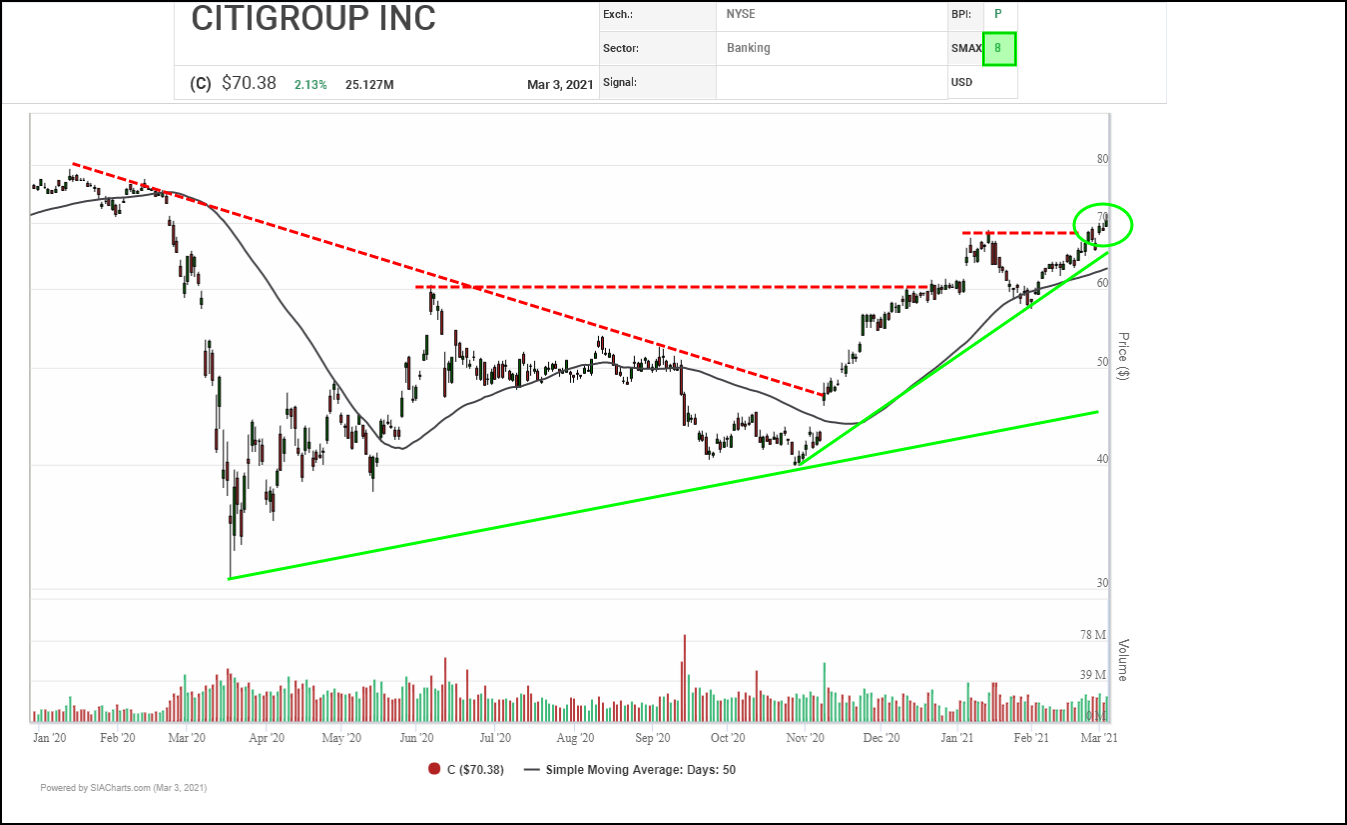 This week’s breakout in Citigroup (C) shares appears technically significant, not only completing a bullish Double Top pattern, but also clearing $69.30 for only the second time since 2018. This move signals the start of a new upleg within a larger uptrend which started back in November with the snapping of a downtrend line and the completion of bullish Spread Triple Top and Spread Double Top patterns which remain active.

Next potential upside resistance appears at the previous peak near $79.60 followed by $84.45 based on a horizontal count. Initial support appears near $64.00 based on a 3-box reversal.

With a bullish SMAX score of 8, C is exhibiting near-term strength against the asset classes. 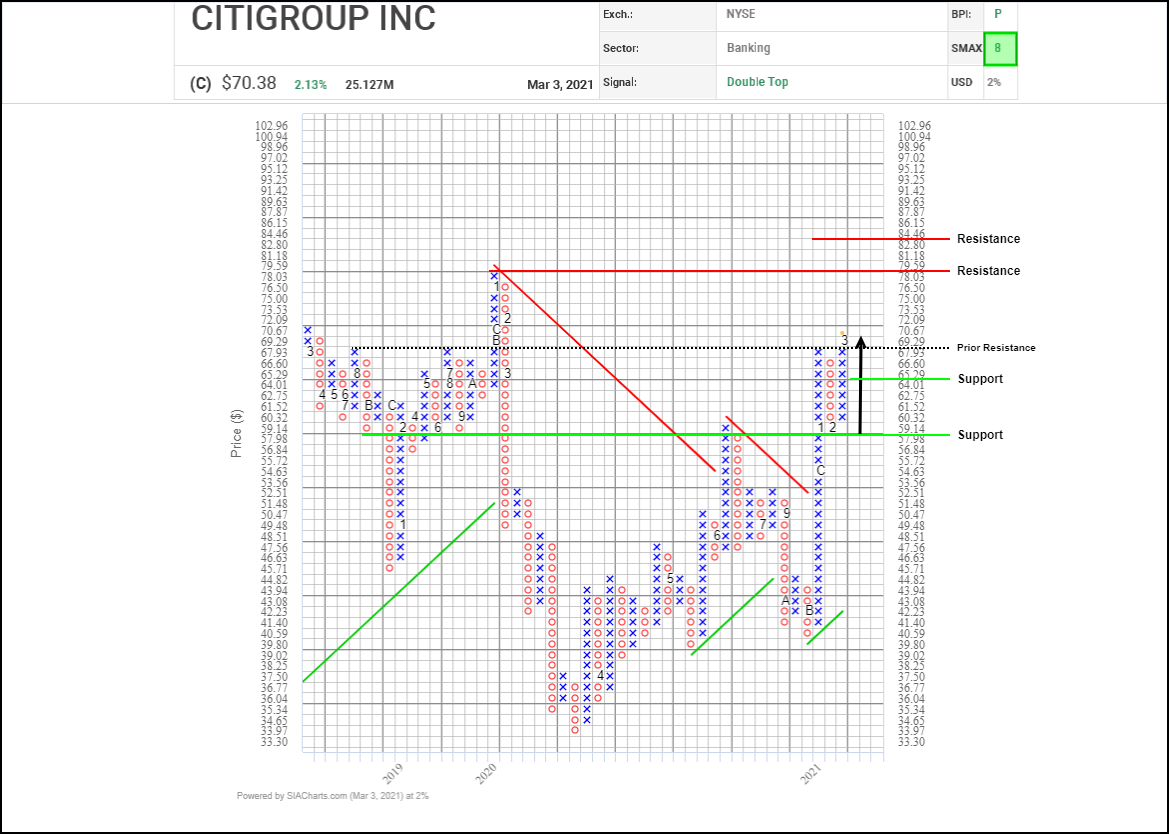