Exxon Mobil (XOM) has returned to the Green Favored Zone of the SIA S&P 100 Index Report for the first time in 12 years! It left the green zone in March of 2009 and spent over a decade stuck in the red zone until finally seeing its relative strength improve in a meaningful way earlier this year. Yesterday XOM it finished in 22nd place, up 7 spots on the day and up 37 spots over the last month.

Since completing a successful retest of $30.00 support back in October, Exxon Mobil (XOM) shares have been under renewed accumulation. Over the last several months, the shares have cleared a number of technical hurdles including snapping two downtrend lines, regaining both $40.00 and $50.00, establishing an upward trend of consistently higher lows and holding above its 50-day moving average after staging a breakaway gap up through its back in November. 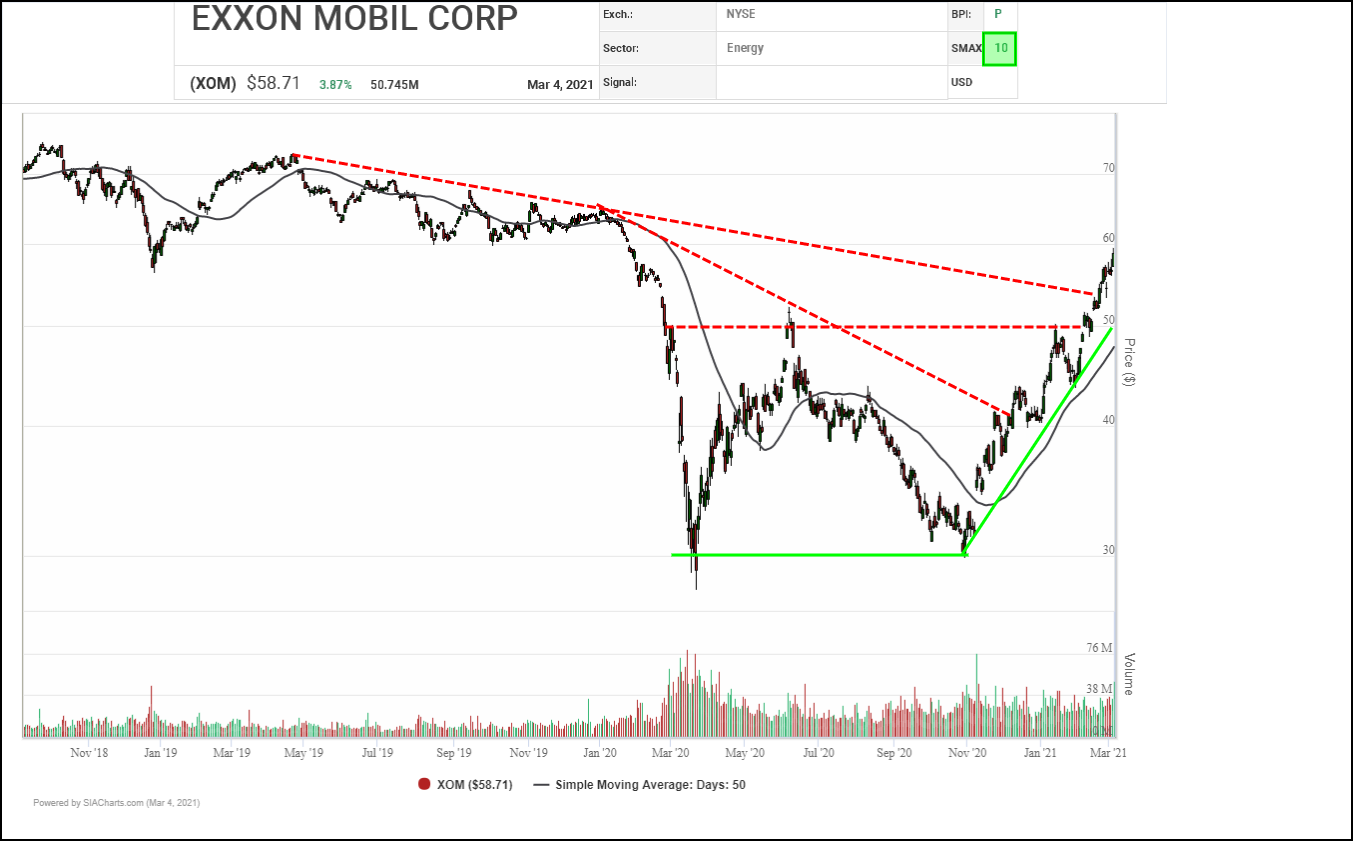 Although Exxon Mobil (XOM) shares bottomed out back in October with a successful retest of $30.00, renewed accumulation has become more clearly apparent since the start of this year. In January, the shares snapped a downtrend line. In February, they completed bullish Double Top and Spread Double Top breakouts. This week, the shares have regained $57.50, an old support level to confirm that the current upleg remains intact.

With a perfect SMAX score of 10, XOM is exhibiting near-term strength across the asset classes. 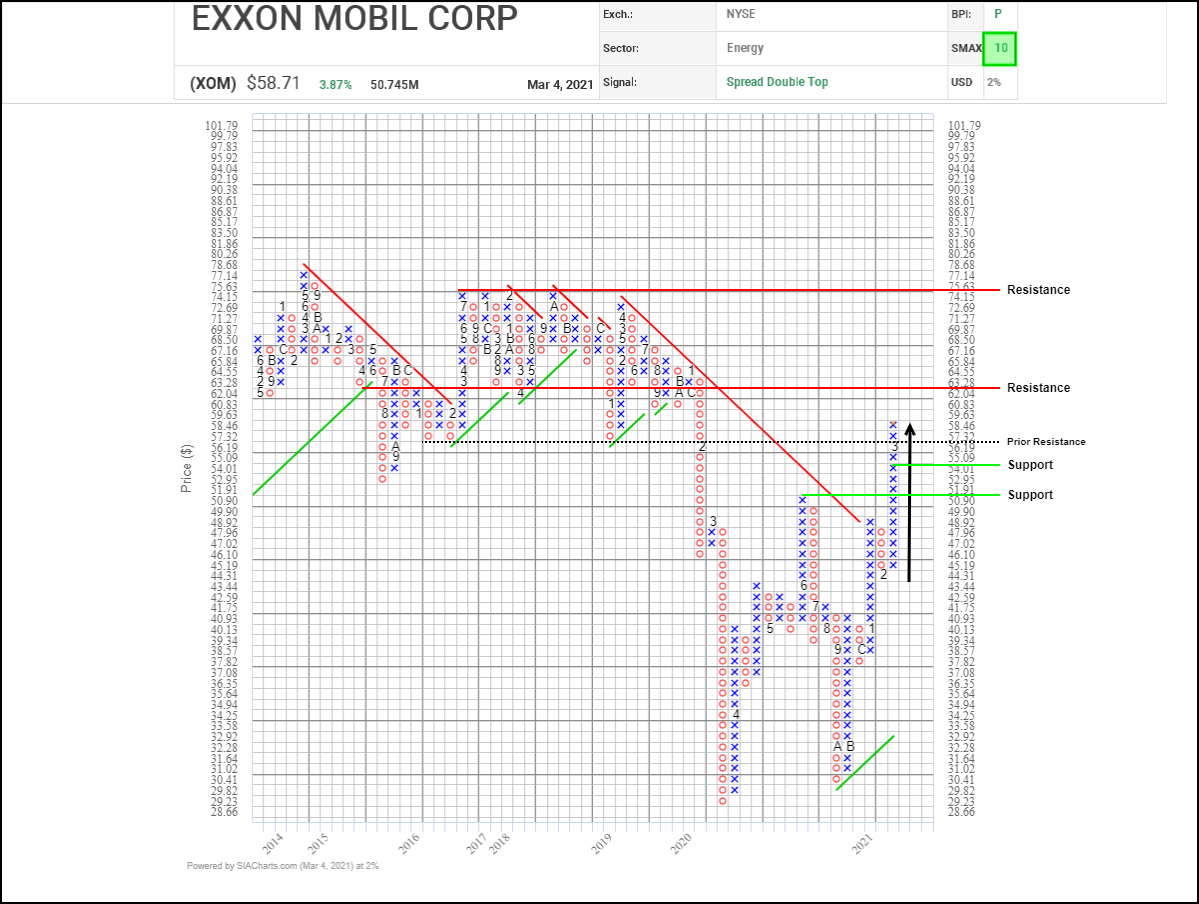