Vermillion Energy (VET.TO) continues to climb toward the top of the Green Favored Zone in the SIA S&P/TSX Composite Index Report. On Friday it finished in 5th place, up 178 spots over the last month and up 12 spots in the last week.

Since they gapped up through their 50-day average back in October, Vermillion Energy (VET.TO) shares have been under renewed accumulation, with an uptrend emerging on generally higher volumes indicating increased investor interest. Last month the shares completed a bullish Ascending Triangle base and last week, the shares broke out over $8.00 for the first time since June.

Currently, the shares are approaching initial resistance near $10.00 where a previous high, the top of an old gap and a round number cluster. A breakout there would confirm the start of a new upleg with next potential upside tests on trend near $12.00 based on a measure move, $16.00-$16.50 where a measured move and a previous support level converge, and the $20.00 round number. Initial support moves up to the $8.00 breakout point. 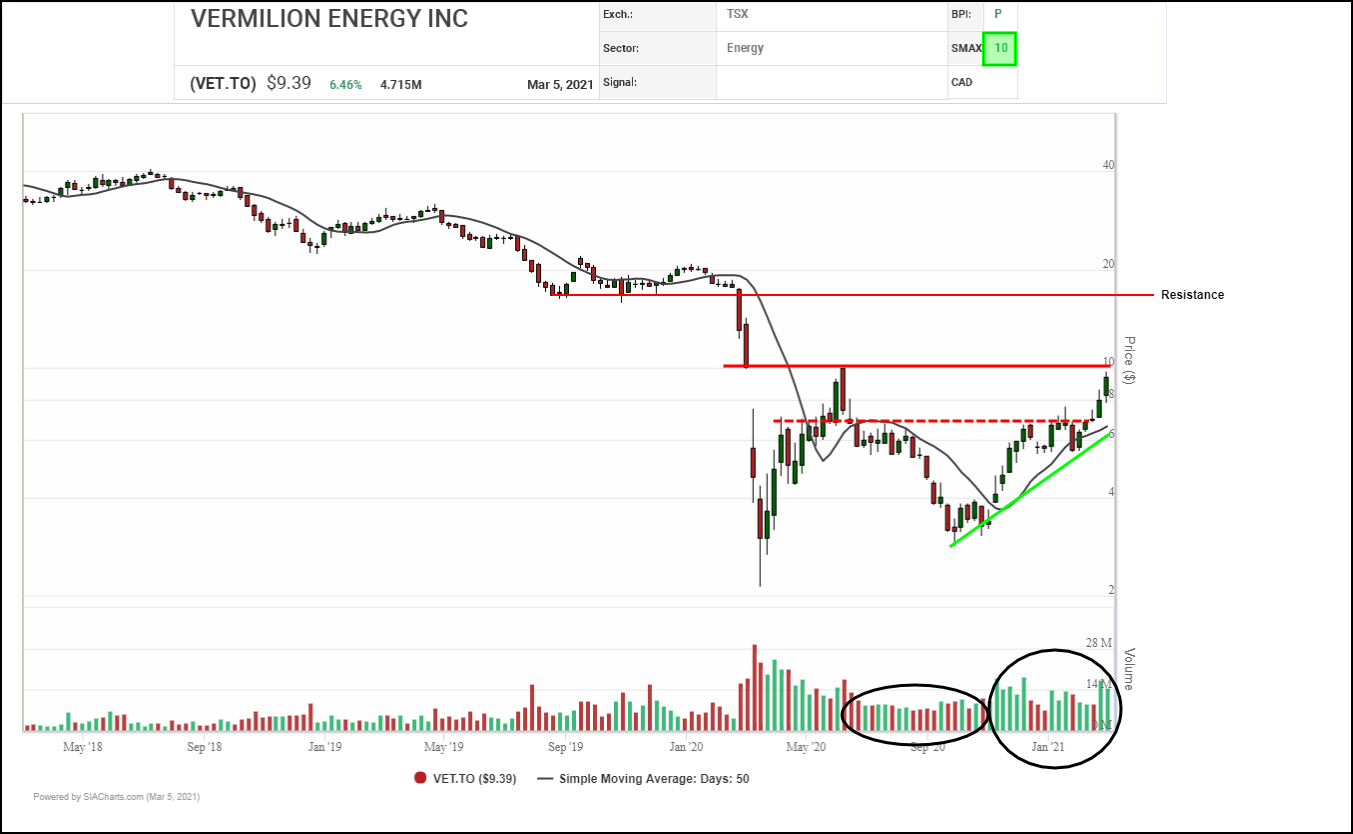 A new uptrend has been steadily emerging in Vermillion Energy (VET.TO) shares since October as shown by a series of consistently higher O column lows and a series of eight Double Top breakouts, including one last week which signaled the start of the latest upleg. Next potential upside resistance tests on trend appear near $10.00 where a round number and a previous high converge, then $11.35 based on a horizontal count, a downtrend line test near $12.05, $12.75 based on a vertical count, and $16.20 based on a previous column low. Initial support appears near $8.60 based on a 3-box reversal.

With a perfect SMAX score of 10, VET.TO is exhibiting near-term strength across the asset classes. 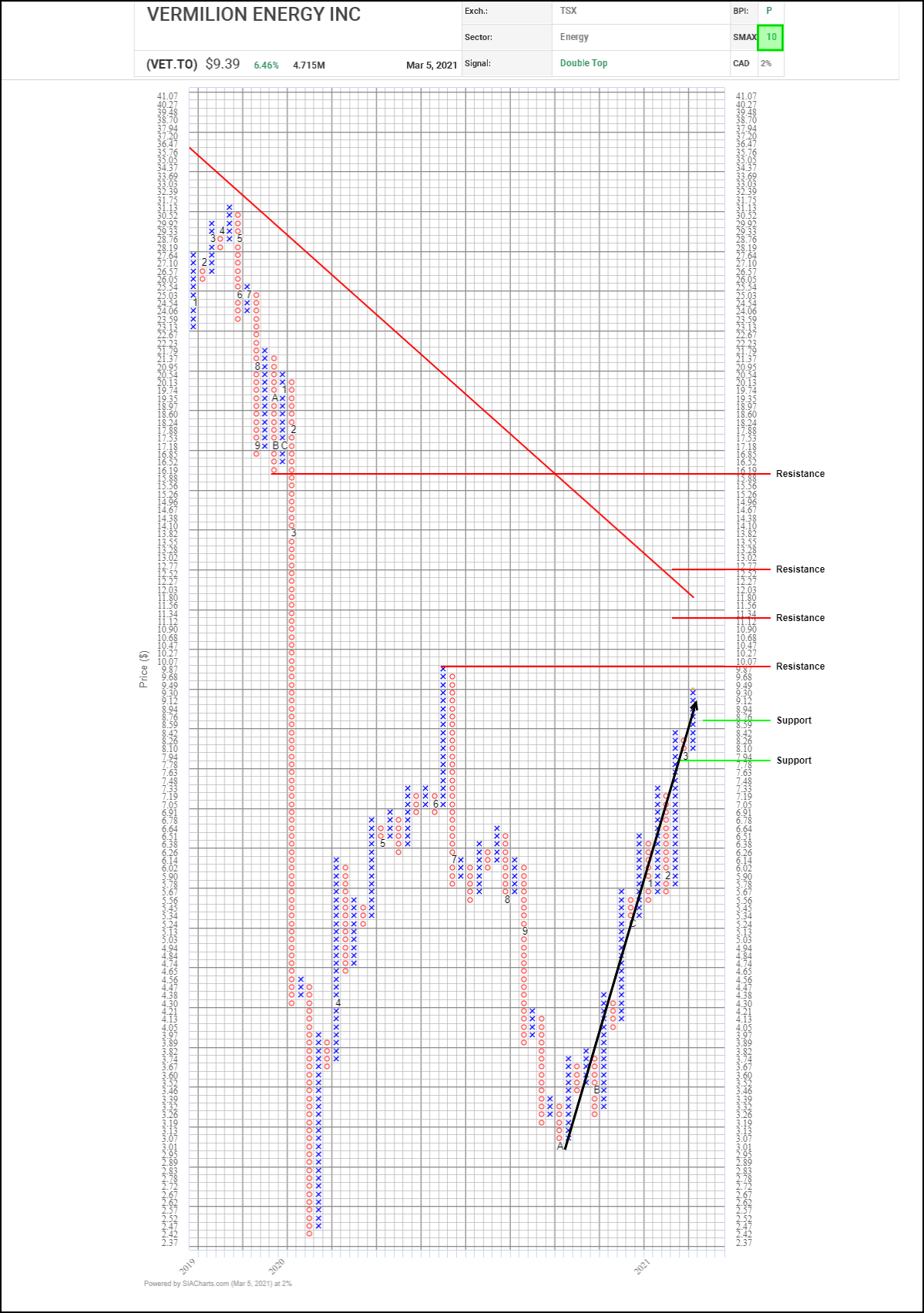