Chemical producer Dow Inc. (DOW) has consistently been in the Green Favored Zone of the SIA S&P 100 Index Report since June, and is currently on the rise once again. Yesterday the shares finished in 12th place, up 2 spots on the day and up 13 spots over the last month. Since we last mentioned DOW in the August 11th edition of the Daily Stock Report, the shares have climbed 47.3%.

For the last year, Dow Inc. (DOW) shares have been climbing in a rising channel of higher highs and higher lows. In recent weeks, the shares have broken out over $60.00, which reverses polarity to become initial support.

The shares have achieved another new all-time high this week, confirming that their underlying uptrend remains intact. Based on measured moves from the bullish Ascending Triangle base which formed between approximately $21.00 and $52.50 , next potential resistance may emerge in the $80.00 to $90.00 zone, particularly around $83.50. 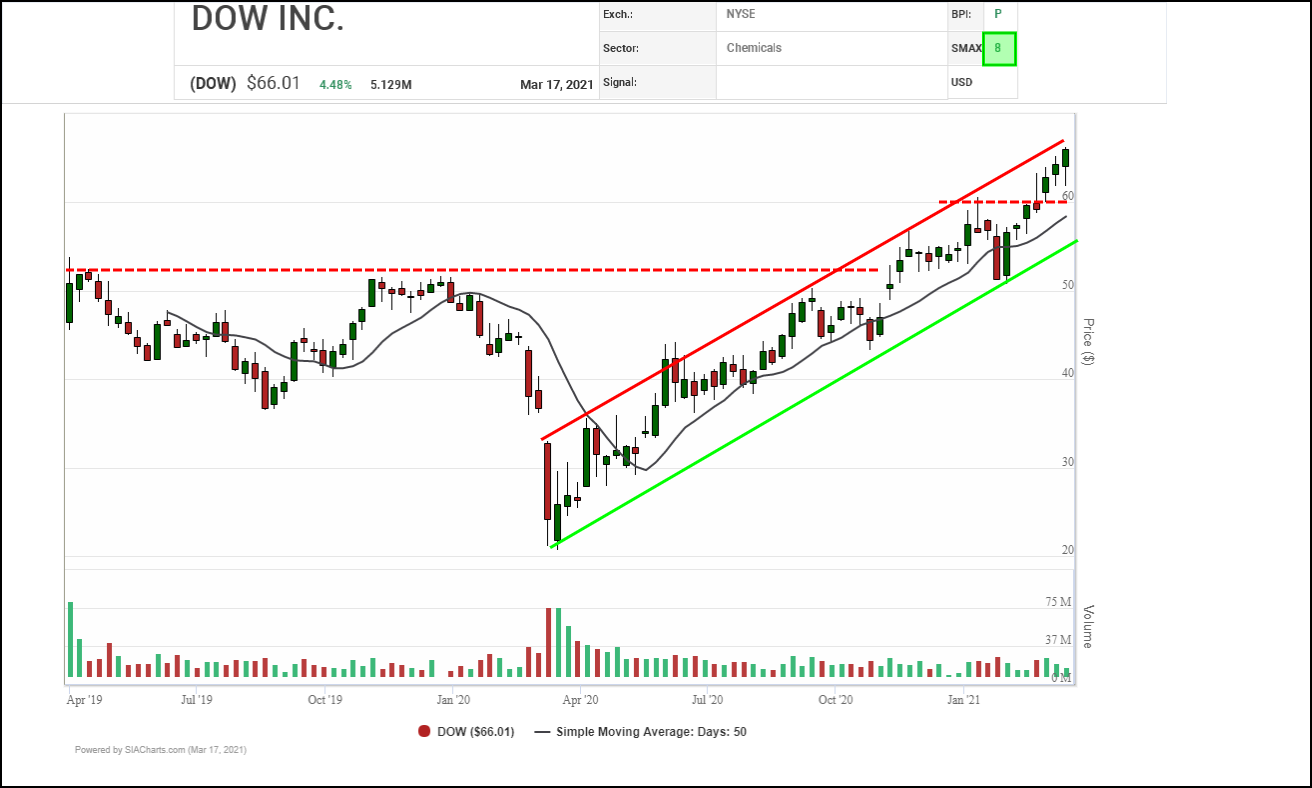 Since bottoming out about a year ago, Dow Inc. (DOW) shares have been under steady accumulation, steadily advancing in a step pattern of rallies followed by consolidation at higher levels. In addition to the ongoing series of consistently higher lows, note how the low in most of the consolidation phases is higher than the previous breakout point, a sign of strong underlying interest.

This month, DOW shares have broken out to the upside once again, completing a bullish Double Top and signaling the start of a new rally phase. Based on vertical and horizontal counts, next potential upside resistance tests on trend appear near $75.05, $81.25, $87.95 and $91.50. Initial support appears near $60.35 based on a 3-box reversal.

With a bullish SMAX score of 8, DOW is exhibiting near-term strength against the asset classes. 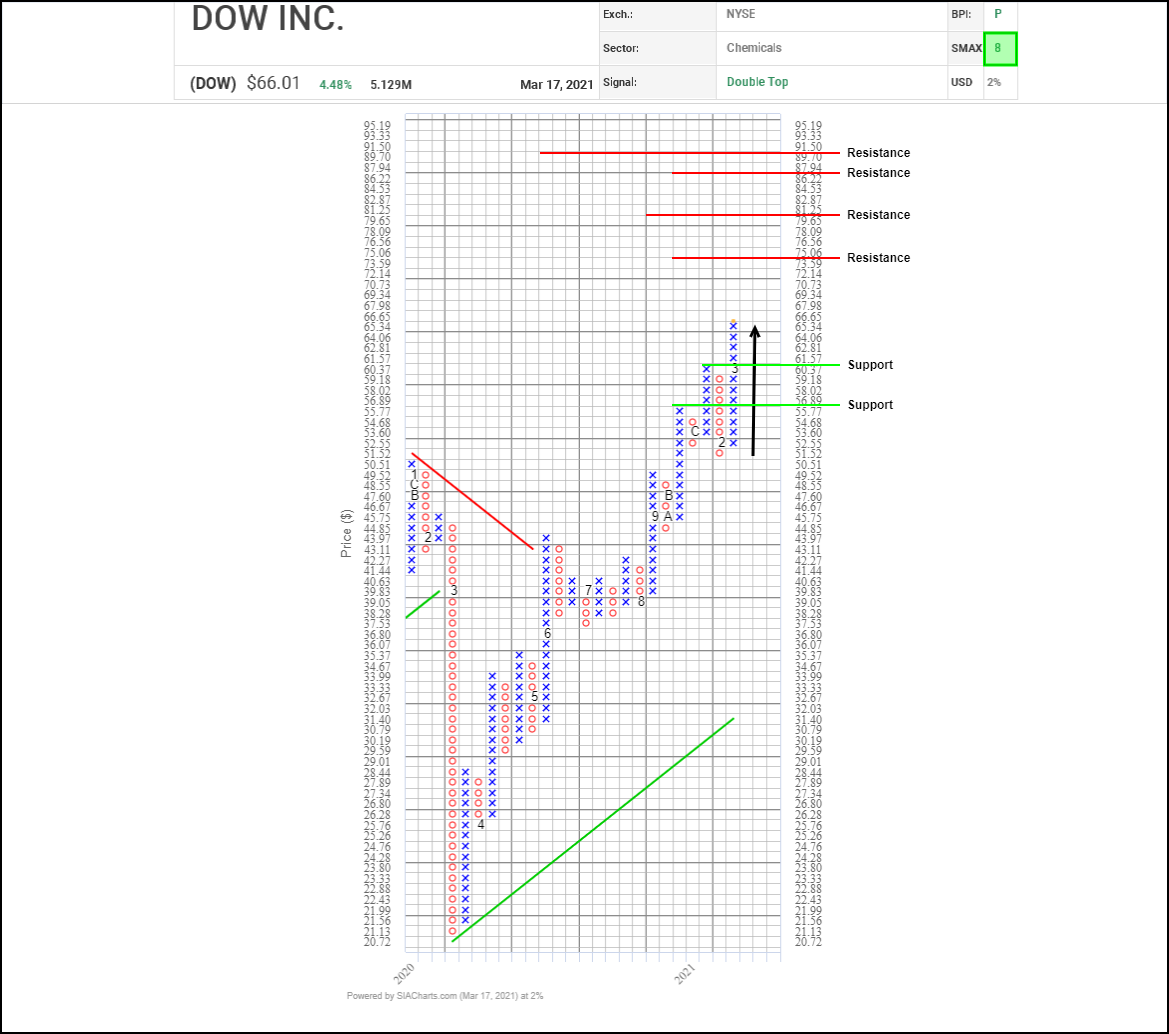