Since it was added in December, GFL Environmental (GFL.TO) has consistently been in the Green Favored Zone of the SIA S&P/TSX Composite Index Report. On Friday, it finished in 16th place, up 5 spots on the day and up 28 spots in the last month.

Continuing an upward trend of higher lows which accelerated back in October, and building on a recent breakout over $40.00, GFL Environmental (GLF.TO) shares broke out to a new all-time high on Friday above $43.00, completing a bullish Ascending Triangle pattern.

Based on measured moves from recent trading ranges, next potential upside resistance tests on trend appear near $47.50, the $50.00 round number, $52.50 and $55.00. Initial support appears near $40.00 a round number which has reversed polarity and become support after having previously been a resistance level. 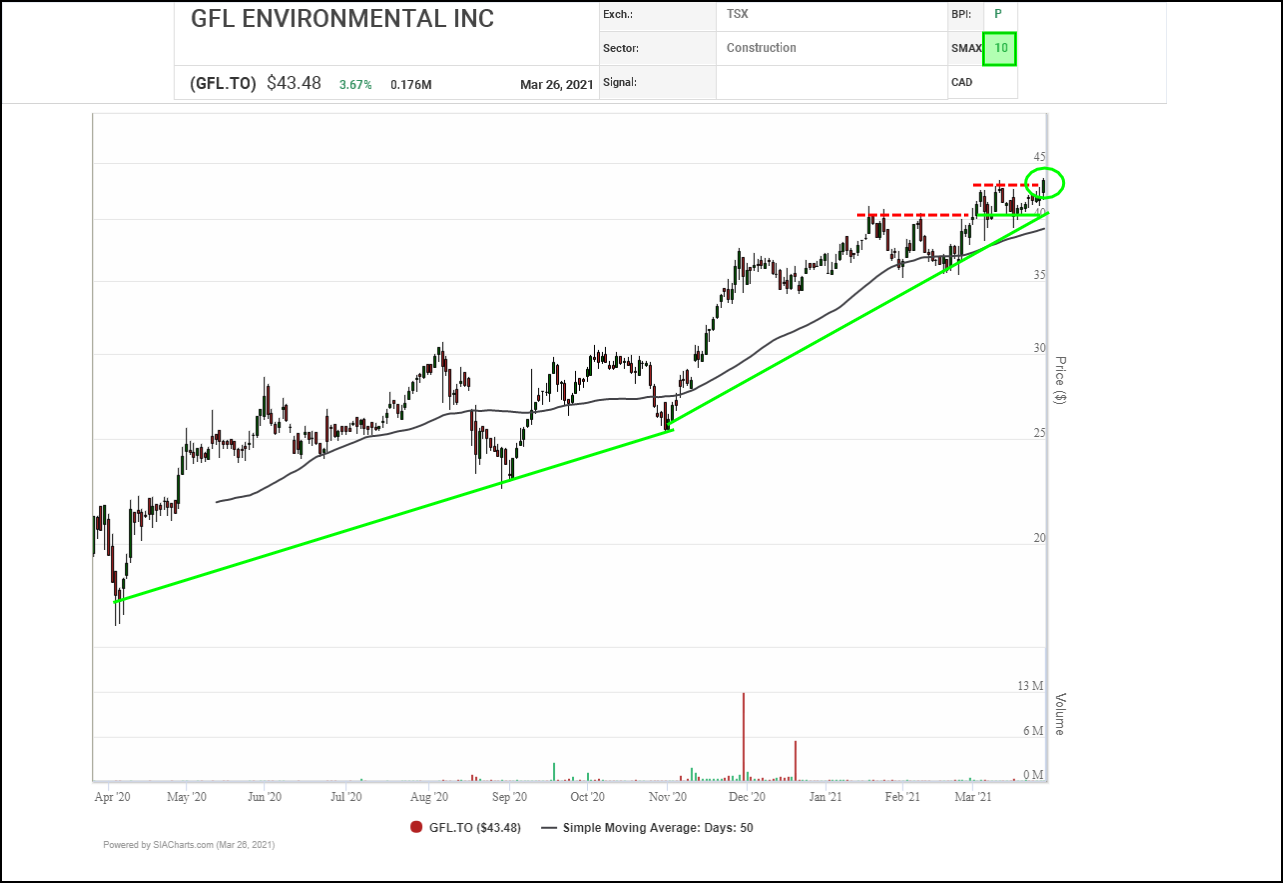 Since bottoming out nearly a year ago, GFL Environmental (GFL.TO) shares have been under accumulation, advancing in a step pattern of high pole rallies followed by periods of consolidation at higher levels. The shares recently embarked on a new rally phase with a breakout over $40.00 completing a bullish Spread Double Top pattern.

Next potential upside resistance levels on trend cluster around the $50.00 round number, near $48.40, $51.35 and $53.45, all of which are based on vertical and horizontal counts. Initial support appears near $39.70 where a retest of the recent breakout point and a 3-box reversal converge.

With a perfect SMAX score of 10, GFL.TO is exhibiting near-term strength across the asset classes. 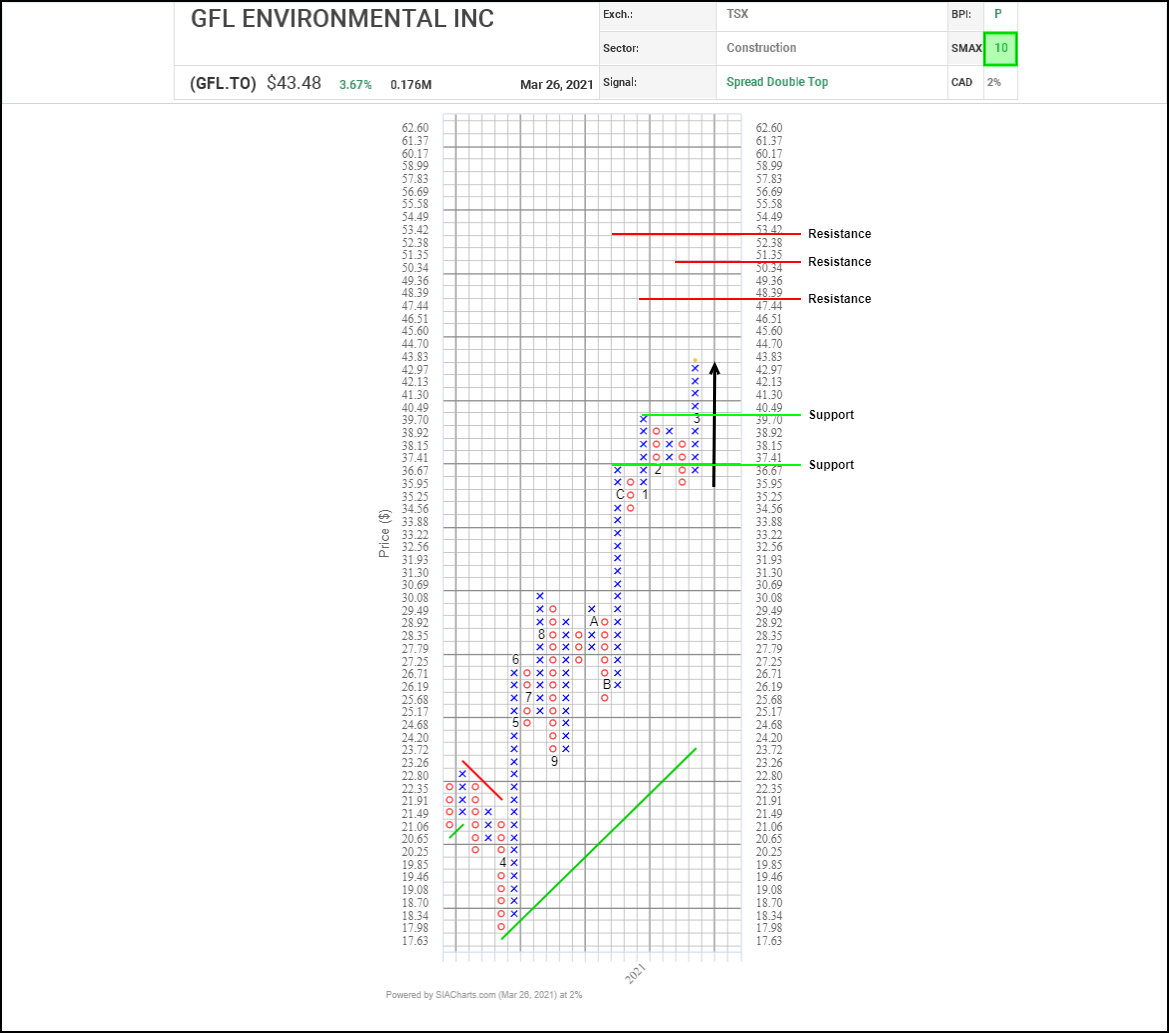