Packaged foods producer Kraft Heinz (KHC) recently returned to the Green Favored Zone of the SIA NASDAQ 100 Index Report for the first time since November of 2016. The shares rose 3 spots yesterday to 16th place and are up 37 spots in the last month.

Over the last year, a recovery in Kraft Heinz (KHC) shares has unfolded in three stages; an initial rally from $20.00 to $35.00 in the spring of 2020, a six-month sideways consolidation phase between $30.00 and $35.00 which ran from August to February, and the current rally phase which started with a breakout over $35.00 last month and was confirmed yesterday with a breakout over $40.00.

A combination of measured moves, previous support/resistance and a round number suggest some initial resistance may emerge near $45.00 and then closer to $50.00. Initial support appears at the 50-day average near $36.00. 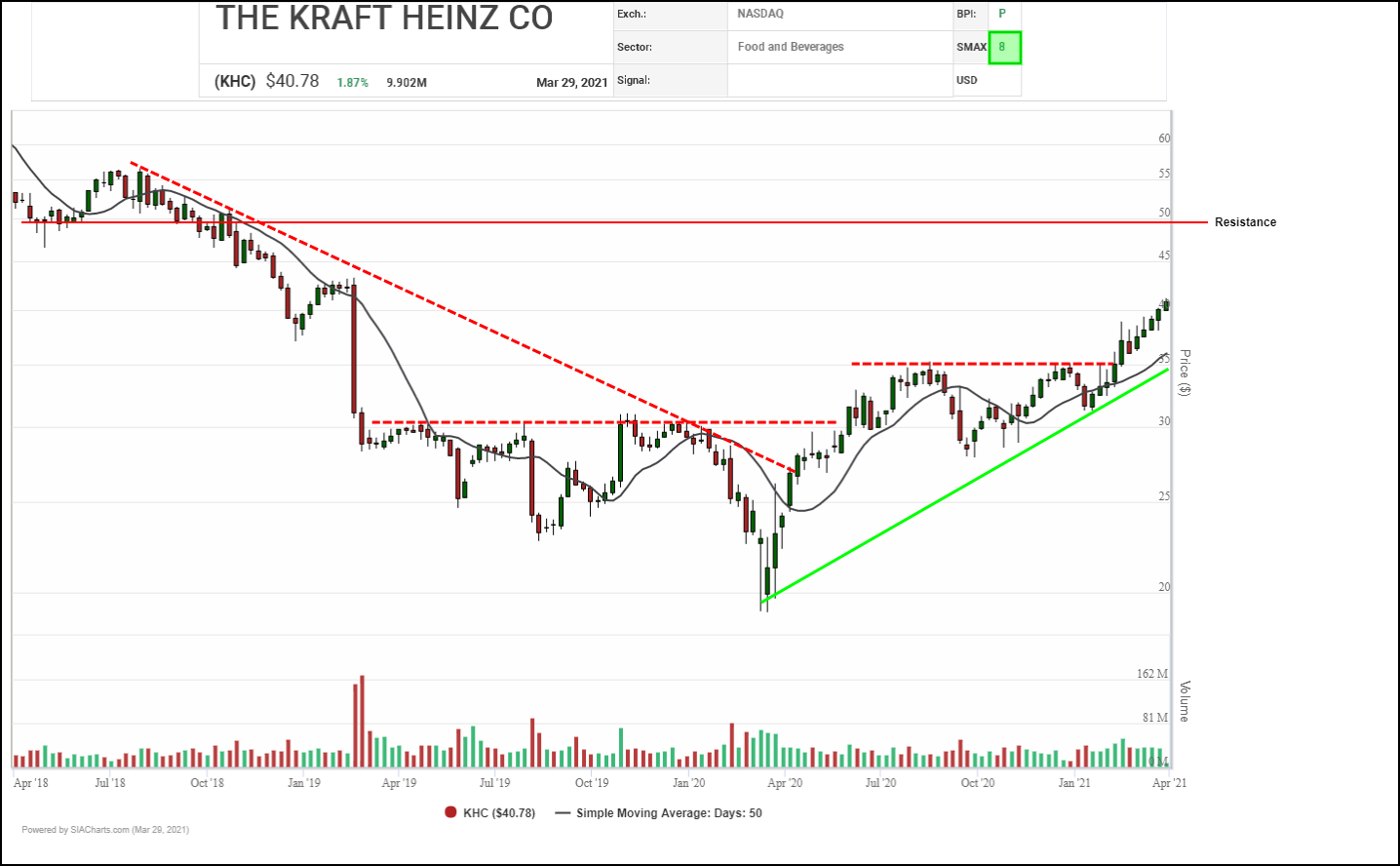 Kraft Heinz (KHC) shares continue to build on a recent bullish Spread Triple Top breakout that signaled the start of a new upleg in the upward trend which started a year ago.

With a bullish SMAX score of 8, KHC is exhibiting near-term strength against the asset classes. 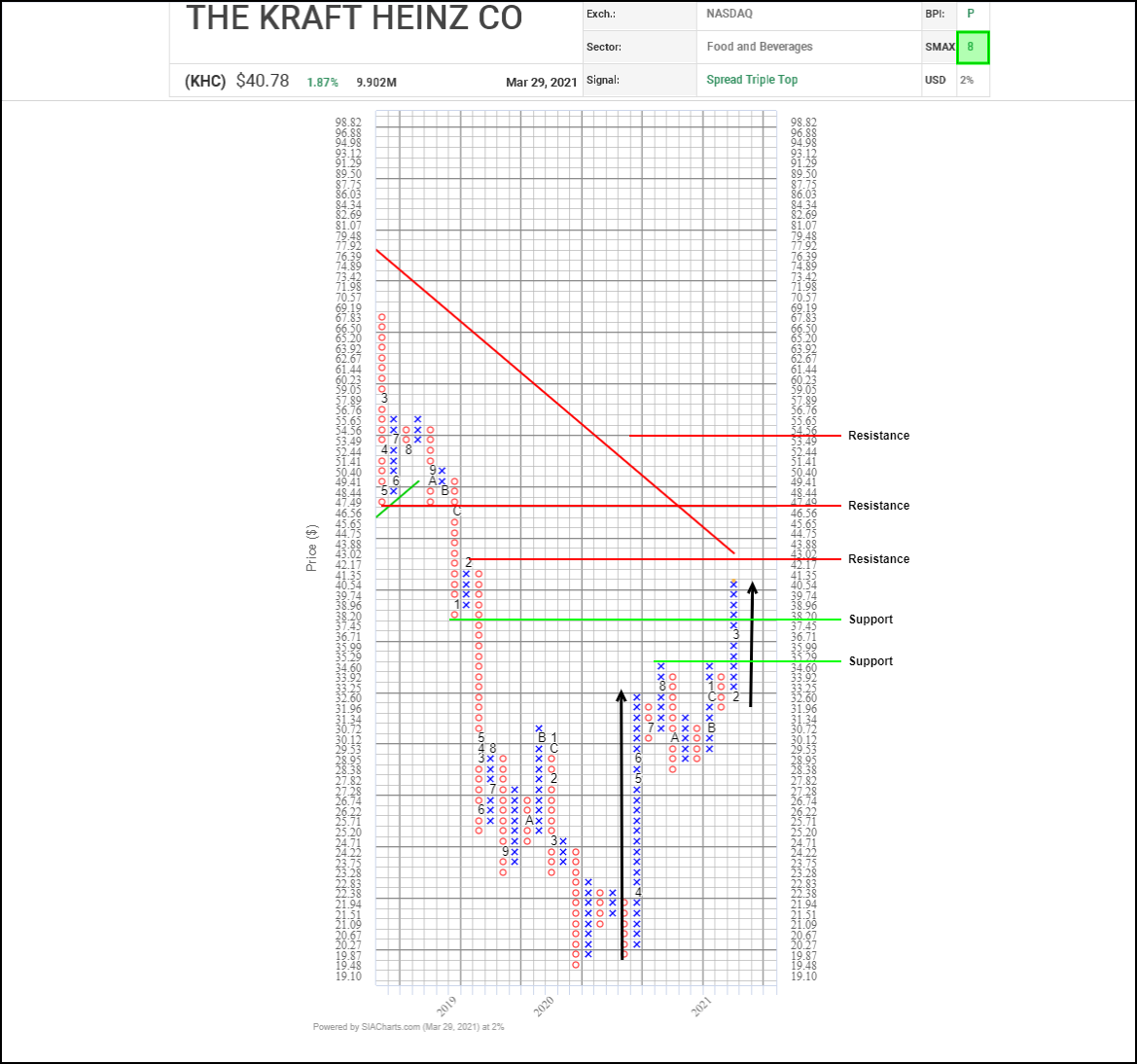