A major breakout is underway in Lam Research shares (LRCX). Last week, the shares gapped upward two days in a row on an uptick in volume, indicating renewed interest. By blasting through $600.00 on Friday, the shares completed a bullish Ascending Triangle pattern ending a consolidation phase and signaling the start of a new advance.

Measured moves from trading ranges within the triangle suggest potential upside resistance tests near $580-$600, then $680-$700 on trend. Initial support appears near $600, where a round number and a retest of the recent breakout point converge. 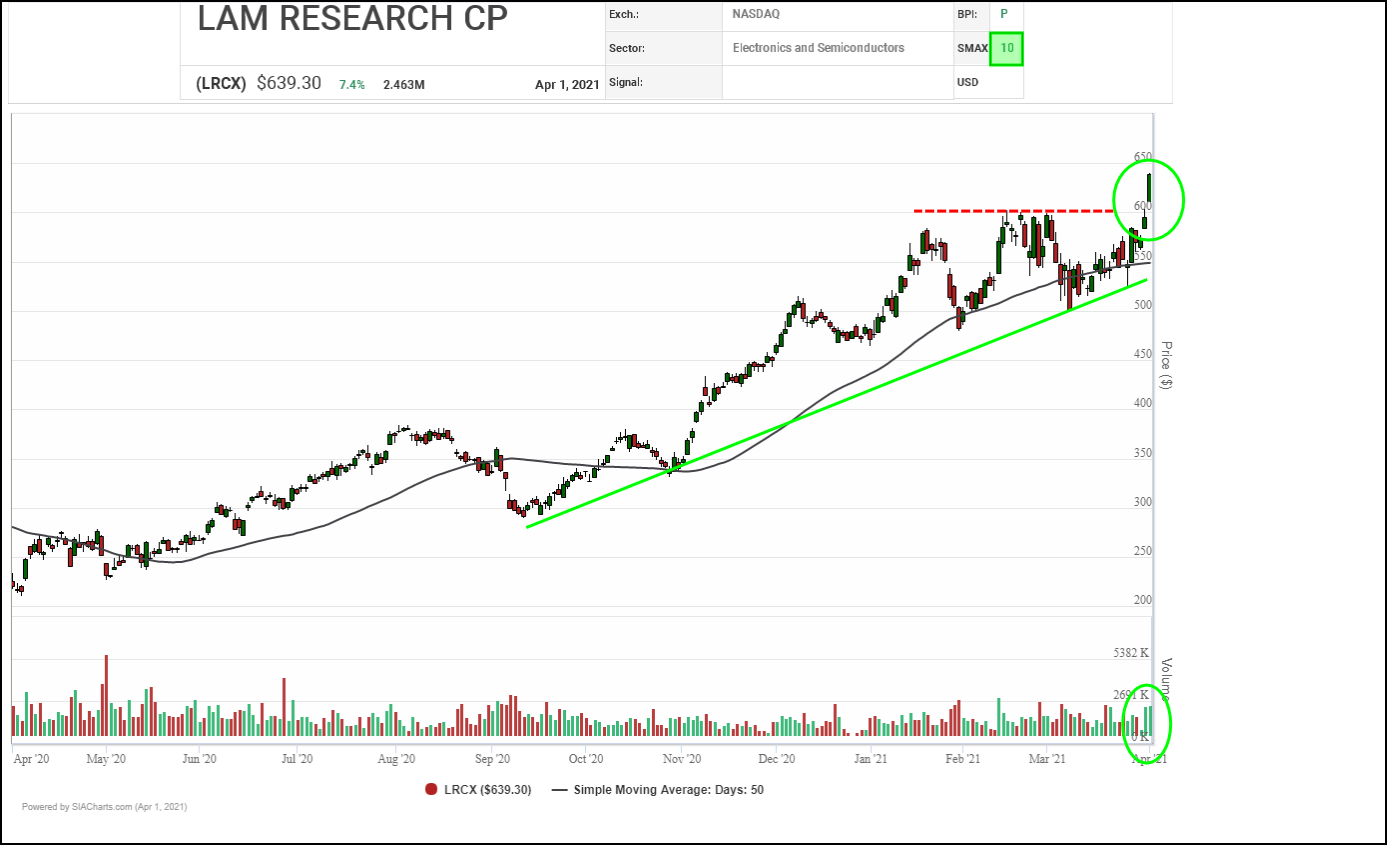 Lam Research (LRCX) kicked off April by rallying to a new all-time high and completing a bullish Triple Top pattern. This big breakout calls off a previous double bottom, completes a consolidation phase that started back in February, and signals the start of a new upleg within an upward trend which started over a year ago. Based on horizontal and vertical counts, next potential upside resistance tests on trend appear near $685.00, $726.95 nd $771.40 on trend. Initial support appears near $584.65 based on a 3-box reversal.

With a perfect SMAX score of 10, LRCX is exhibiting near-term strength across the asset classes. 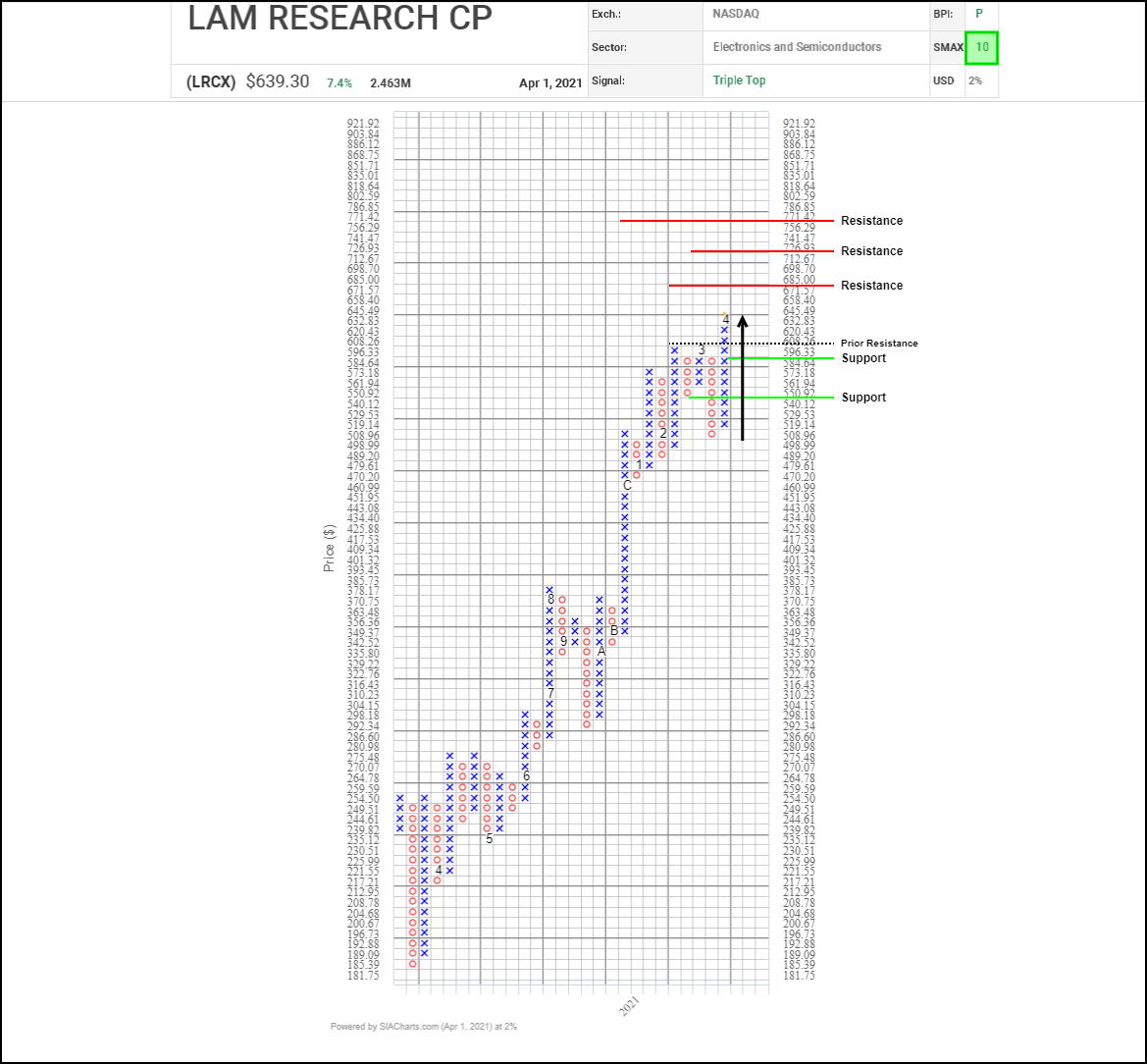