Forest products producer Interfor* (IFP.TO) recently returned to the Green Favored Zone of the SIA S&P/TSX Composite Index Report from a brief dip into the yellow zone. Yesterday the shares moved to 15th place, up 5 spots on the day and up 54 spots over the last month.

Shares broke out to a new high yesterday closing above $30.00. The shares have been under accumulation for over a year now. Last spring they snapped out of a long-term downtrend and have continued to advance. In recent weeks the shares had been consolidating between $22.75 and $30.00, but this stalemate has been resolved by yesterday’s breakout which signals the start of a new advance.

*Shares of Interfor are held in portfolios managed by SIA Wealth Management. 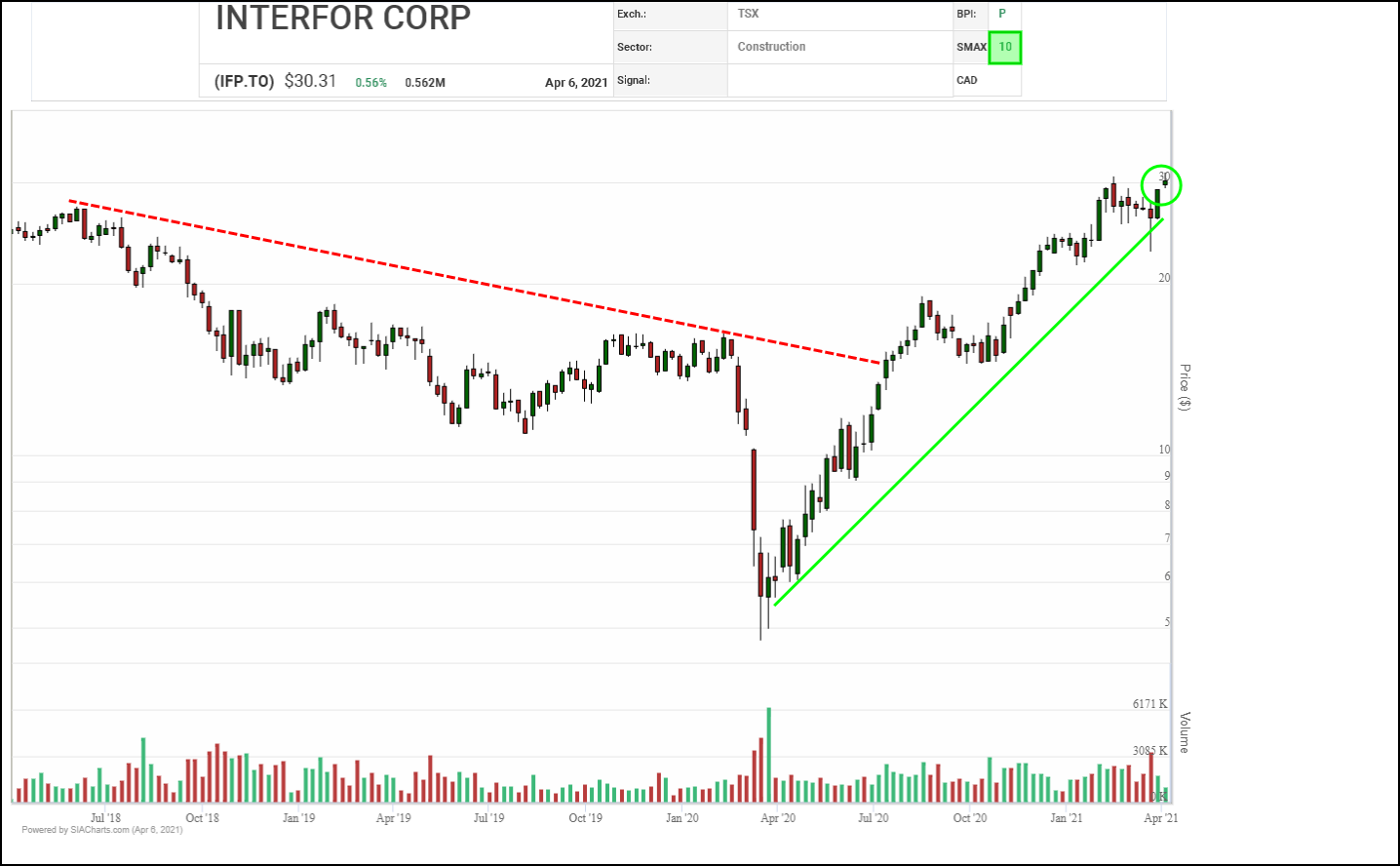 Yesterday’s breakout close above $30.00 for Interfor* (IFP.TO) shares has completed the latest in a series of positive pattern completions, this time a bullish Double Top, signaling the start of a new upleg.

Based on vertical and horizontal counts, next potential upside resistance appears near $34.45 then $38.80 on trend. Initial

support appears near $27.70 based on a common 3-box reversal.

With a perfect SMAX score of 10, IFP.TO is exhibiting near-term strength across the asset classes.

*Shares of Interfor are held in portfolios managed by SIA Wealth Management. 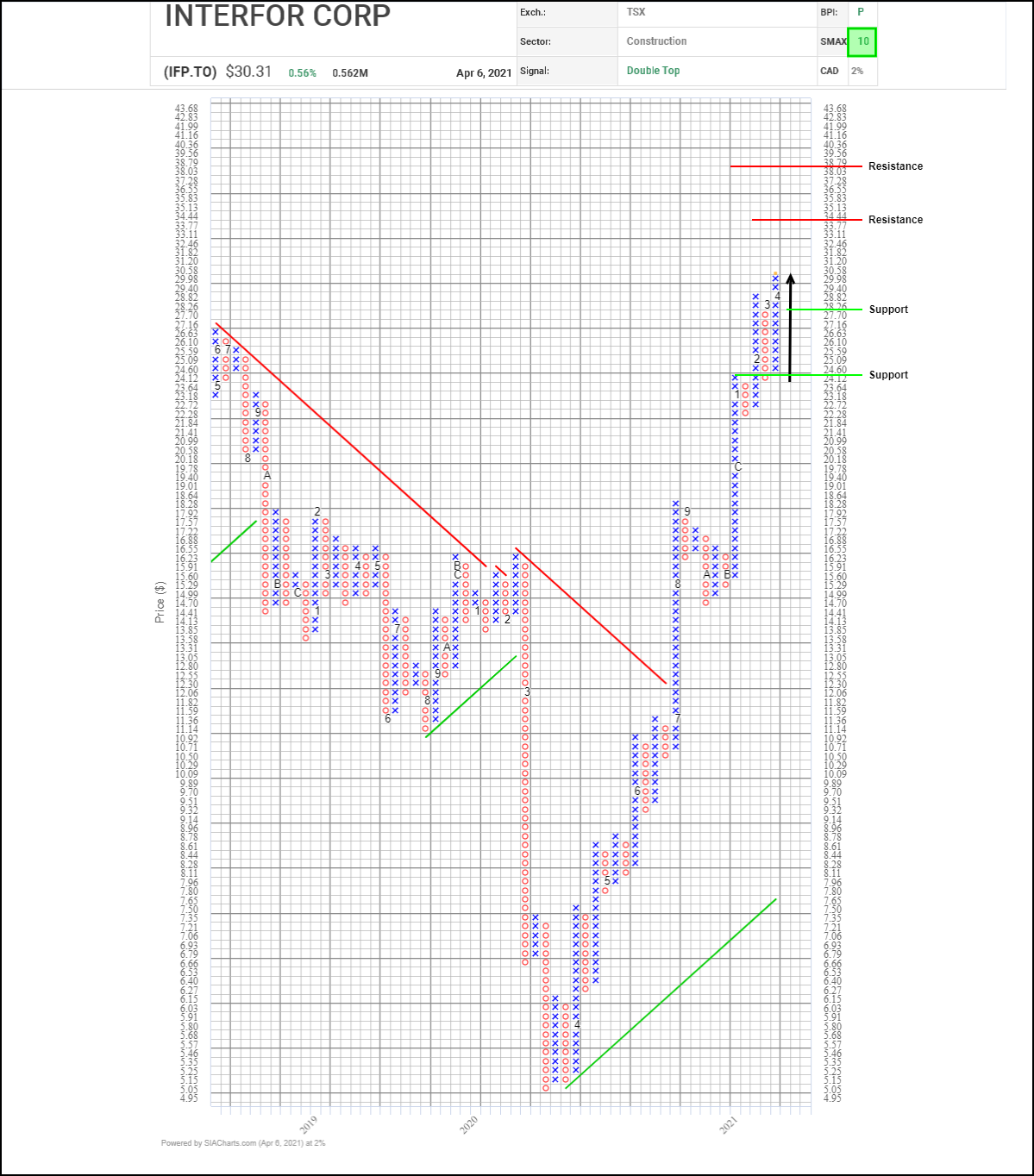