eCommerce and point of sale software producer Lightspeed POS (LSPD.TO) recently returned to the Green Favored Zone of the SIA S&P/TSX Composite Index Report from a brief dip down into the red zone.

Yesterday the shares finished in 30th place, up 16 spots on the day and up 102 spots over the last month.

A recent correction in Lightspeed POS (LSPD.TO) shares appears to have run its course, with the shares rallying up off of a successful retest of $72.00, snapping a short-term downtrend line, regaining $90.00 and challenging a recent high near $92.00.

A breakout there would confirm the start of a new upswing with initial resistance possible in the $100.00 to $104.00 area between a round number and the previous peak set back in February, followed by $112.00 based on a measured move from the current trading range. Initial support appears near $85.00 the extension of the previous downtrend line. 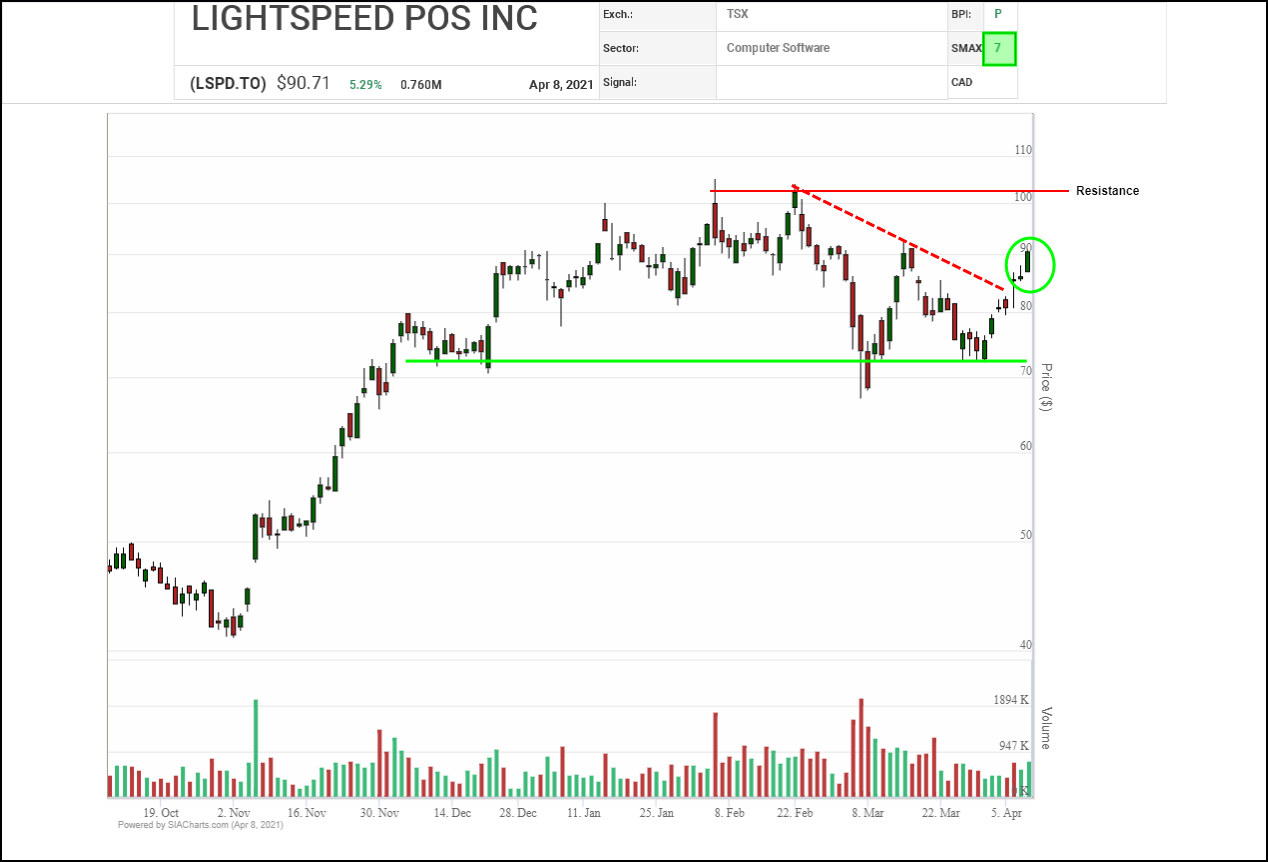 The upward trend in Lightspeed POS (LSPD.TO) which started a year ago and really kicked into gear back in November has started to reassert itself following a correction. Yesterday the shares staged a bullish Double Top breakout over $90.00, signaling the start of a new upswing and calling off a previous bearish Triple Bottom signal.

With a bullish SMAX score of 7, LSPD.TO is exhibiting near-term strength against the asset classes. 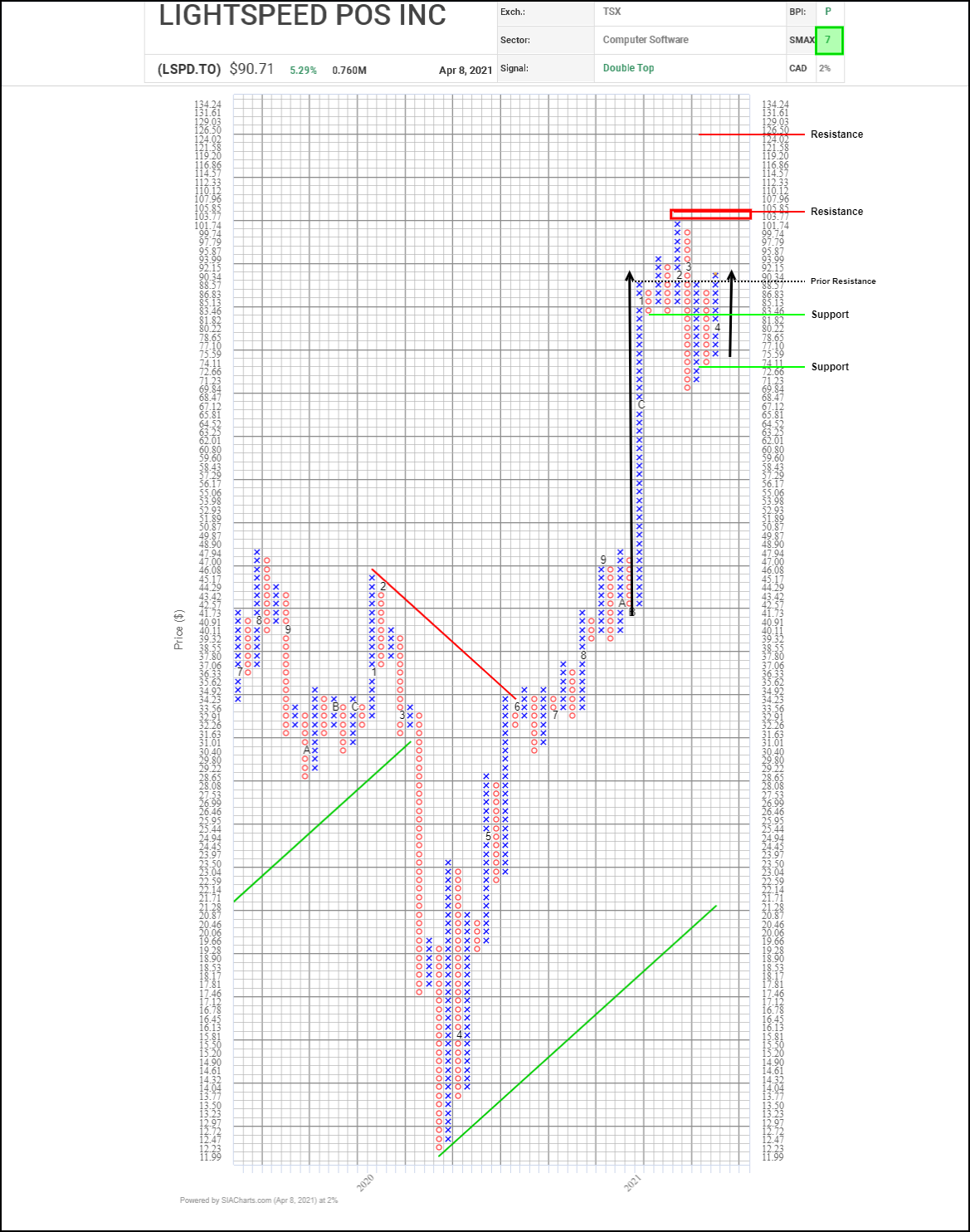