Westshore Terminals (WTE.TO) recently returned to the Green Favored Zone of the SIA S&P/TSX Composite Index Report for the first time since late 2018. On Friday, the shares finished in 50th place up 2 spots on the day and up 26 places in the last month.

A major breakout is underway in Westshore Terminals (WTE.TO) shares. Not only did they retake the $20.00 round number last week, they snapped a long-term downtrend line that had dated back to 2018. This action confirms the start of a new uptrend which had been initially signaled by the completion of a bullish Ascending Triangle pattern by a breakout over $17.50 earlier this year. 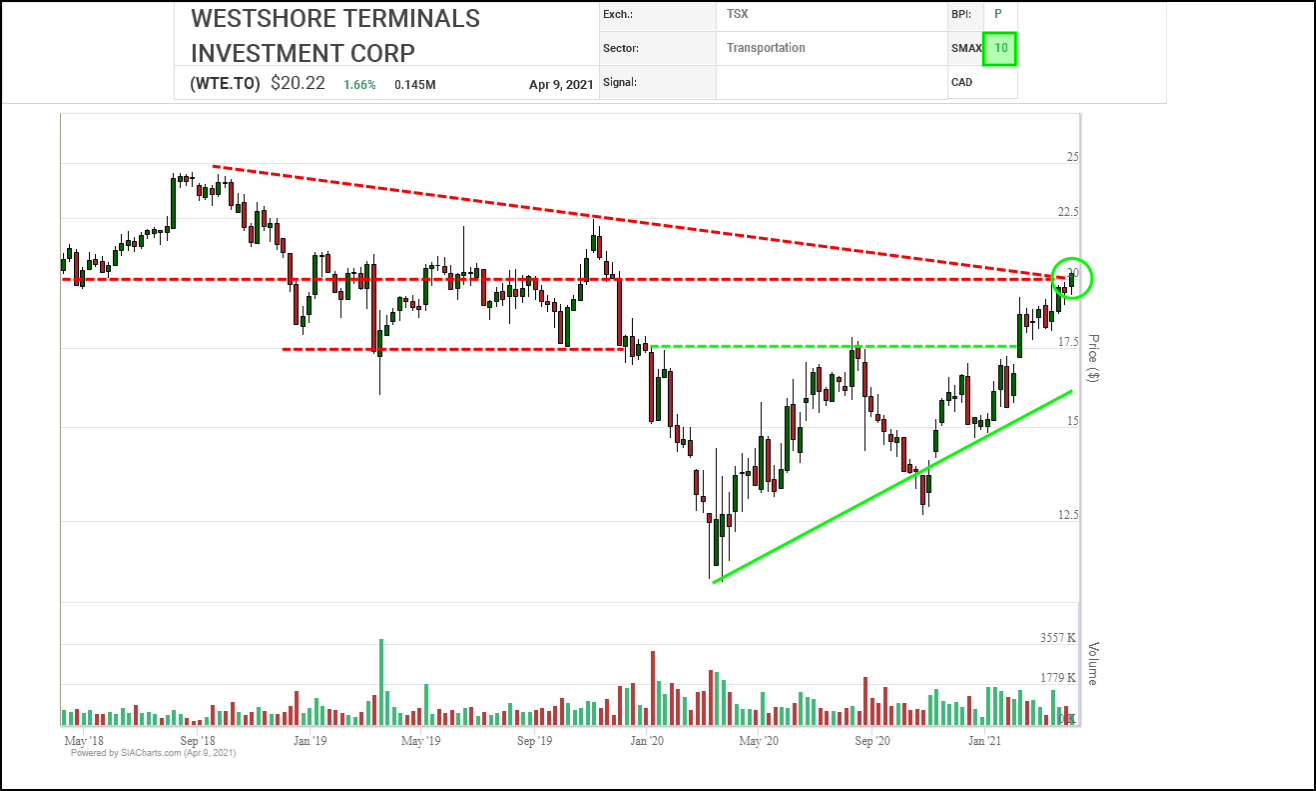 breakout over $18.00 which confirmed a previous Spread Triple Top breakout and confirmed the start of a new uptrend. Since then, the shares have continued to steadily climb building a high pole with the lack of even a common 3-box correction indicating strong underlying investor support. On Friday, the shares closed above $20.00 for the first time since late 2019, indicating continuing accumulation.

Next potential upside resistance tests on trend appear near $21.30, $22.15 and $25.00 based on a combination of previous column highs. Initial support appears near $18.50 based on a 3-box reversal.

With a perfect SMAX score of 10, WTE.TO is exhibiting near-term strength across the asset classes. 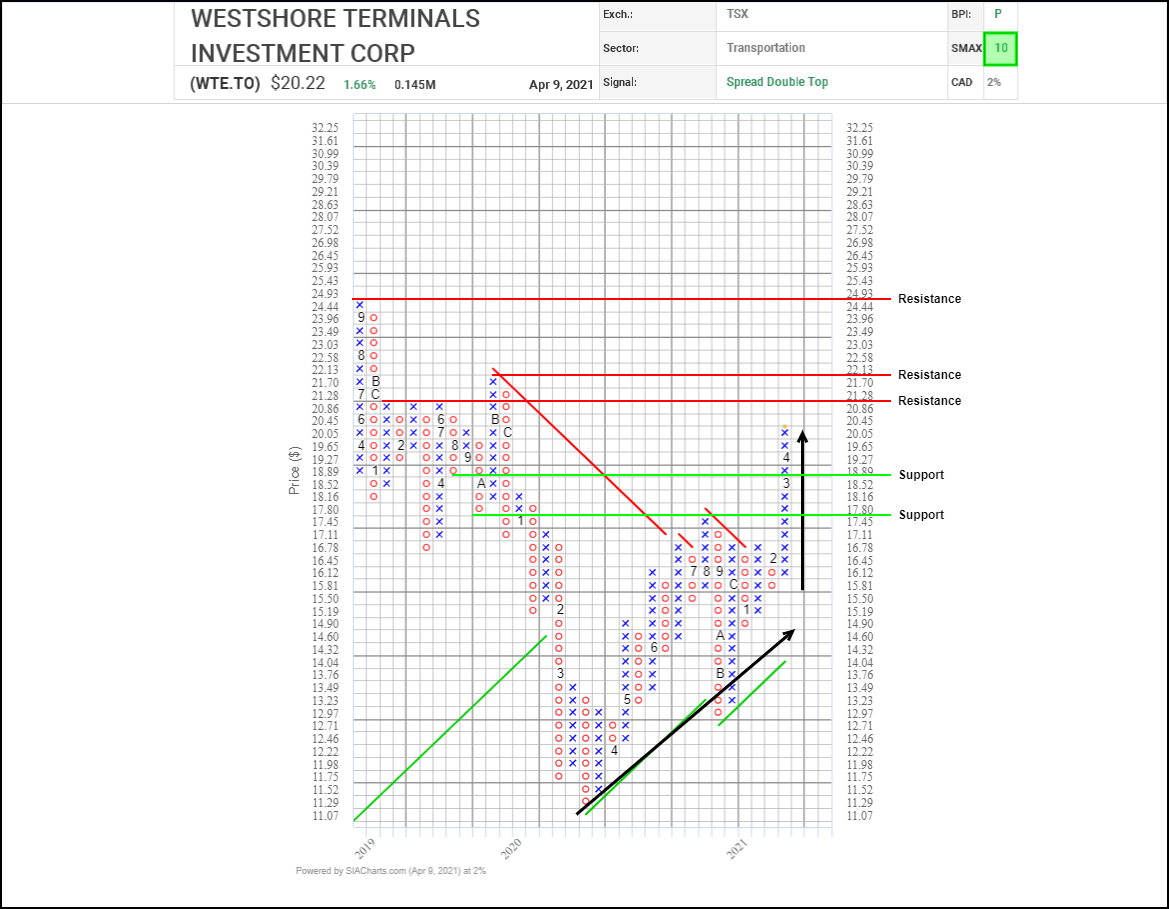