Canadian Tire* (CTC.A.TO) recently returned to the Green Favored Zone of the SIA S&P/TSX 60 Index Report from a short and shallow dip into the yellow zone.

Last week’s major breakout through the top of a $160-$180 channel to a new all-time high, not only signals the start of a new upleg, it continues a trend of positive technical signals that have emerged over the last year including breaking through its 50-day average a year ago, snapping a downtrend last October, then clearing $160 to claw back all its bear market losses and retesting it as new support between November and now.

*Shares of Canadian Tire are held in some portfolios managed by SIA Wealth Management. 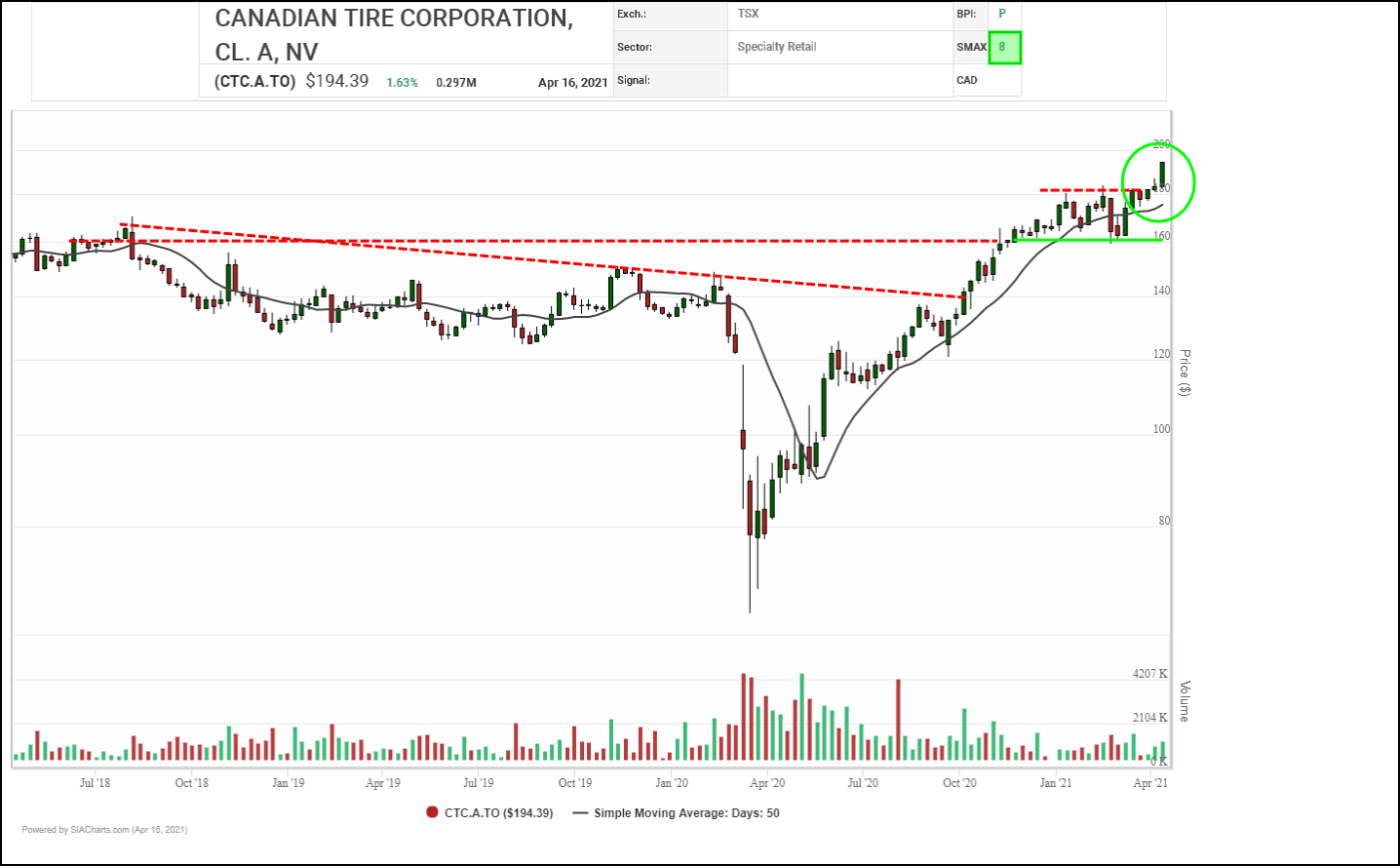 Earlier this month, Canadian Tire* (CTC.A.TO) shares ended a consolidation phase with a major breakout to a new all-time high, which completed a bullish Triple Top pattern and signaled the start of a new advance.

With a bullish SMAX score of 8, CTC.A.TO is exhibiting near-term strength against the asset classes. *Shares of Canadian Tire are held in some portfolios managed by SIA Wealth Management. 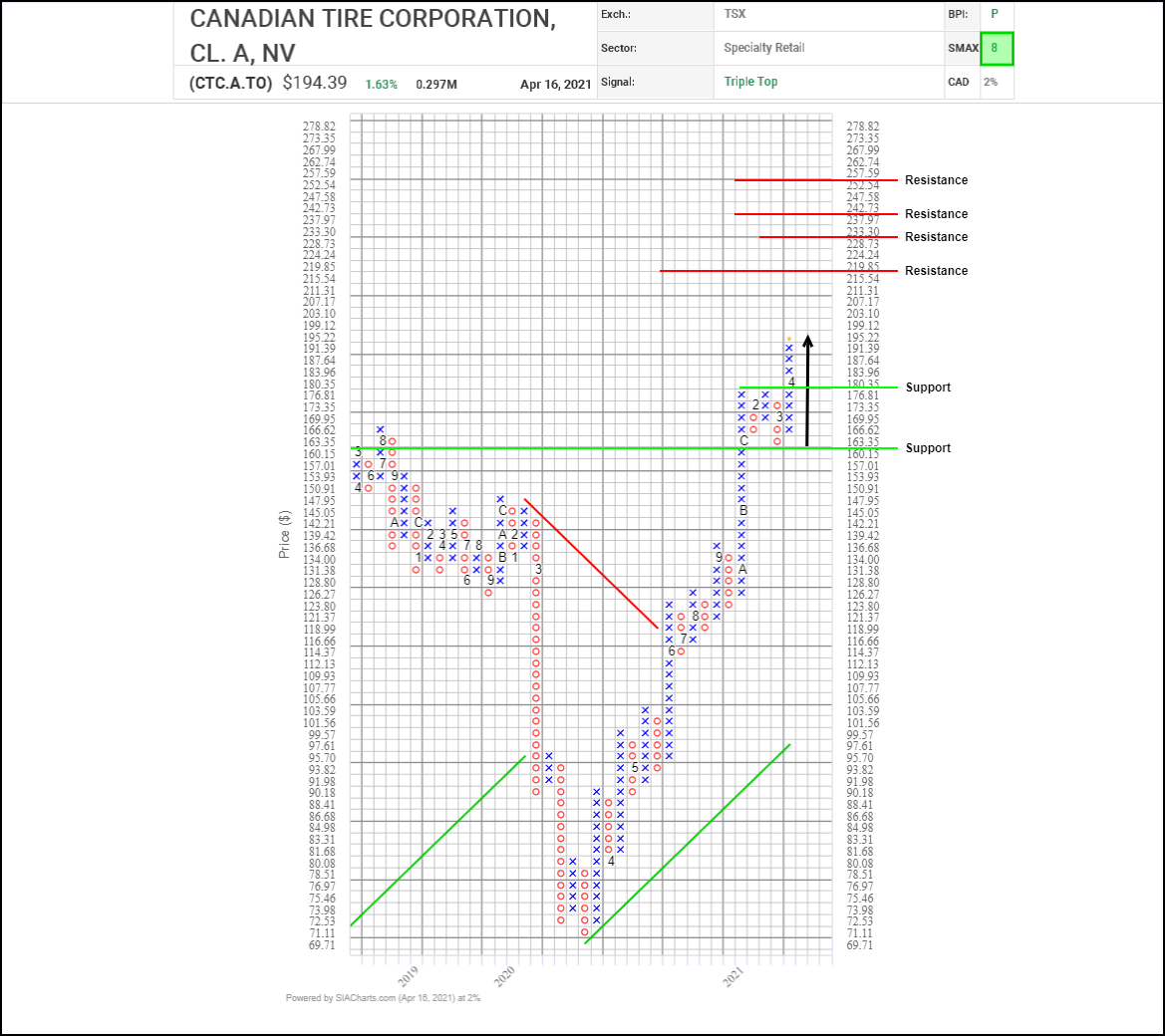