Trucker Mullen Group (MTL.TO) continues to march upward within the Green Favored Zone of the SIA S&P/TSX Composite Index Report. Yesterday, the shares finished in 12th place, up 10 spots on the day and up 20 spots over the last month.

A major breakout is underway in Mullen Group (MTL.TO) shares this week, which have broken through $13.00, a former support level, to trade at their highest level since the summer of 2018. This move, along with the recent snapping of a long-term downtrend line, confirms the strength of the current recovery trend.

Based on previous peaks, initial upside resistance appears near $15.00 and then $16.50. Initial support appears at the $13.50 recent breakout point. 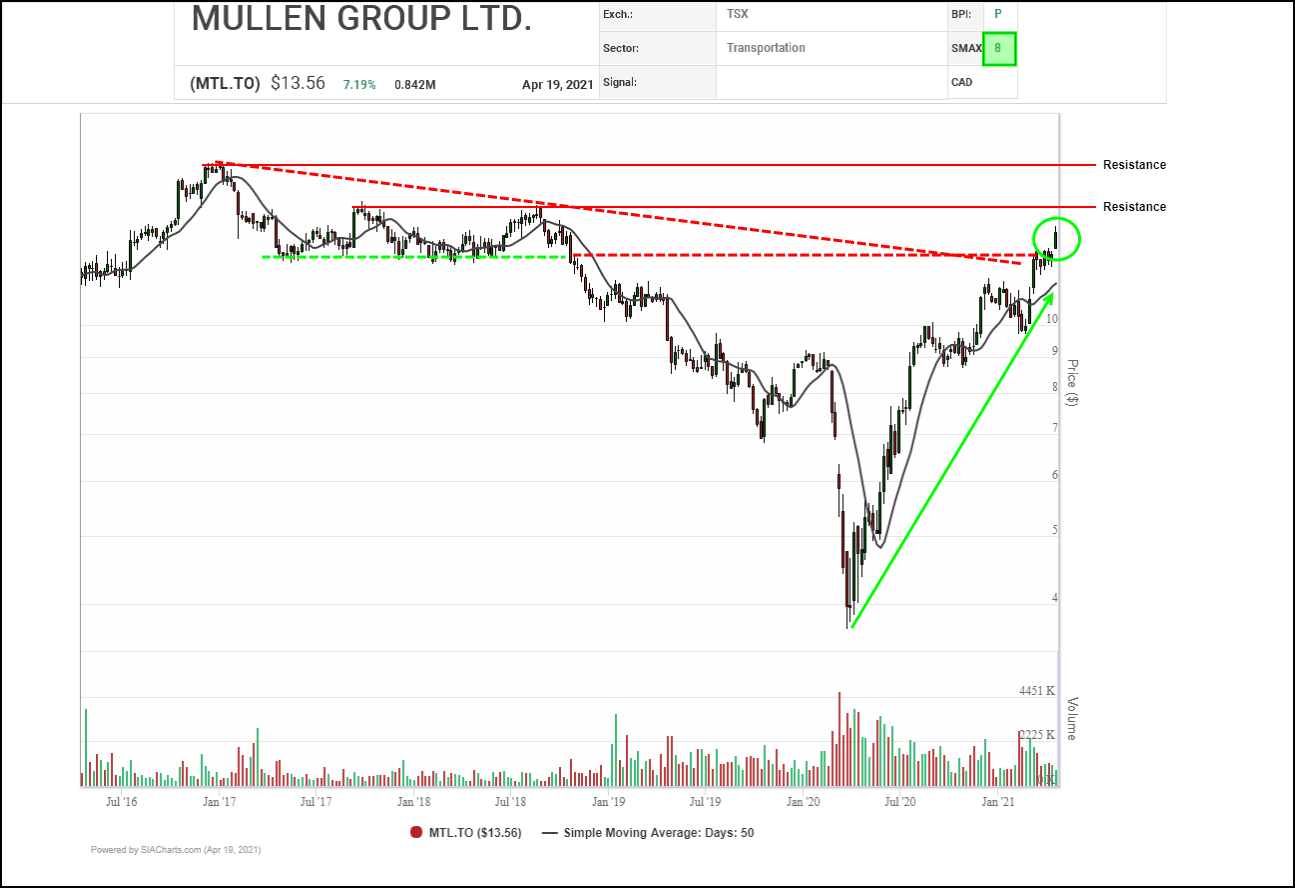 For the last year, Mullen Group (MTL.TO) shares have been under steady accumulation, as shown by the growing trend of higher lows Last month the shares completed a bullish Double Top breakout to signal the start of a new upleg which continues to this day.

With a bullish SMAX score of 8, MTL.TO is exhibiting near-term strength against the asset classes. 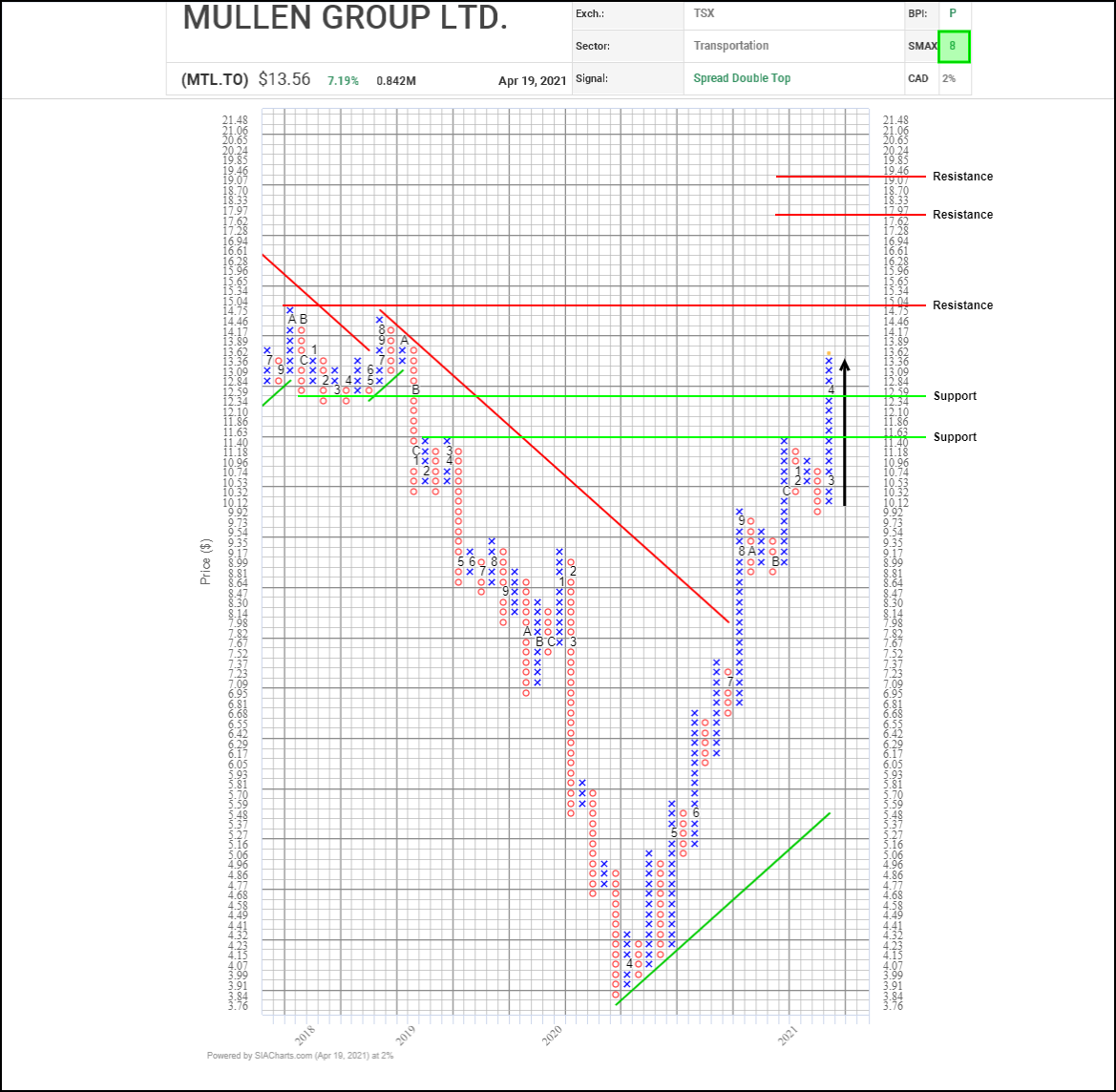