With a 9.9% gain on the back of a strong earnings report, medical device maker Intuitive Surgical (ISRG) climbed straight from the red zone to the Green Favored Zone in the SIA NASDAQ 100 Index Report. The shares jumped 36 spots yesterday to 24th place and are up 47 spots in the last month.

A major breakout is underway in Intuitive Surgical (ISRG) shares. Over the last month, the shares have been climbing within a $680 to $825 trading range and this week they have broken out to a new high on increased volume indicating increased attention from investors and signaling the start of a new upleg within a year-long uptrend.

Based on a measured move from the recent trading range, initial resistance appears near $970, followed by the $1,000 round number and then $1,115 on trend. Initial support appears near the $825 breakout point. 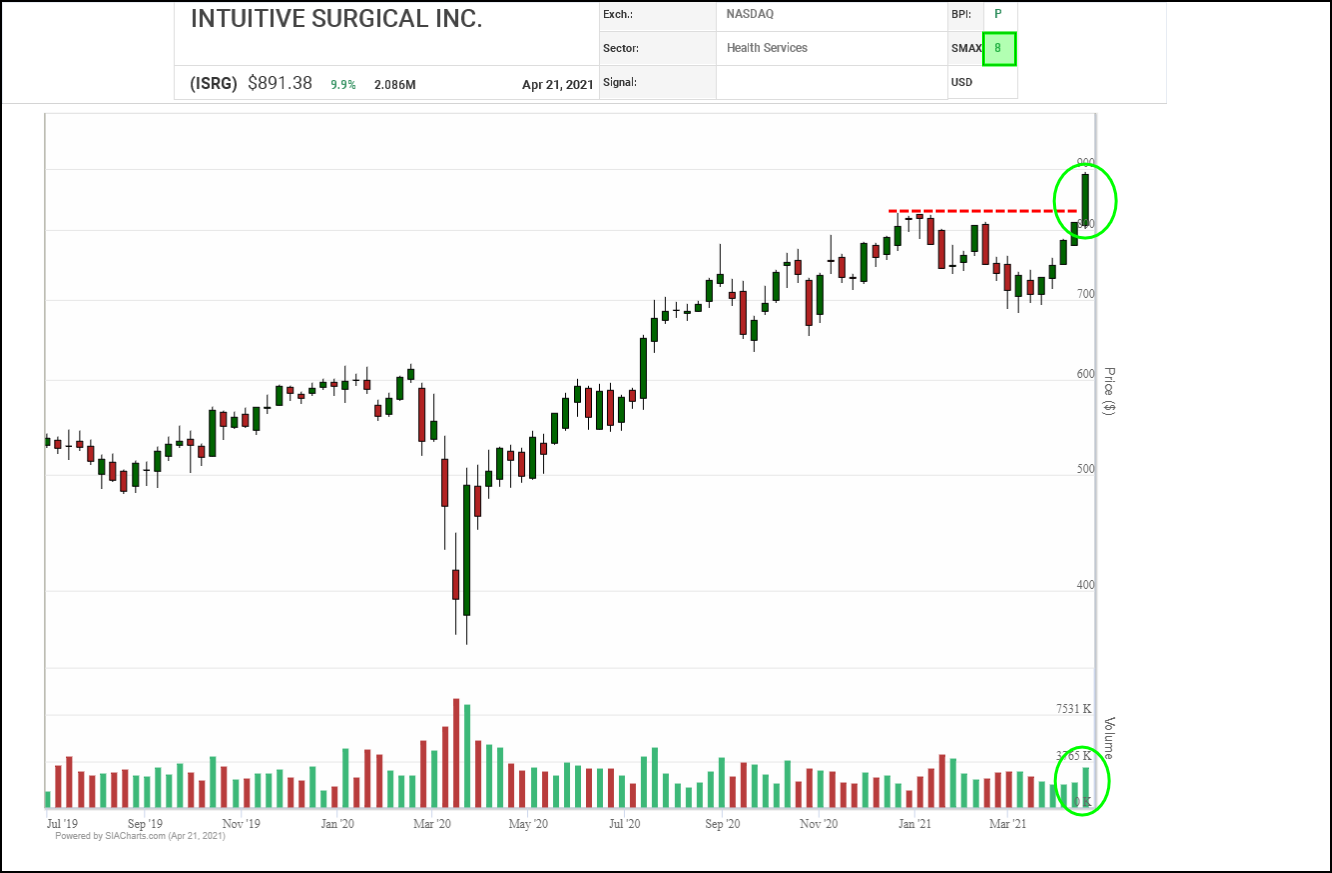 Accumulation in Intuitive Surgical (ISRG) shares has accelerated this month. In recent weeks, the shares have completed a bullish Double Top Breakout and two bullish Spread Double Top breakouts as they rallied to a new all-time high which signaled the start of a new advance within a larger upward trend.

With a bullish SMAX of 8, ISRG is exhibiting near-term strength against the asset classes. 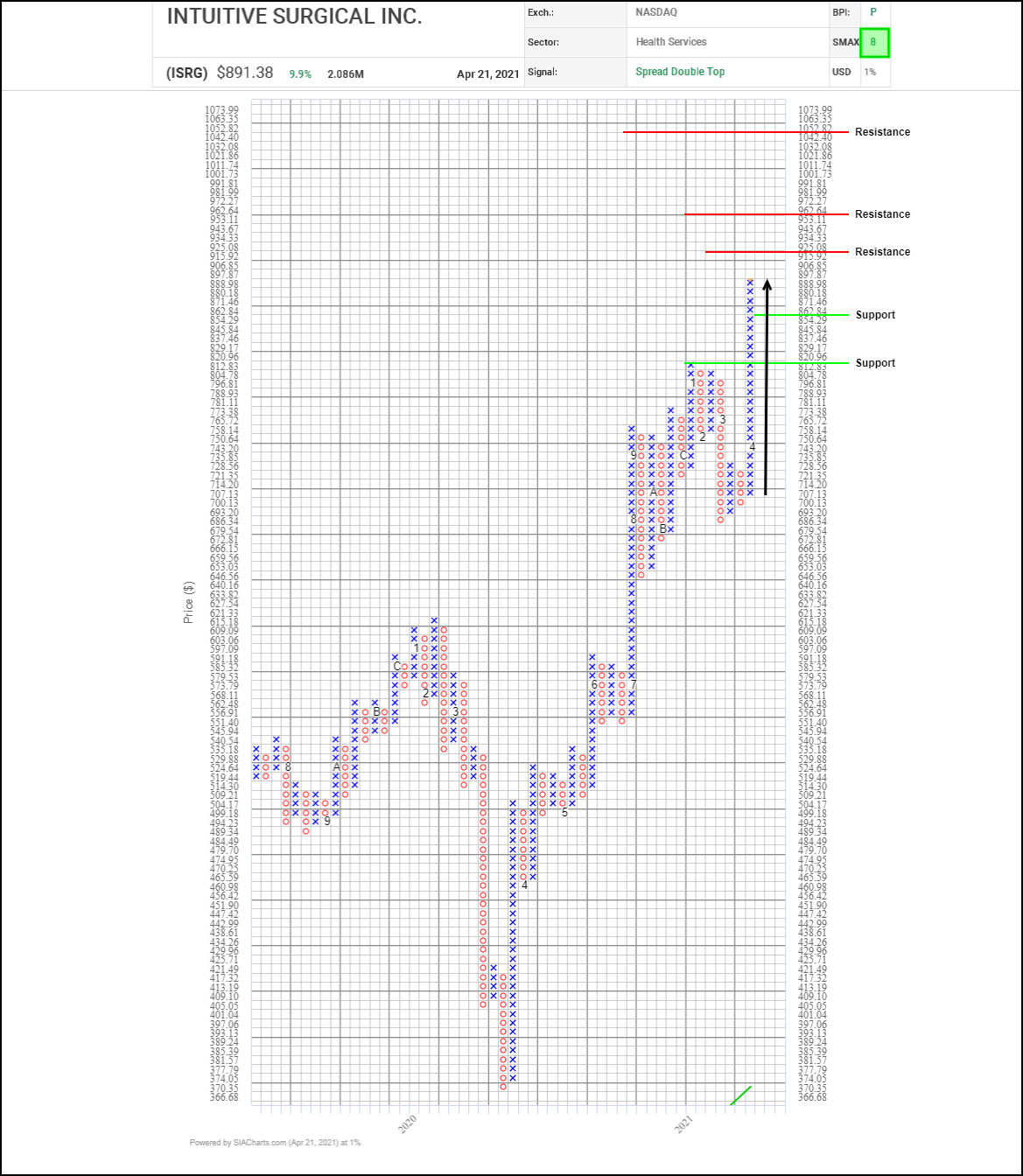