Laurentian Bank (LB.TO) recently returned to the Green Favored Zone of the SIA S&P/TSX Composite Index Report for the first time since 2015 and only the second time since 2008. Yesterday, the shares finished in 45th place, up 9 spots on the day and up 13 spots in the last month.

Since November, Laurentian Bank (LB.TO) shares have been recovering in a step pattern of rallies in increased volume, followed by periods of consolidation at higher levels, a sign of renewed accumulation. Earlier this year, the shares snapped out of a long-term downtrend. This week, LB.TO has launched up off of $40.00, on volume, clearing a long-term support/resistance/round number hurdle, and signaling the start of a new upleg.

With the $40.00 breakout point reversing polarity again to become new support, next potential upside resistance appears near $48.50, $50.00, and $51.50 based on a combination of previous points of resistance and a round number. 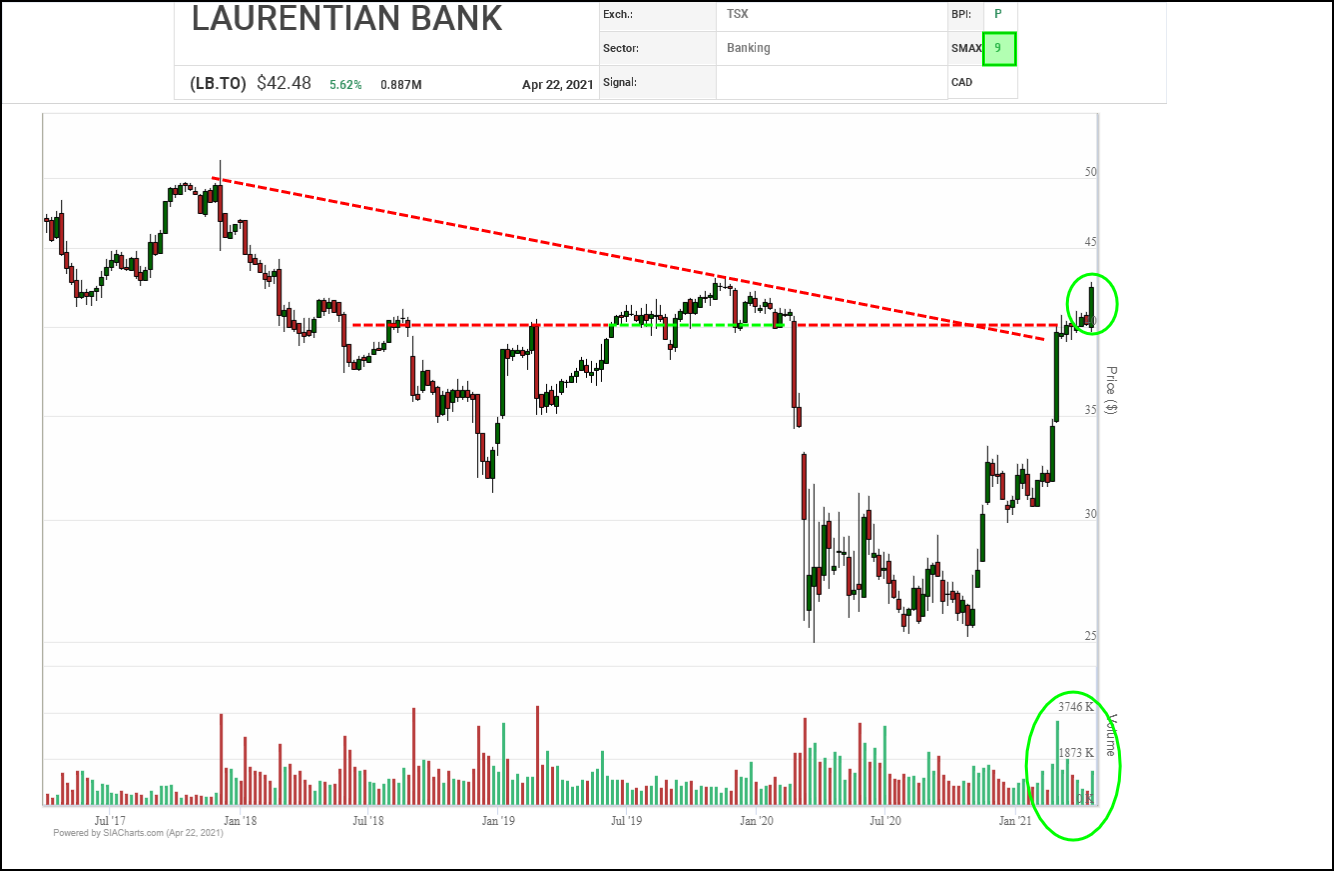 For the first eight months after the 2020 market crash, Laurentian Bank (LB.TO) shares struggled in the $25.00 to $30.00 range. Since November, the shares have been under renewed accumulation, breaking out of their base, snapping a long-term downtrend line that dated back to 2017, completing bullish Spread Triple Top and Double Top breakouts, and creating a high pole by climbing up above $40.00 over the last two months without even a 3-box correction.

Next potential upside resistance tests on trend appear near $45.11 based on a horizontal count, $50.00 where a round number and the 2017 peak converge, and $53.90 based on a vertical count. Initial support appears near $38.50 based on a 3-box reversal.

With a bullish SMAX of 9, LB.TO is exhibiting near-term strength against the asset classes. 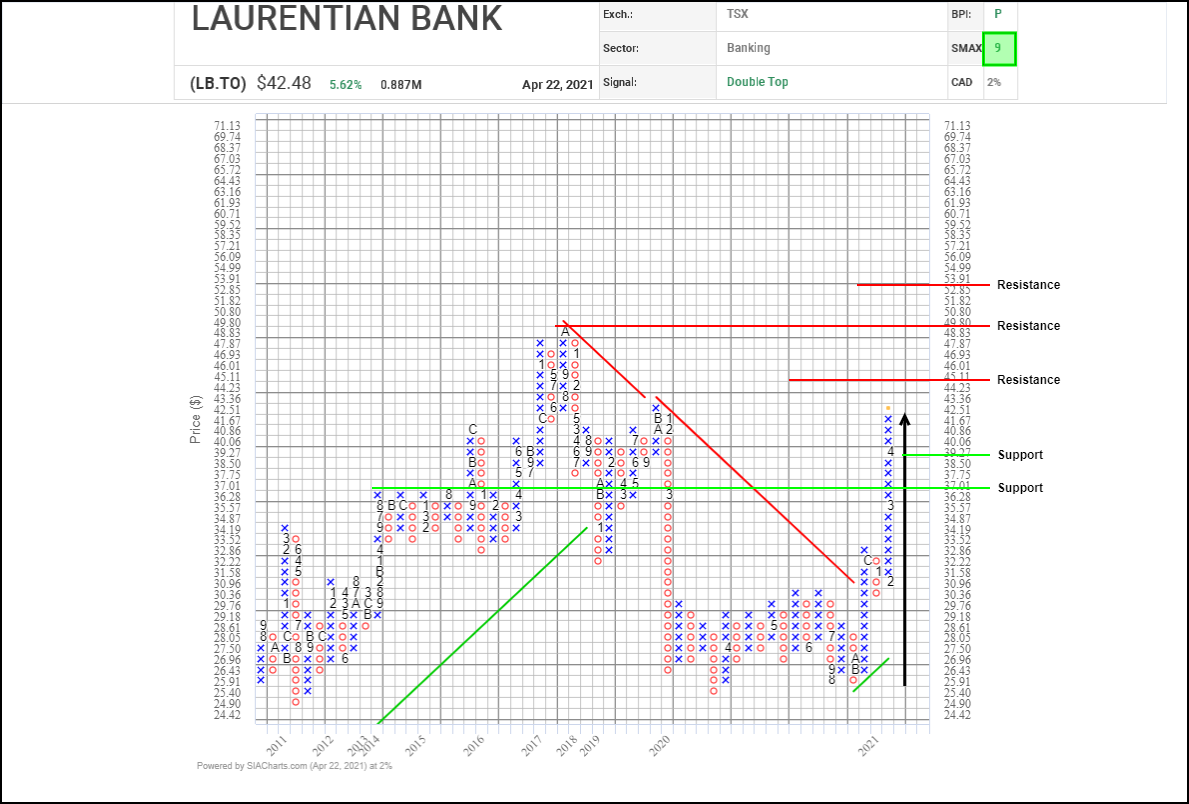