Over the course of April, copper producer First Quantum Minerals (FM.TO) has climbed up from the red zone nearly to the top of the Green Favored Zone of the SIA S&P/TSX 60 Index Report. Yesterday the shares finished in 4th place up 10 spots on the day and up 39 spots in the last month.

The technical picture for First Quantum Minerals (FM.TO) continues to turn increasingly bullish. A month ago, a pullback in the shares ended in a bullish Morning Star pattern (leftmost circle) where the shares gapped down, bottomed out with a hammer candle, then gapped back up, signaling a shift in sentiment. The shares then staged a breakaway gap to the upside (center circle) which snapped a downtrend line and regained the 50-day average. After successfully retesting the 50-day average as support twice, the shares launched upward yesterday, breaking through $28.50 to complete a bullish Ascending Triangle pattern.

Upside resistance initially appears at the previous high near $31.50, followed on trend by $35.00 and $41.50 based on measured moves from the Ascending Triangle. Initial support moves up toward the $28.50 breakout point from the 50-day average near $26.50. 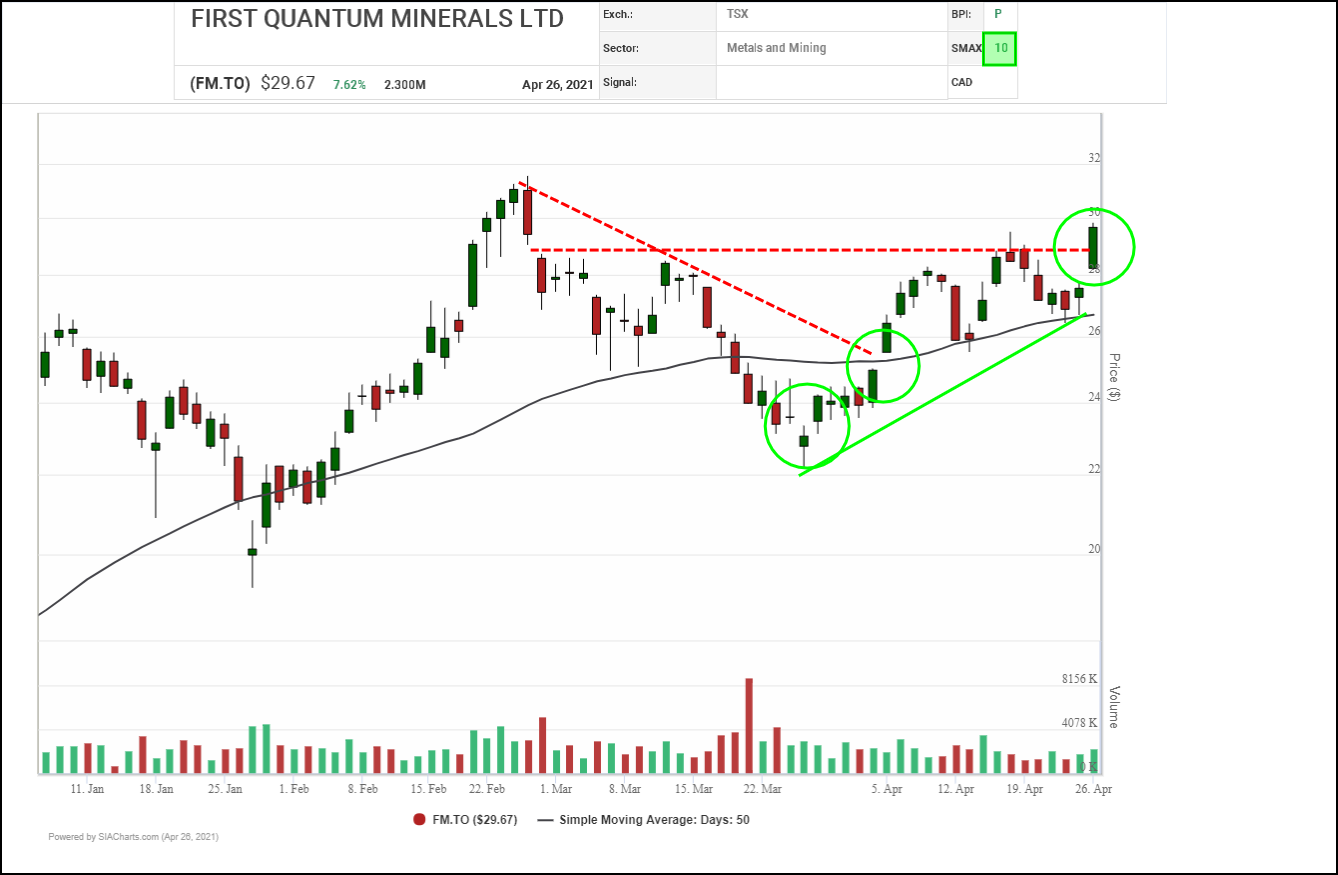 First Quantum Minerals (FM.TO) shares have spent the last two months in correction/consolidation mode as is common following a big advance such as the one that carried the shares from near $11.00 to near $31.00 between October and February. Yesterday, the shares signaled that the underlying uptrend has resumed with bullish Double Top and Spread Double Top breakouts.

Initial upside resistance appears at the February peak near $31.15, where a breakout to a new high would confirm the start of a new upleg. Should that occur, horizontal and vertical counts suggest potential upside resistance on trend near $33.10, $35.10, and $41.95. Initial support appears near $27.15 based on a 3-box reversal.

With a perfect SMAX score of 10, FM.TO is exhibiting near-term strength against the asset classes. 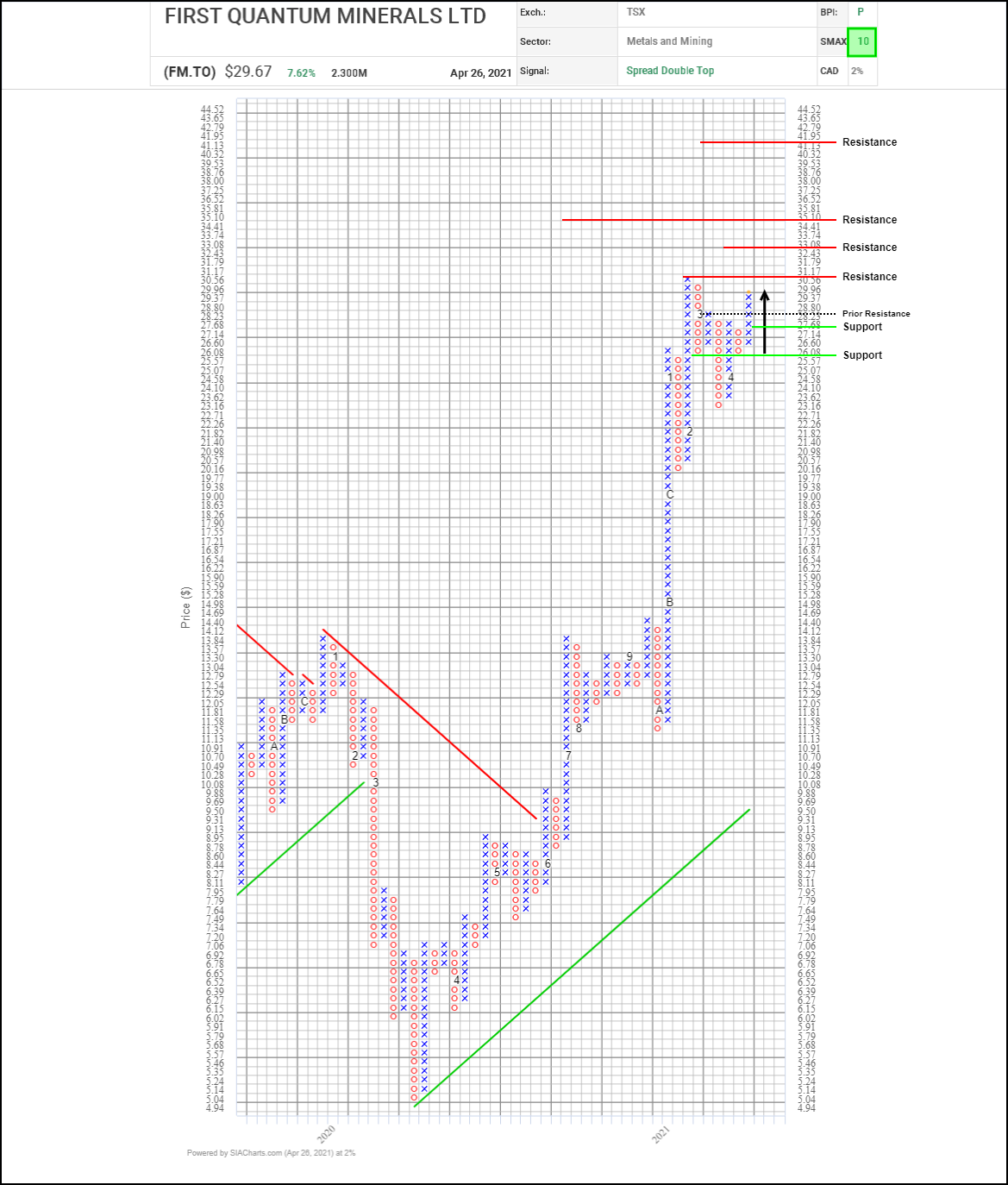