United Parcel Service (UPS) has been climbing back up the rankings within the SIA S&P 100 Index Report for nearly two months now. Yesterday, UPS returned to the Green Favored zone after a 10.4% gain one-day gain for the share price sparked by strong earnings propelled UPS up 10 spots to 26th place.

United Parcel Service (UPS) shares staged a major breakout yesterday. A breakaway gap over $180.00 to a new all-time high on volume signaled that an eight-month consolidation phase between $155.00 and $175.00 has come to an end and a new advance has started with accumulation resuming. 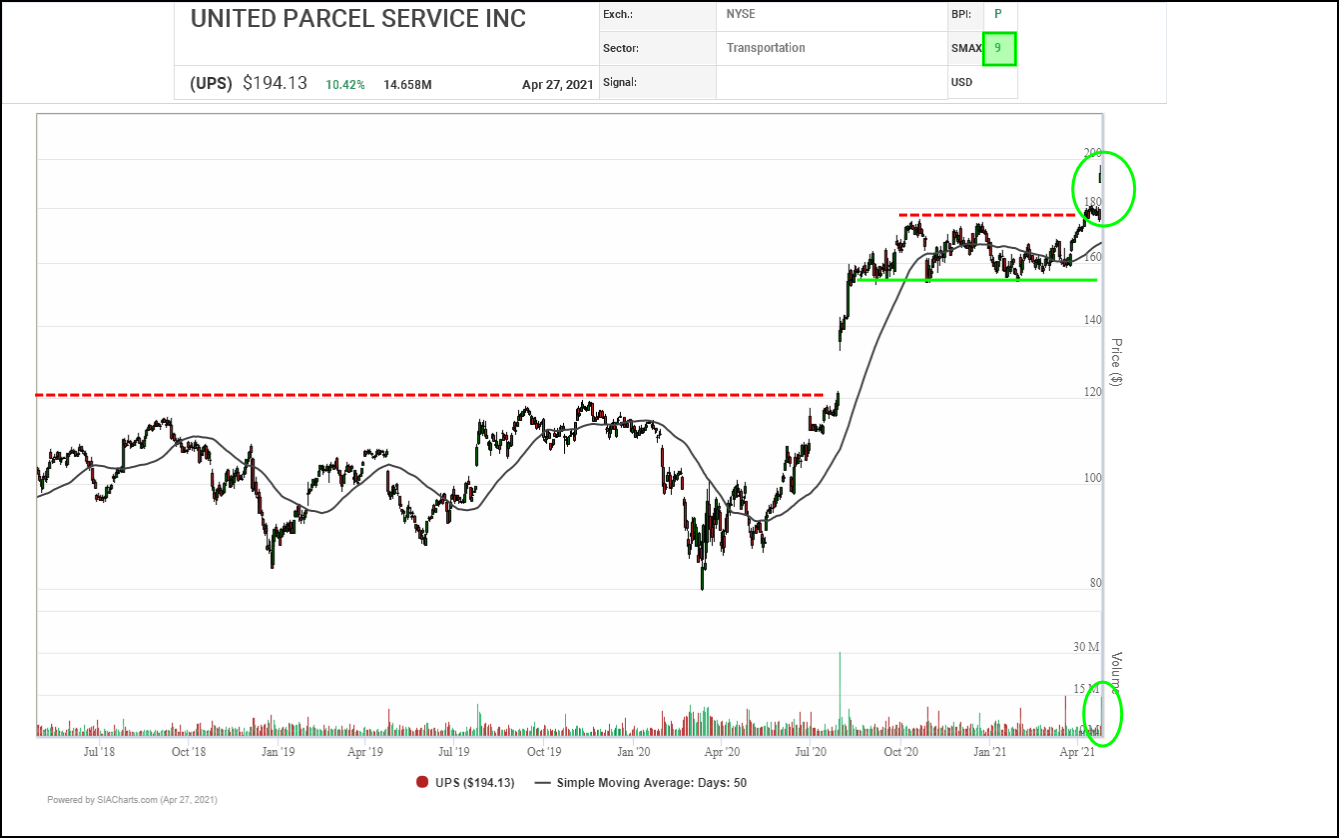 Last year, United Parcel Service (UPS) shares recovered all of their bear market losses by July then went on to stage a major advance through to October. For the last six months, the shares had been consolidating their high pole gains in a sideways range between $151.70 and $177.75. Earlier this month, the shares broke out over $175.00, completing a bullish Double Top pattern signaling renewed investor interest.

Yesterday’s breakout over $177.75 to a new all-time high and rally up toward $195.00 confirms that accumulation has resumed and that a new advance is underway. Next potential upside resistance appears near the $200.00 round number, then $208.25 and $221.00 based on horizontal counts. Initial support appears near $177.75 based on a 3-box reversal.

With a bullish SMAX score of 9, UPS is exhibiting near-term strength against the asset classes. 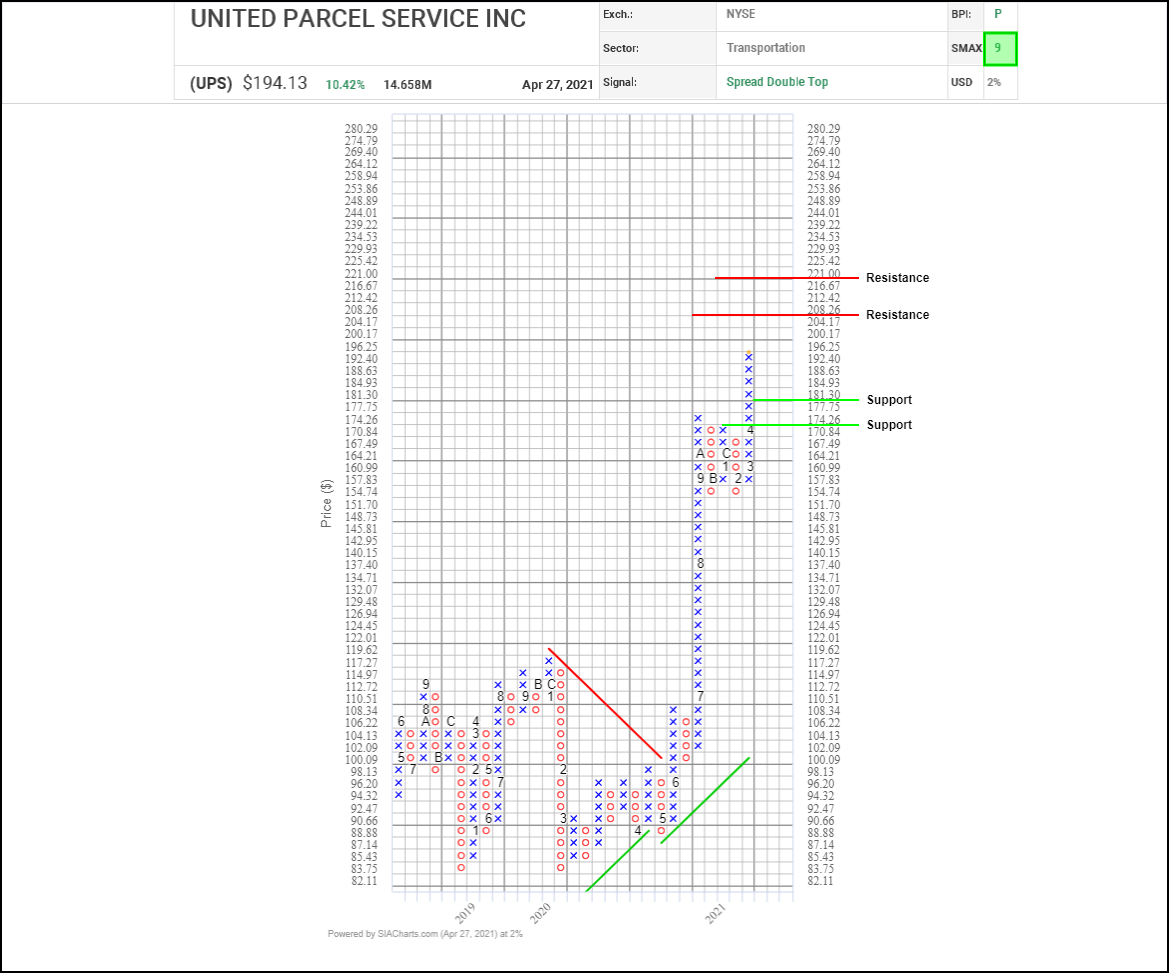