Computer network equipment producer Extreme Networks (EXTR) continues to climb within the Green Favored Zone of the SIA S&P 600 SmallCap Index Report, as it rebounds from a brief drop into the yellow zone. Yesterday, the shares finished in 13th place, up 21 spots on the day and up 189 places in the last month.

Extreme Networks (EXTR) shares have staged a major breakout this week, climbing back above $10.00 (which now reverses polarity to become support) for the first time in three years. This move signals the start of a new upleg in a recovery trend that was first signaled by the snapping of a long-term downtrend line with a breakout over $6.00 back in November.

Potential upside resistance tests on trend appear near $13.00 and $14.00 based on measured moves from previous trading ranges, then the $15.00 to $15.50 range between a round number and the shares February 2018 peak. 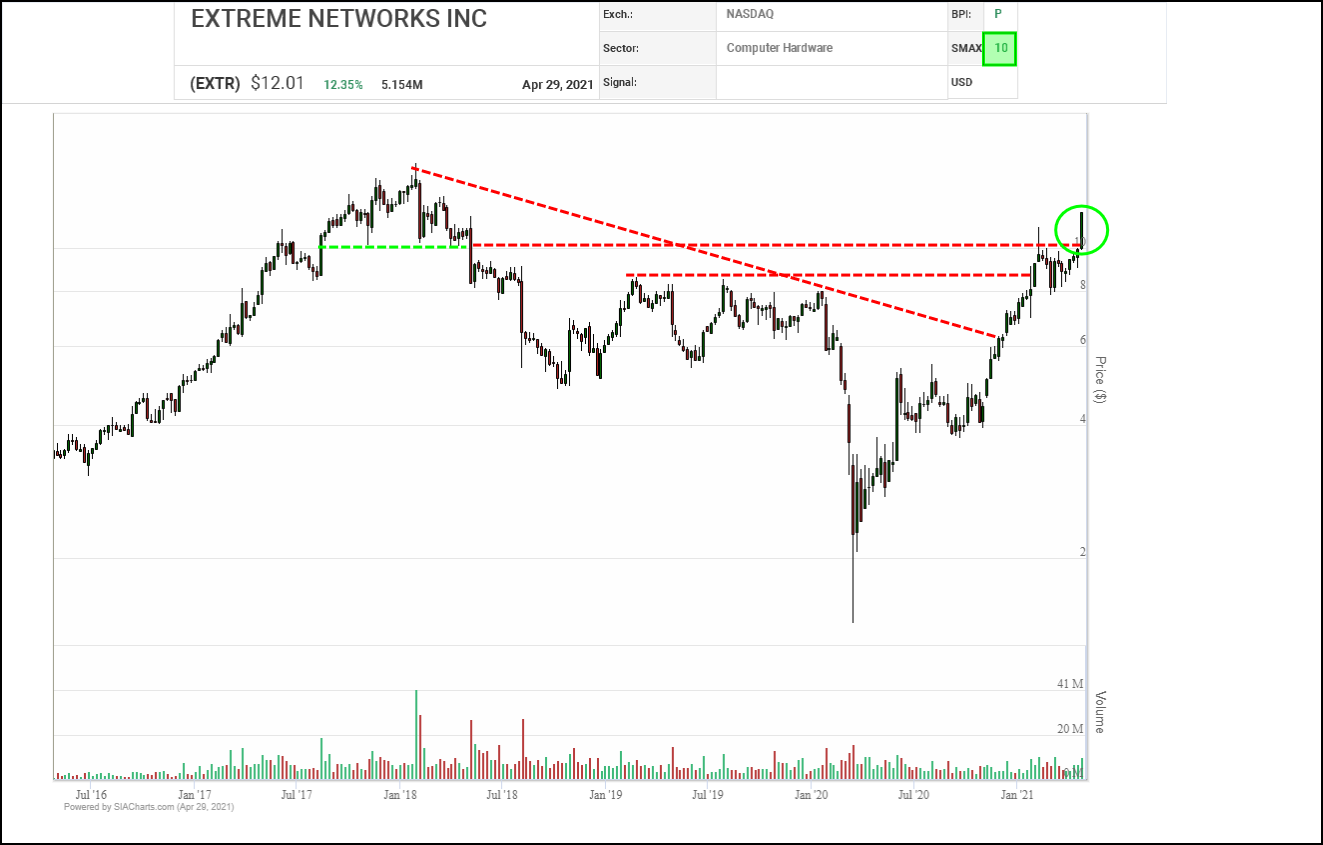 Coming off of a large high pole breakout advance between November and February, Extreme Networks (EXTR) shares paused for two months with higher lows and lower highs forming a symmetrical consolidation triangle. Recently, the shares have come under renewed accumulation, breaking out to the upside from the triangle, completing a bullish Double Top pattern and confirming the start of a new upleg with a breakout over $10.00 followed by the completion of a bullish Spread Double Top pattern and a rally to the highest level since at least 2018.

Horizontal counts suggest next potential upside resistance may emerge between $14.40 and the $15.00 round number. Initial support appears near $10.90 based on a 3-box reversal.

With a perfect SMAX score of 10, EXTR is exhibiting near-term strength across the asset classes. 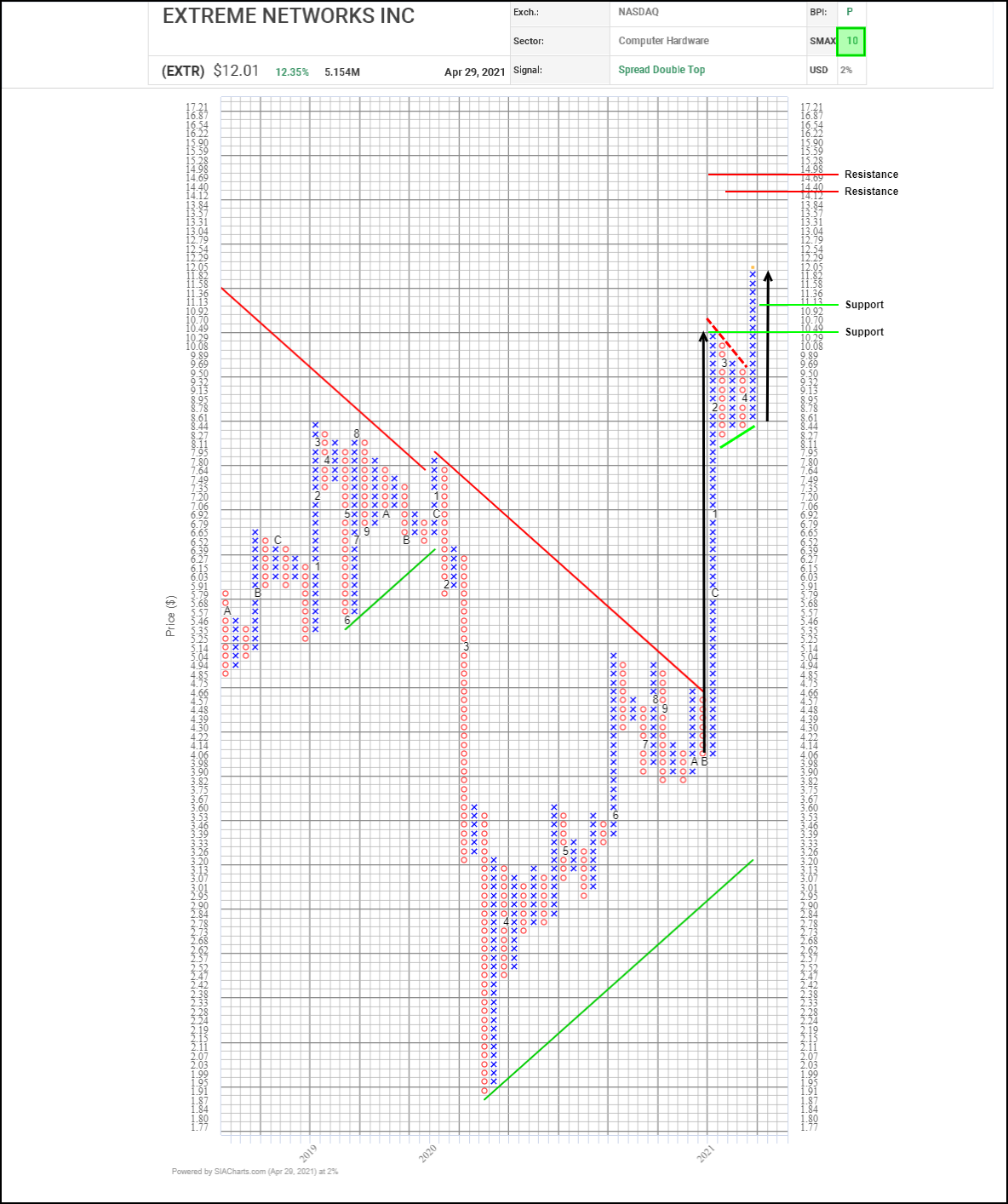