Since we last mentioned Imperial Oil (IMO.TO) in the March 12th edition of the Daily Stock Report, the shares are up 10.7%, including a 4.8% gain on Friday after the energy producer reported improved earnings and raised its dividend. The shares continue to climb within the Green Favored Zone of the SIA S&P/TSX 60 Index Reports rising 2 spots on Friday to 3rd place.

Building on the completion of a bullish Ascending Triangle base last year, earlier this year, Imperial Oil (IMO.TO) shares snapped a downtrend line with a breakout over $30.00. After spending about six weeks establishing that $30.00 has reversed polarity to become support, accumulation accelerated with the shares breaking through $32.50 to their highest level in over a year and signaling the start of a new upleg. 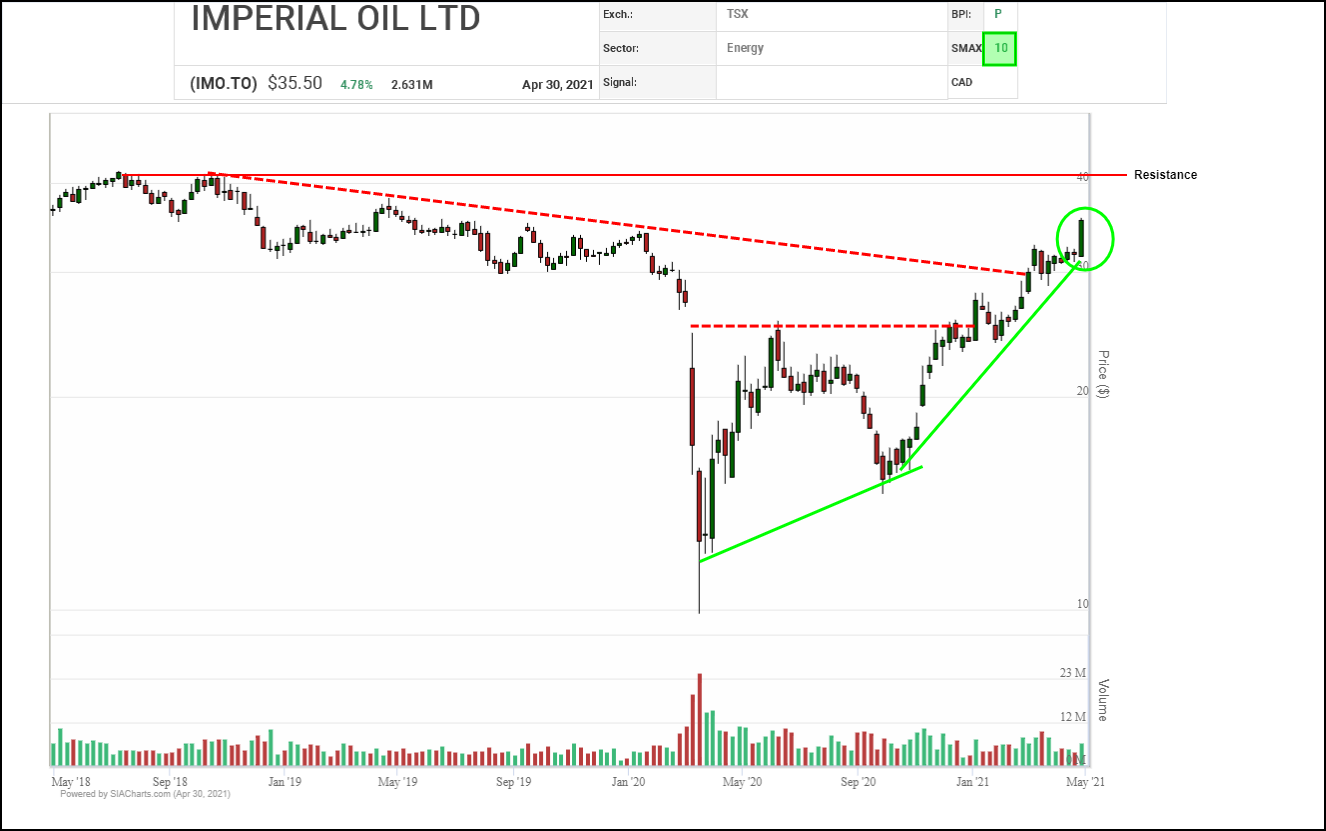 A vertical count suggests initial resistance may appear near $38.80, followed by the $40.00 round number and the $41.15 to $42.85 where a previous high clusters with vertical and horizontal counts. Initial support appears near $32.45 based on a 3-box reversal.

With a perfect SMAX score of 10, IMO.TO is exhibiting near-term strength across the asset classes. 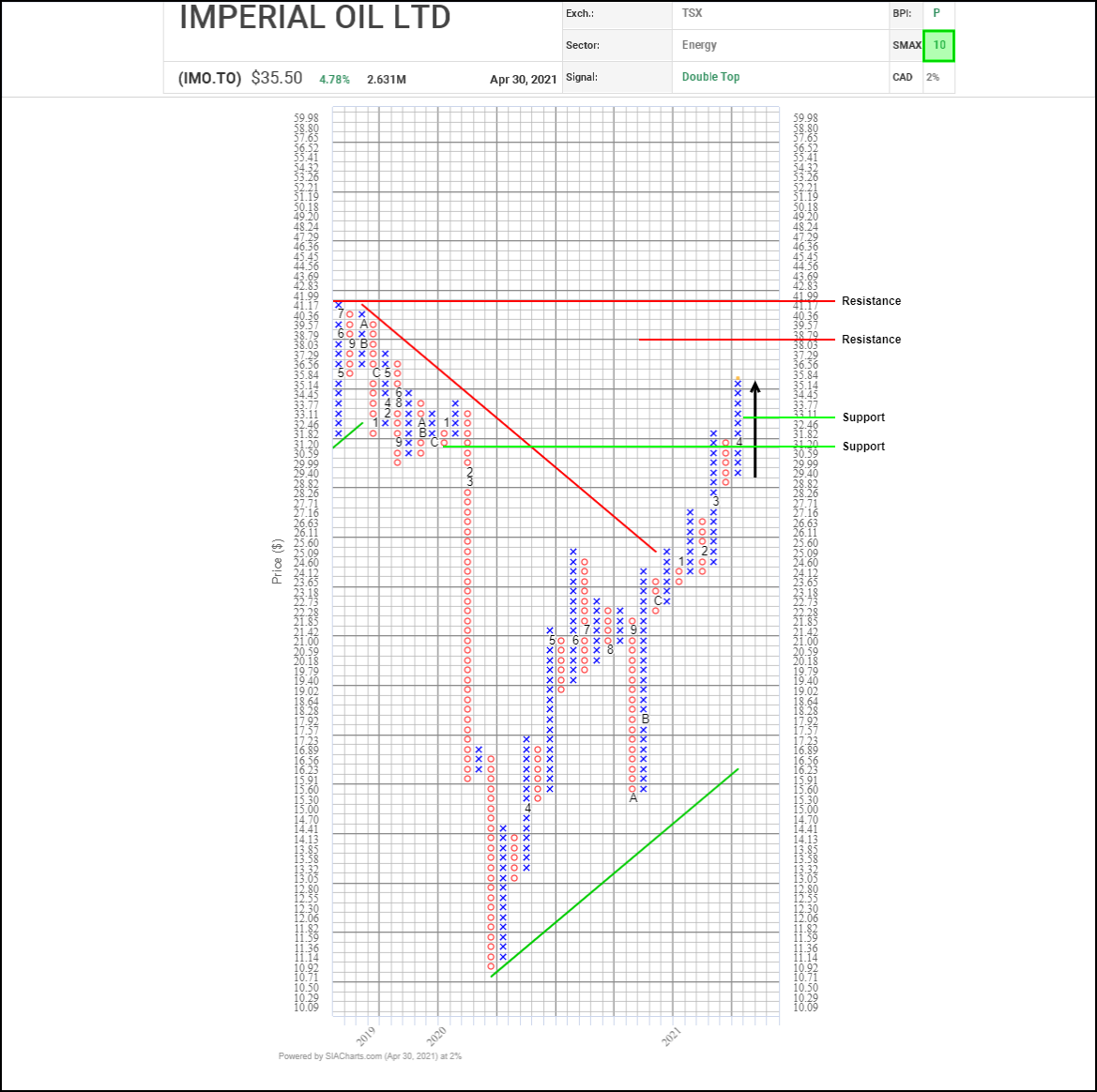