Tourmaline Oil* (TOU.TO) continues to climb within the Green Favored Zone of the SIA S&P/TSX Composite Index Report. Yesterday the shares moved up 4 spots to 6th place, and they have climbed 11 places in the last week.

This five-year weekly chart highlights the strength of the current recovery trend in Tourmaline Oil* (TOU.TO) shares. Since snapping out of a long-term downtrend in the spring of 2020, the shares have been steadily advancing, establishing a steady uptrend of higher lows. This week, the shares have broken out over $27.00, to their highest level since early 2017, completing another bullish Ascending Triangle pattern and signaling the start of a new upleg.

*Shares of Tourmaline Oil are held in some portfolios managed by SIA Wealth Management. 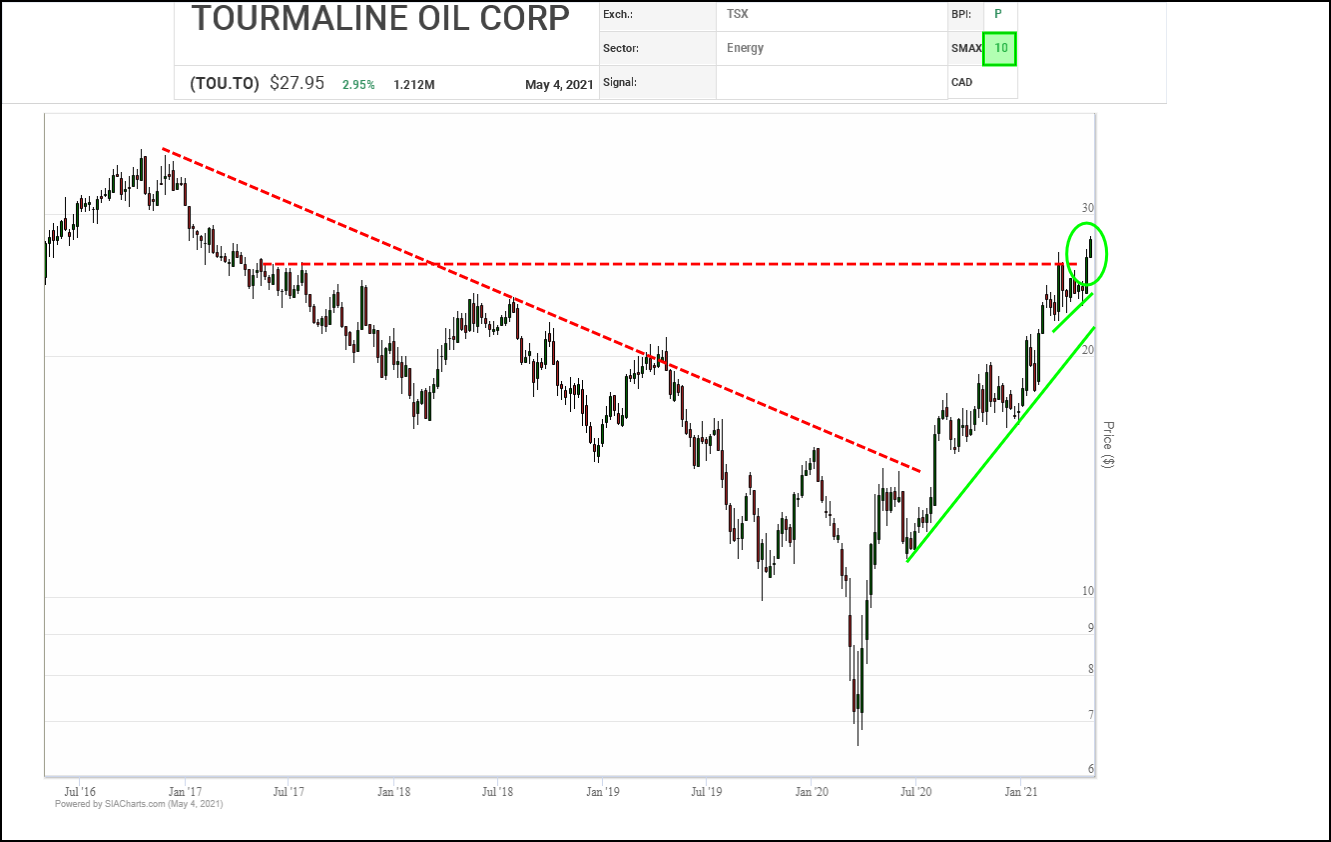 Another big breakout is underway this week in Tourmaline Oil* (TOU.TO) shares. The shares rallying up through $26.35 has completed another bullish Double Top pattern, signaling the start of a new upleg within an upward trend which started about a year ago.

A horizontal count from the Double Top suggests initial potential upside resistance near $32.75, followed by the $34.75 to $35.45 area where the $35.00 round number and previous highs congregate, and then $36.90 based on a vertical count. Initial support appears near $25.85 based on a 3-box reversal and a retest of the most recent breakout point.

With a perfect SMAX score of 10, TOU.TO is exhibiting near-term strength across the asset classes. *Shares of Tourmaline Oil are held in some portfolios managed by SIA Wealth Management. 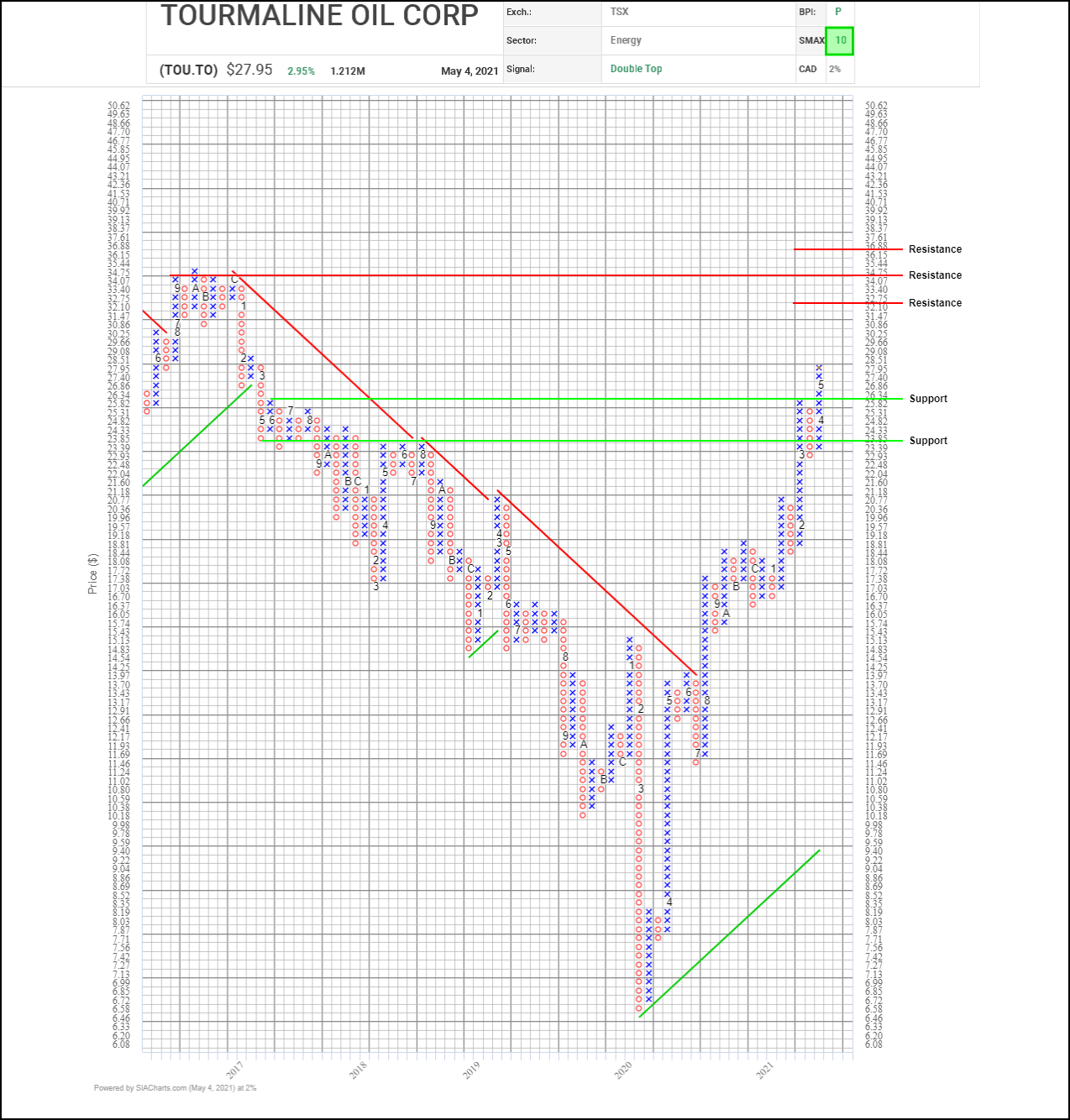