FedEx (FDX) has returned to the Green Favored Zone of the SIA S&P 100 Index Report from a short dip into the yellow zone. Yesterday, FDX moved up two spots to 24th place.

A major breakout is underway in FedEx (FDX) shares. Since December, the shares have been trending sideways, consolidating gains made in an advance that snapped the shares out of a previous two-year downtrend and carried them all the way back up to new highs.

Following an initial correction, the shares have come under renewed accumulation with higher lows between $235 and $295 forming a bullish Ascending Triangle. This week, the shares have completed the triangle, breaking out to a new all-time high above $300 and signaling a new advance has commenced. Based on a measured move from the triangle, initial upside resistance appears near $355, just above the $350 round number. Initial support appears between $285 uptrend support and the $295 breakout point. 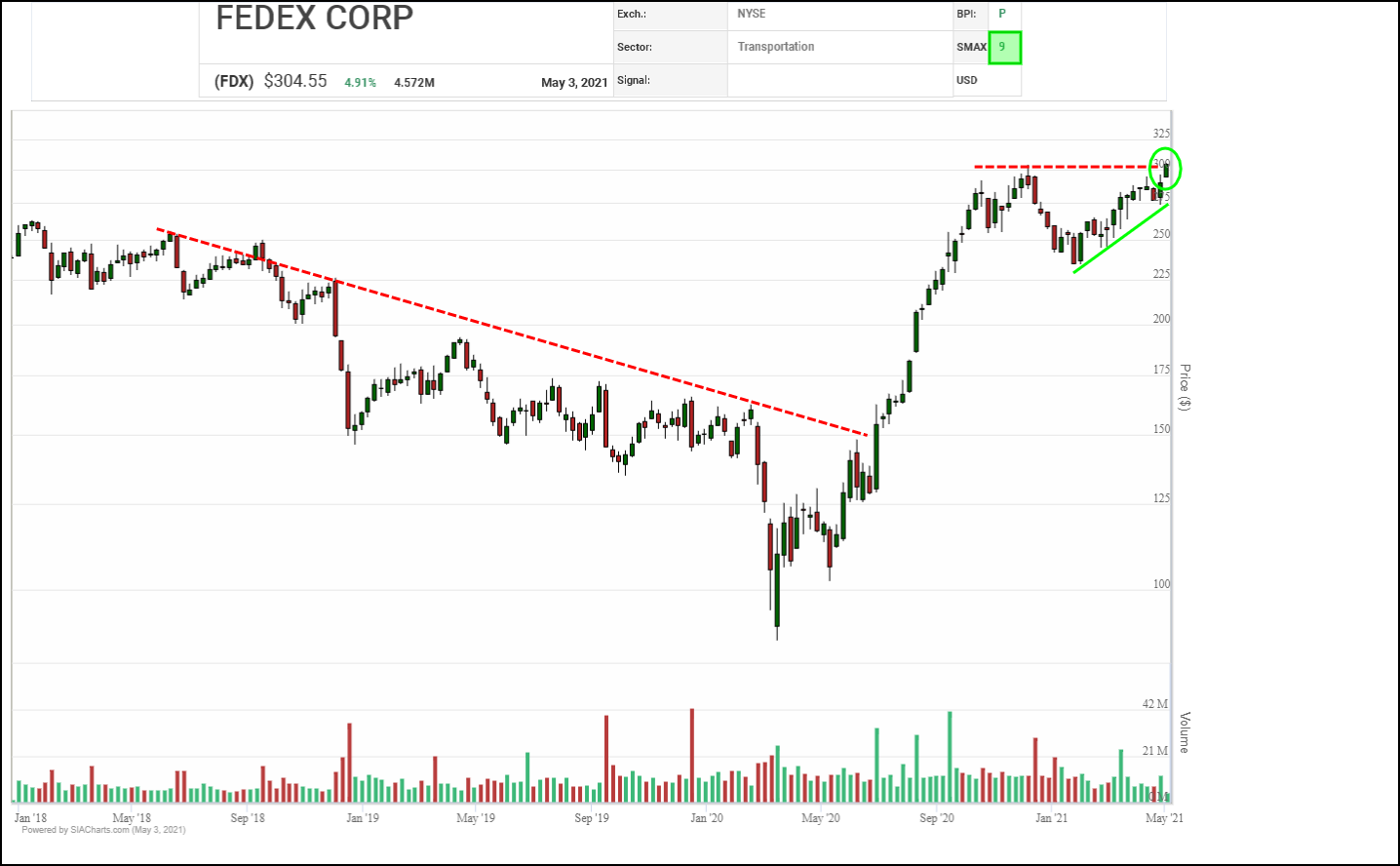 Coming off of a six-month rally which started with the snapping of a downtrend line last June, and ended at a new all-time high in December, FedEx (FDX) shares staged a correction retreat into February. Since then, the shares have been bouncing back. Yesterday, they broke out to a new all-time high above $300.00, completing a bullish Double Top pattern, confirming that accumulation has resumed and signaling the start of a new upleg.

With a bullish SMAX score of 9, FDX is exhibiting near-term strength against the asset classes. 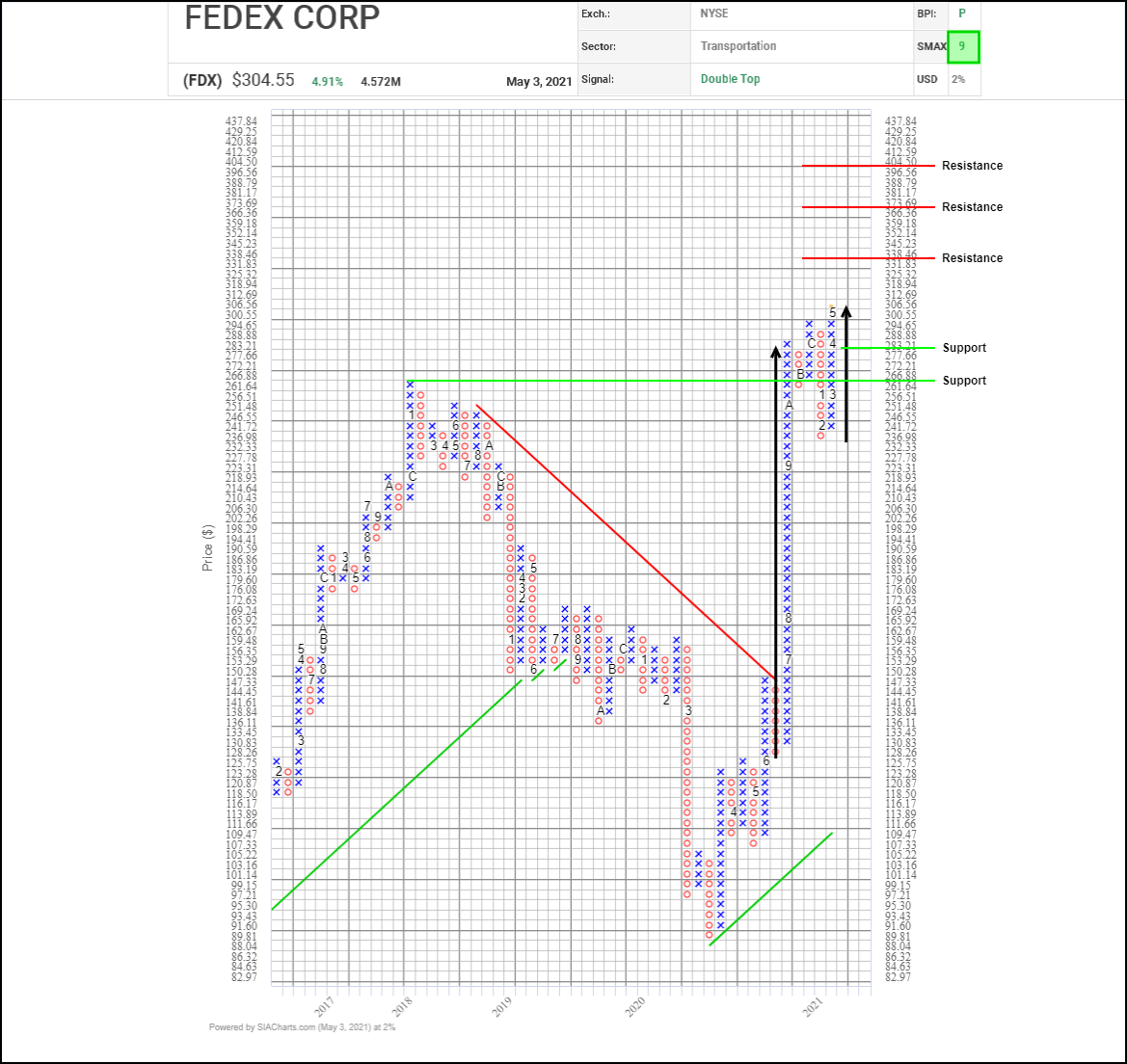