Uranium producer Cameco (CCO.TO) has started to climb once again within the Green Favored Zone of the SIA S&P/TSX 60 Index Report, climbing 5 spots on Friday to 10th place. Back in December, Cameco (CCO.TO) broke out of a $10.00 to $17.00 sideways trading range which had prevailed for most of the previous five years. Since then, the shares have continued to climb on higher volumes, a sign of continuing accumulation. Last week, the shares staged a major breakout, rallying up off of successful tests of trend support and the 50-day average, breaking through $24.00 to a new multi-year high and signaling the start of a new upleg. 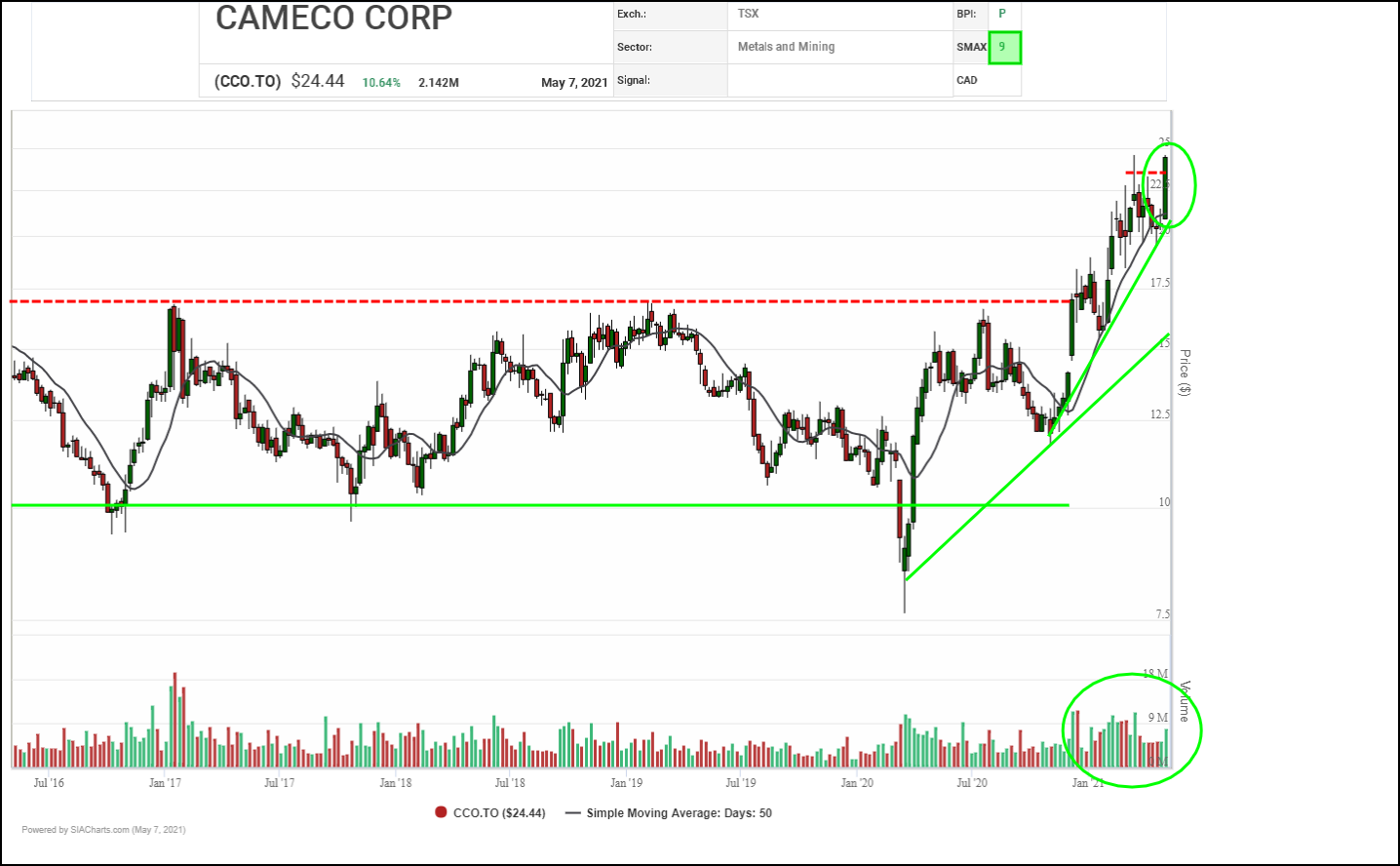 Last week, Cameco (CCO.TO) staged a major breakout over $24.20. This rally completed a bullish Spread Double Top pattern, confirmed a recent bullish Double Top breakout, ended a recent consolidation phase, signaled the start of a new upleg and confirmed that the upward trend which started a year ago remains intact.

Based on the convergence of multiple vertical and horizontal counts, initial resistance appears in the $27.25 to $28.90 area, followed by the $30.00 round number, and $34.55 based on a horizontal count. Initial support appears near $22.35 based on a 3-box reversal.

With a bullish SMAX score of 9, CCO.TO is exhibiting near-term strength against the asset classes. 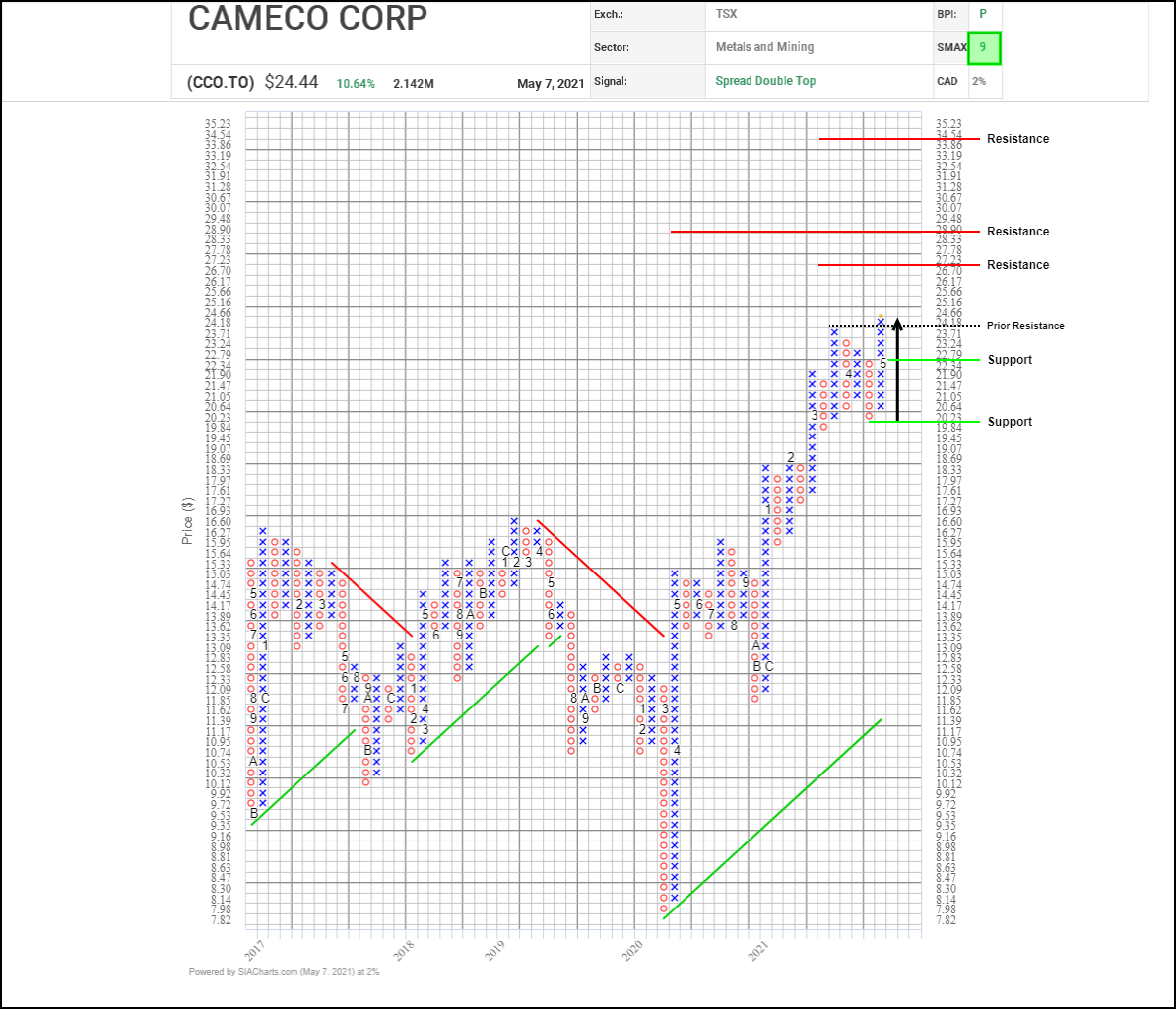