Arc Resources (ARX.TO) has snapped out of a downtrend and returned to the Green Favored Zone of the SIA S&P/TSX Composite Index Report. Yesterday, the shares finished in 47th place up 49 spots on the day and up 65 places over the last week.

Accumulation in ARC Energy shares has accelerated in recent weeks with the shares climbing on rising volumes, a sign of increasing investor interest. This week, the shares have broken out over $8.50 to their highest level since early 2019, confirming recent bullish Ascending Triangle breakouts over $7.00 and $8.00 and signaling the start of a new uplg in the current recovery trend. Initial upside resistance appears near the $10.00 round number, followed by $10.20, $11.00 and $13.00 based on measured moves, plus the boundaries of a previous $10.75 to $13.50 trading range. Initial support moves up toward the $8.00 breakout point. 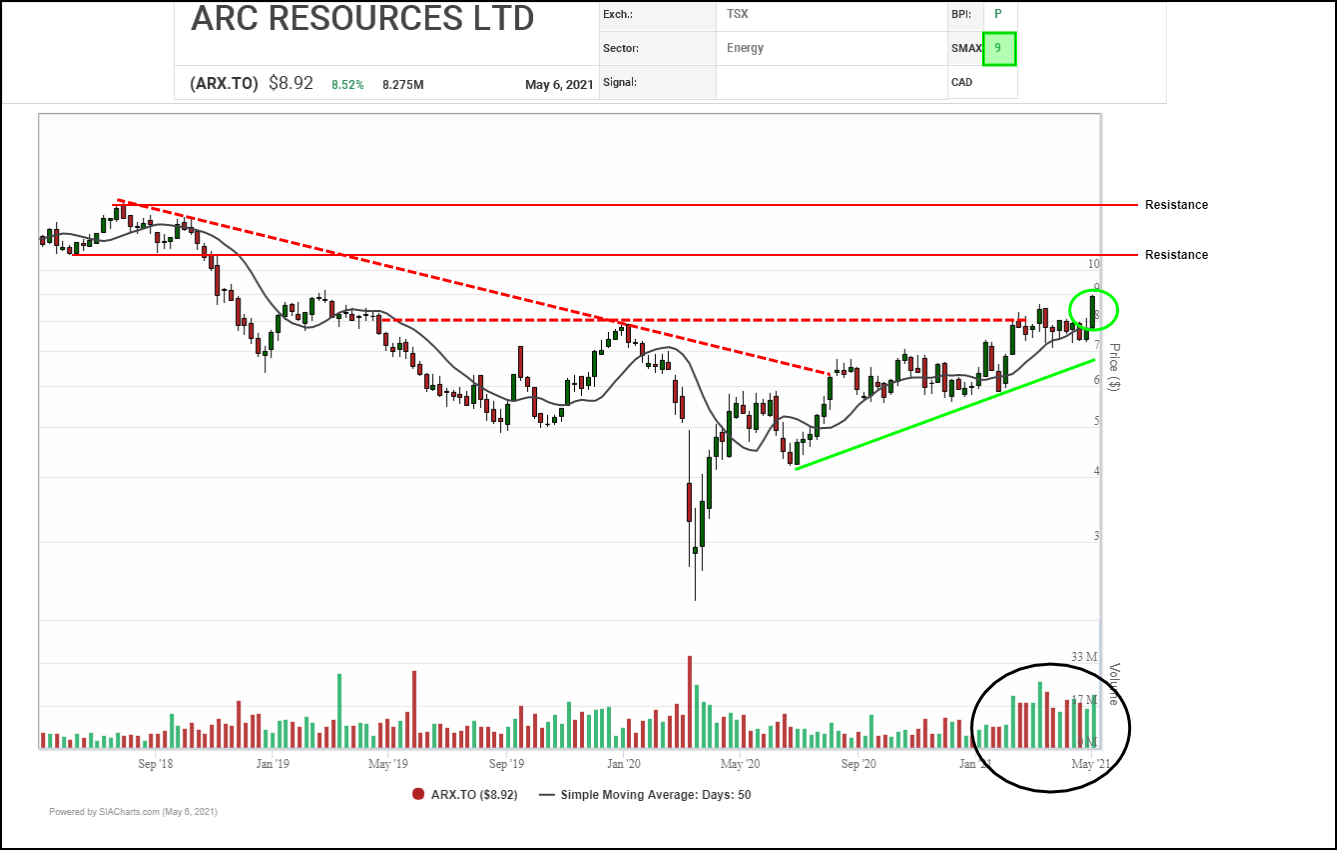 For over a year, ARC Resources (ARX.TO) have been steadily recovering lost ground, climbing in a step pattern of rallies followed by periods of consolidation at increasingly higher levels. Back in September, the shares snapped out of a long-term downtrend and haven’t looked back since. Yesterday, the shares broke out over $8.60, completing a bullish Spread Double Top, confirming a recent bullish Triple Top, and signaling the start of a new rally phase.

Initial upside resistance appears near the $10.00 round number, then the $11.10 to $11.30 area based on vertical and horizontal counts. Initial support appears near $8.25 based on a 3-box reversal.

With its bullish SMAX increasing to 8, ARX.TO is exhibiting near-term strength against the asset classes. 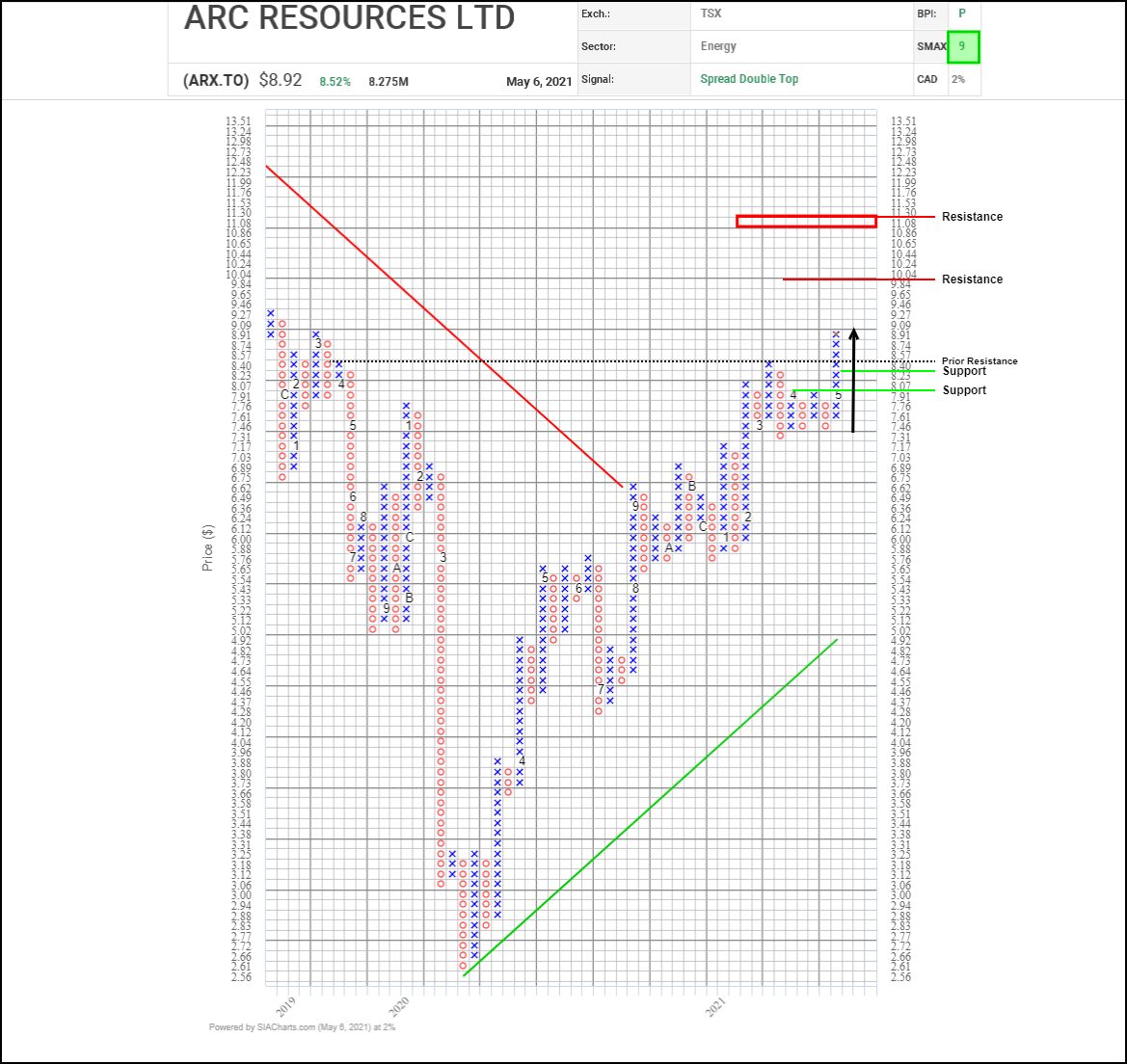