In the last month, ERO Copper (ERO.TO) has climbed 105 spots in the SIA SIP/TSX Composite Index report, including yesterday’s gain of 11 spots to 16th place. Ero has returned to the Green Favored Zone from a dip into the red zone and had reached its highest ranking since last July.

For over a year, ERO Copper (ERO.TO) has been under accumulation, steadily advancing in a rising channel of higher highs and higher lows. In the last two weeks, accumulation has accelerated with the shares breaking out over their 2019 peak to new all-time highs on increased volume and completing a bullish Ascending Triangle pattern to signal the start of a new advance. 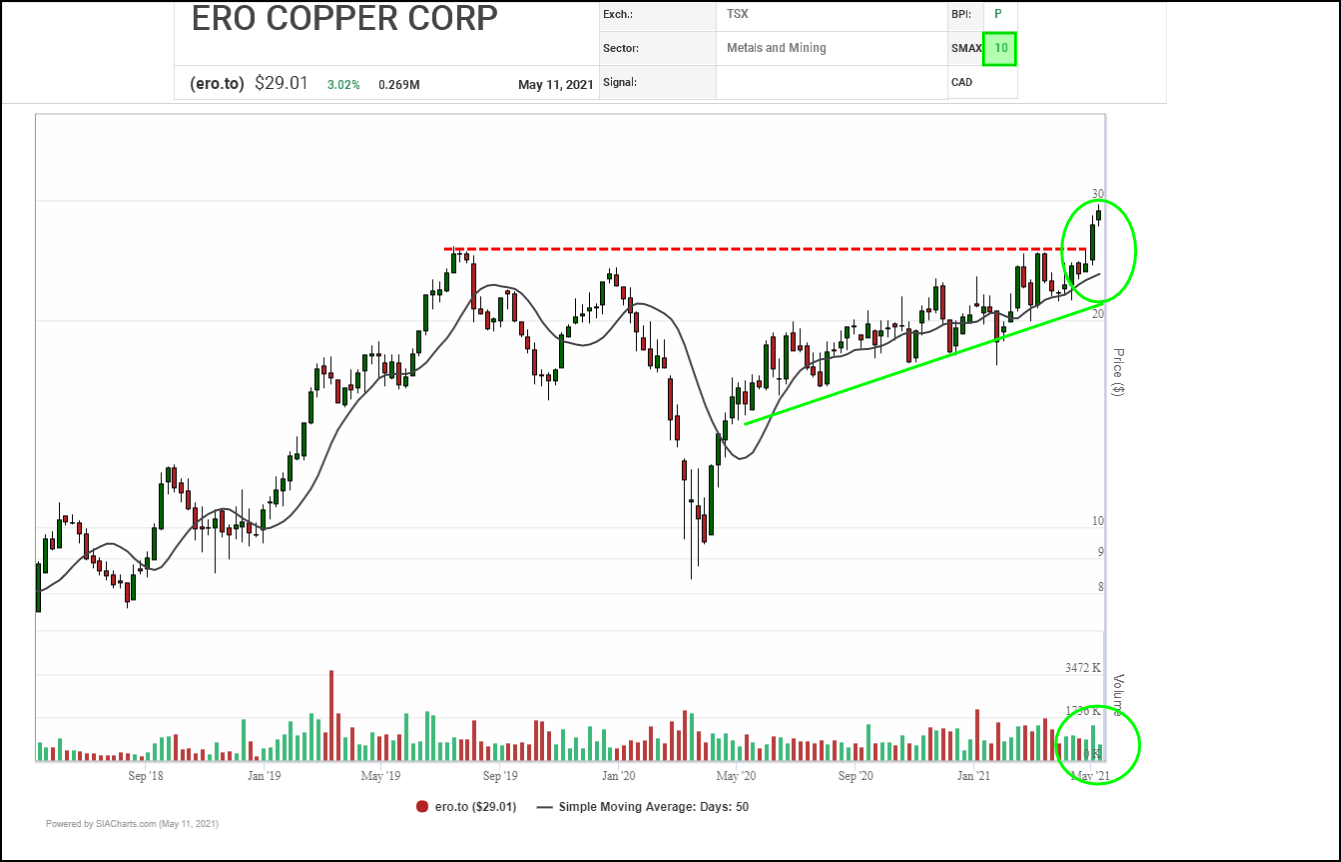 A major breakout is underway in ERO Copper this month. Building on an April Double Top Breakout, the shares have blasted through $25.00 in May overtaking a previous peak dating back to 2019, and completed a bullish Spread Double Top pattern, and carrying on upward, all signs that a new upleg is underway within a primary uptrend that has been in place for over a year.

With a perfect SMAX score of 10, ERO.TO is exhibiting near-term strength across the asset classes. 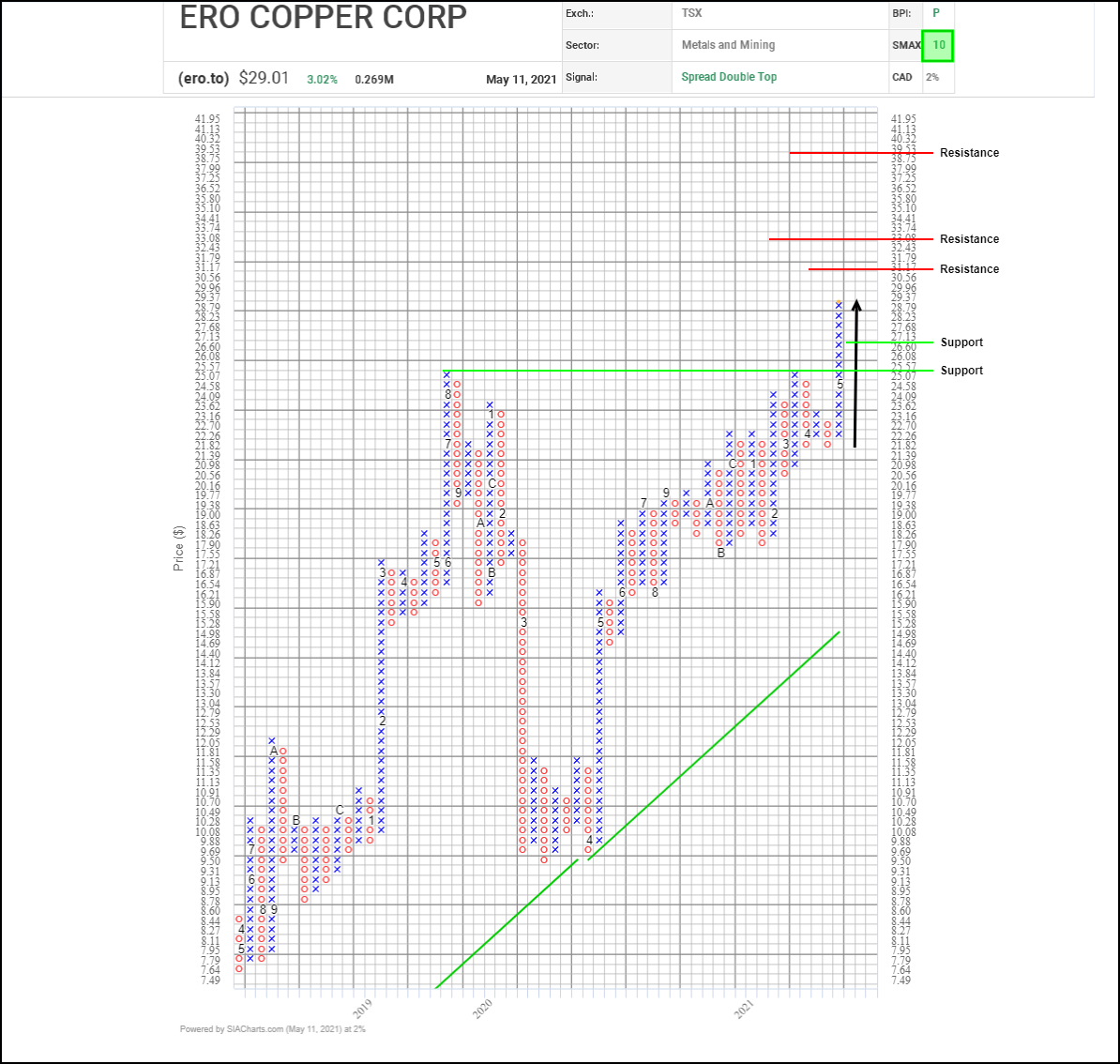