Tesla Motors (TSLA) slide down the rankings in the SIA S&P 100 Index Report accelerated yesterday. A day after slipping into the Red Unfavored Zone, Tesla plunged 26 spots in one day to 79th place and is now down 72 spots in the last month.

Tesla Motors (TSLA) shares have turned decisively downward this week. Cracks in the previous uptrend first started to appear back in February then the shares broke below their 50-day moving average, then in an April bounce, they peaked at a lower high. This week, the shares have snapped an uptrend line and then confirmed the start of a new downtrend by falling below the $600 round number and taking out several winter weekly closes to complete a bearish Descending Triangle pattern.

Next potential downside support appears at previous intraweek lows near $560 then $540, followed by the $500 round number and $400 where a measured move and the bottom of an old trading range converge. Initial rebound resistance appears at the 50-day moving average near $680 then the $700 round number. 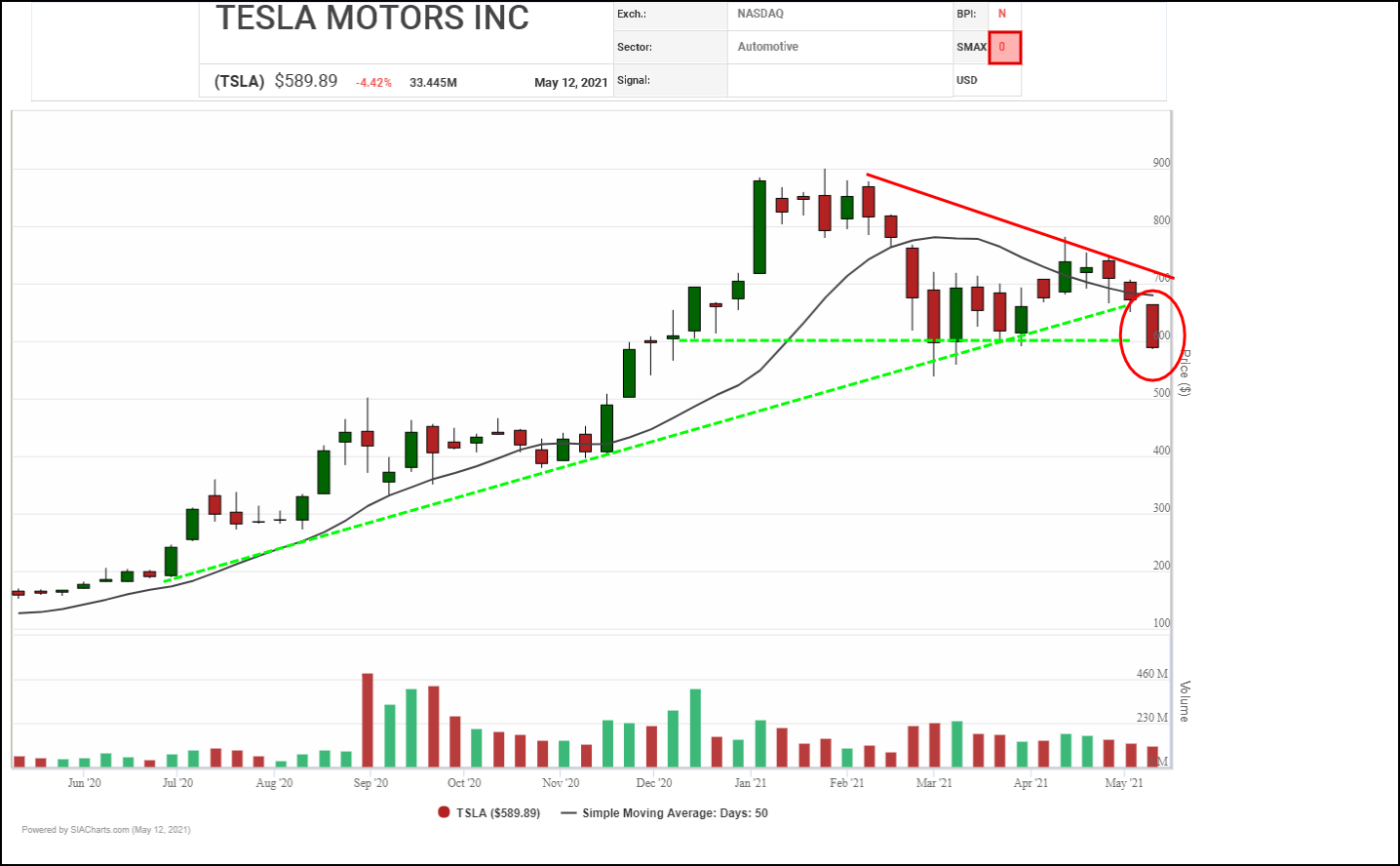 The technical picture for Tesla Motors (TSLA) continues to weaken. Back in the winter, the shares peaked short of $900 and staged an initial correction back toward $550. The shares staged an initial bounce back up toward $750 but faltered at a lower high. This week, the shares have dropped back under $600, and have completed a bearish Double Bottom pattern, calling off the recent bounce and suggesting that at best the shares have moved into a lower trading range between $550 and $750.

A breakdown below $550 support near the March low would complete a bearish spread double bottom pattern and confirm the start of a new downtrend. Should that occur, next potential support may appear near $530 based on a horizontal count, then $500 where a round number and a previous column high converge. Initial resistance on a rebound appears near $645 based on a 3-box reversal.

With its bearish SMAX score falling to a dismal 0, TSLA is exhibiting near-term weakness across the asset classes. 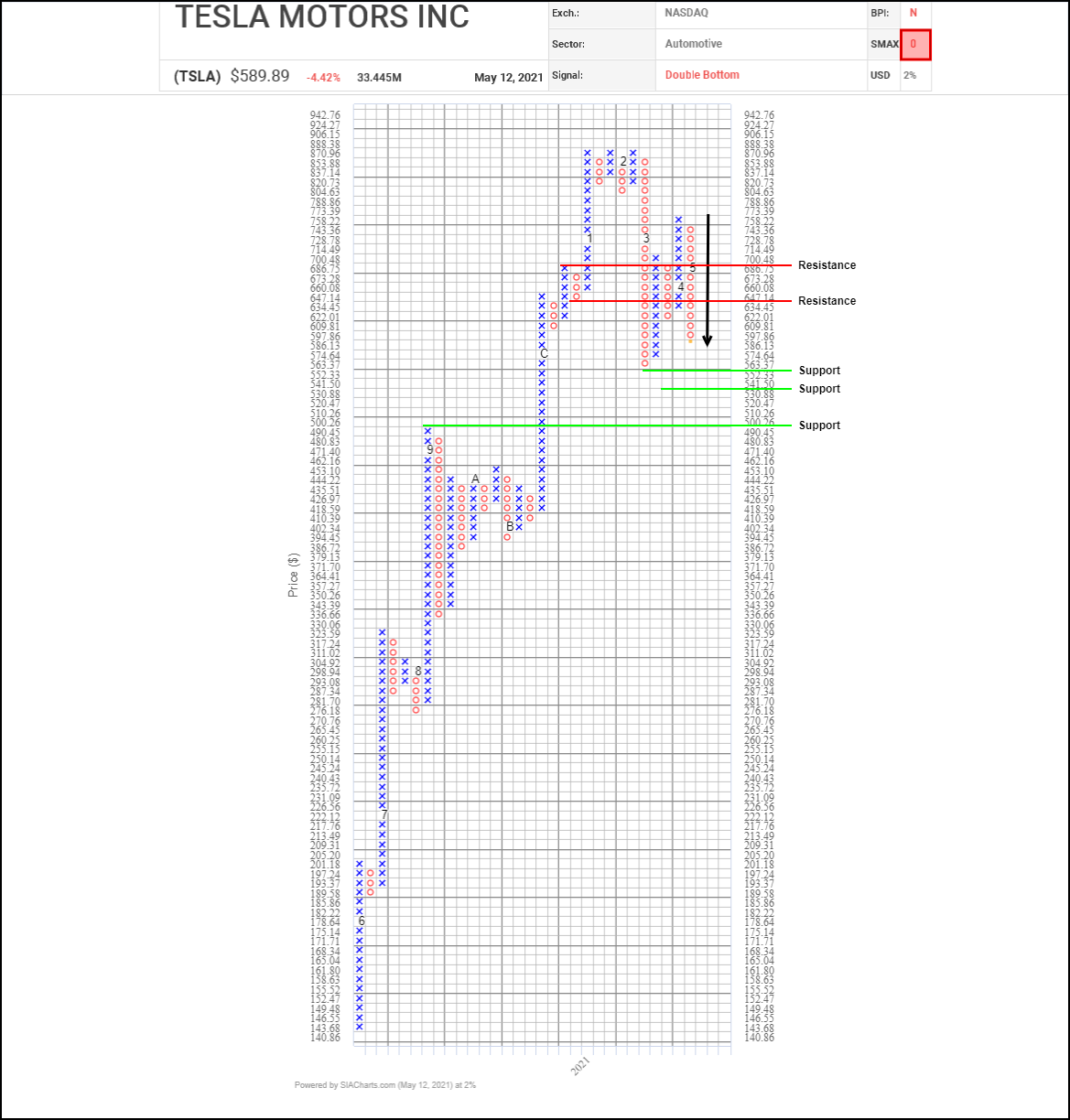