Since we last mentioned Canadian Tire* in the April 19th edition of the Daily Stock Report, the shares have gained 9.4%. They also have continued to climb within the Green Favored Zone of the SIA S&P/TSX 60 Index Report, including moving up another 4 spots yesterday to 8th place.

For over a year, Canadian Tire* (CTC.A.TO) shares have been under steady accumulation, advancing in a step pattern of rallies followed by periods of consolidation at higher levels. Last fall, the shares broke out over $150.00, overcoming resistance that had been in place since 2018 and completed a bullish Ascending Triangle base, confirming the start of a new uptrend.

The shares continue to attract new interest. This week, CTC.A.TO has broken out over $200.00 on increased volume. Measured moves suggest next potential upside resistance may appear near $235.00 then $265.00, along with the $250.00 round number. Initial support appears near the $200.00 round number, then $192.00 based on recent daily lows.

*Shares of Canadian Tire are held in portfolios managed by SIA Wealth Management. 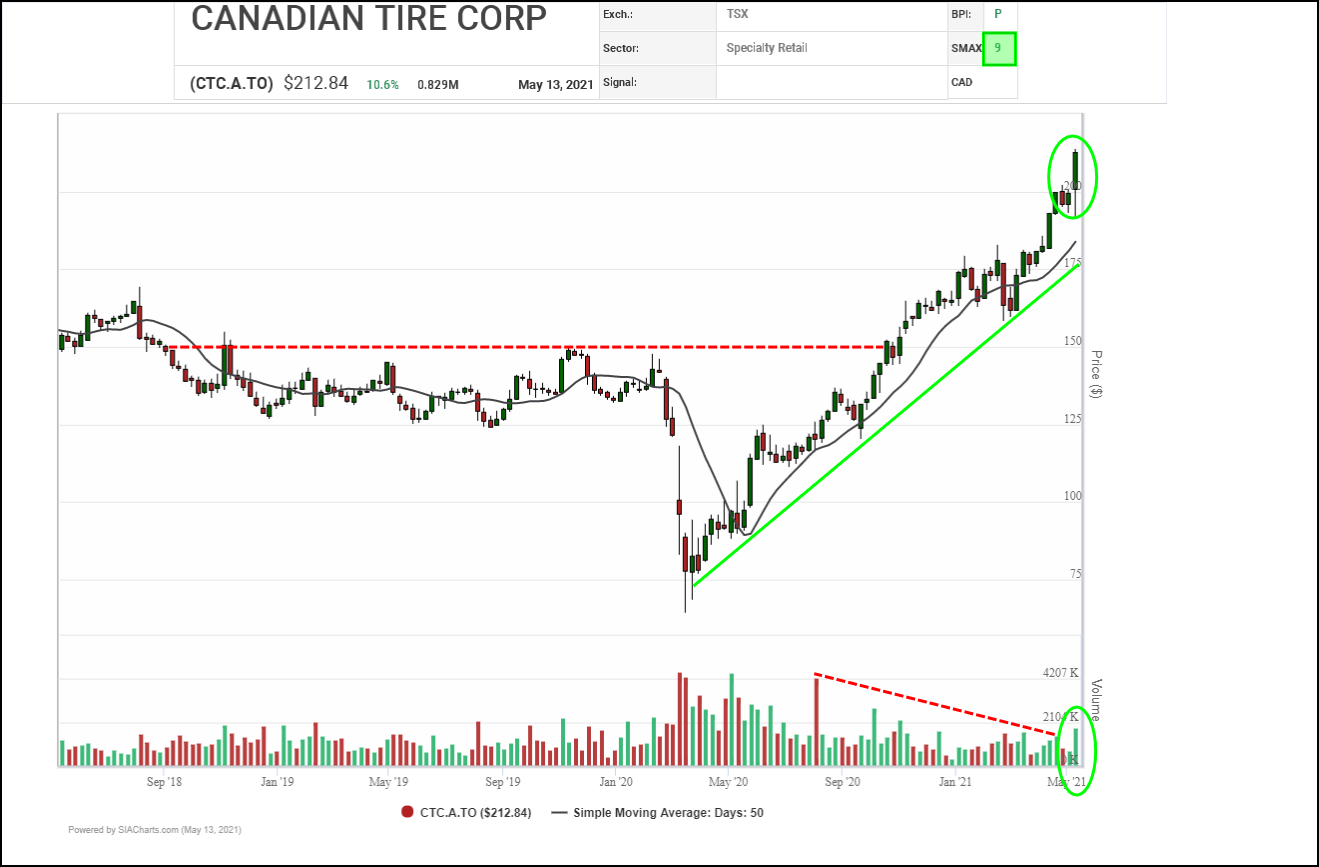 The current upleg in Canadian Tire* (CTC.A.TO) shares which started back in March, and was confirmed back in April with a bullish Triple Top breakout, has continued into May with the shares continuing to climb to new all-time highs and breaking out over $200.00.

With a bullish SMAX score of 9, CTC.A.TO is exhibiting near-term strength against the asset classes. *Shares of Canadian Tire are held in portfolios managed by SIA Wealth Management. 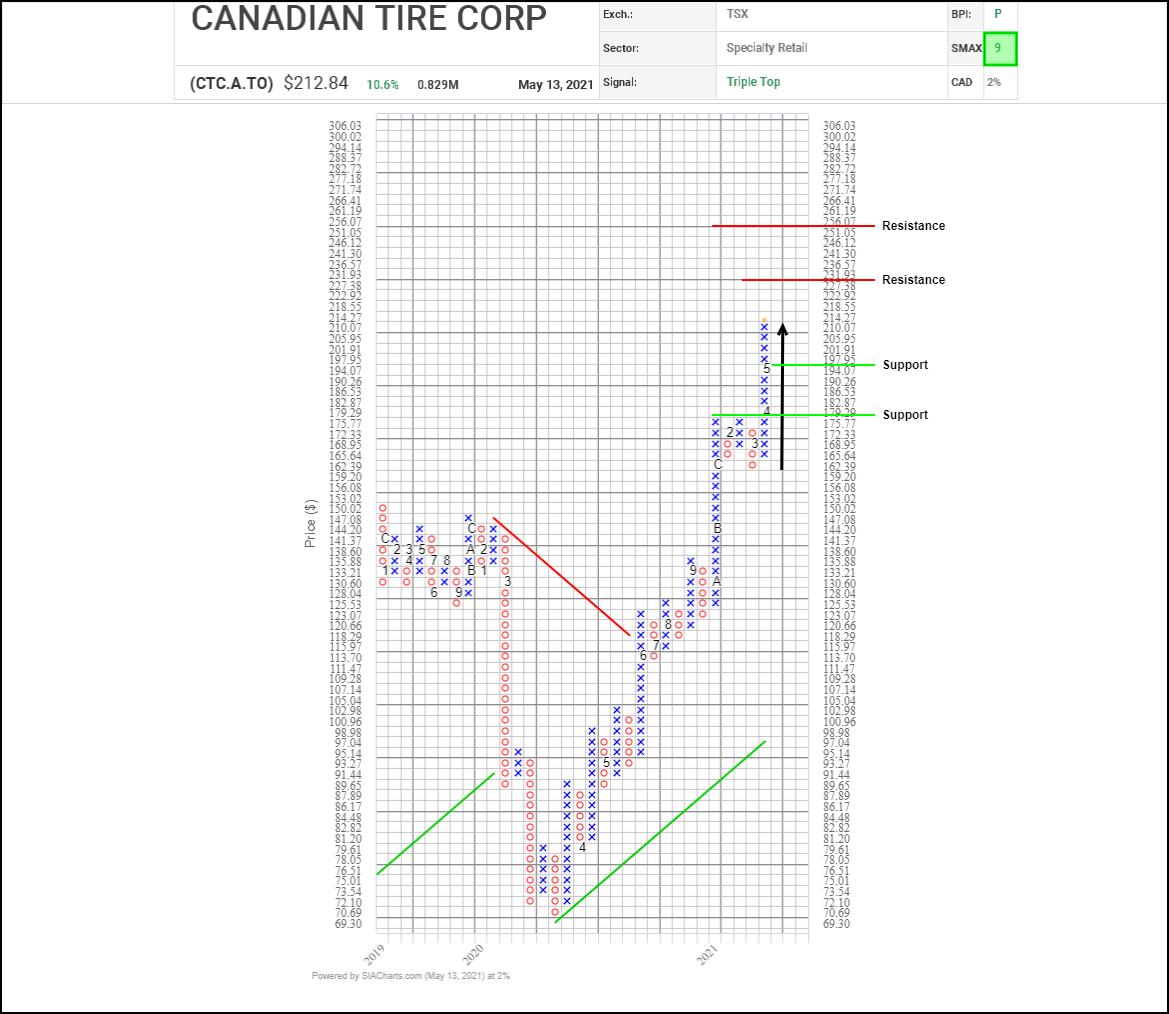