Propelled by a 16.0% one-gain for its shares on Friday, SNC Lavalin Group (SNC.TO) climbed 7 spots in the SIA S&P/TSX 60 Index Report to 14th place, returning to the Green Favored Zone for the first time in nearly a year.

Following last year’s stock market collapse, SNC Lavalin (SNC.TO) spent the rest of 2020 stuck in a sideways trading range between $17.50 and $26.50. Since the start of this year, the shares have come under renewed accumulation, shown most clearly last week with the shares launching upward off of their 50-day moving average and breaking out over $30.00 on an increase in volume.

The shares have climbed to within striking distance of their early 2020 peak near $34.25 where a breakout would complete a long base-building process that started back at the summer 2019 downtrend trough. A measured move suggests initial resistance after that may appear near $35.50 then the bottom of an old gap near $39.00, the $40.00 round number and an old support level near $44.00. Initial support appears near the $30.00 round number, then the 50-day average near $27.50. 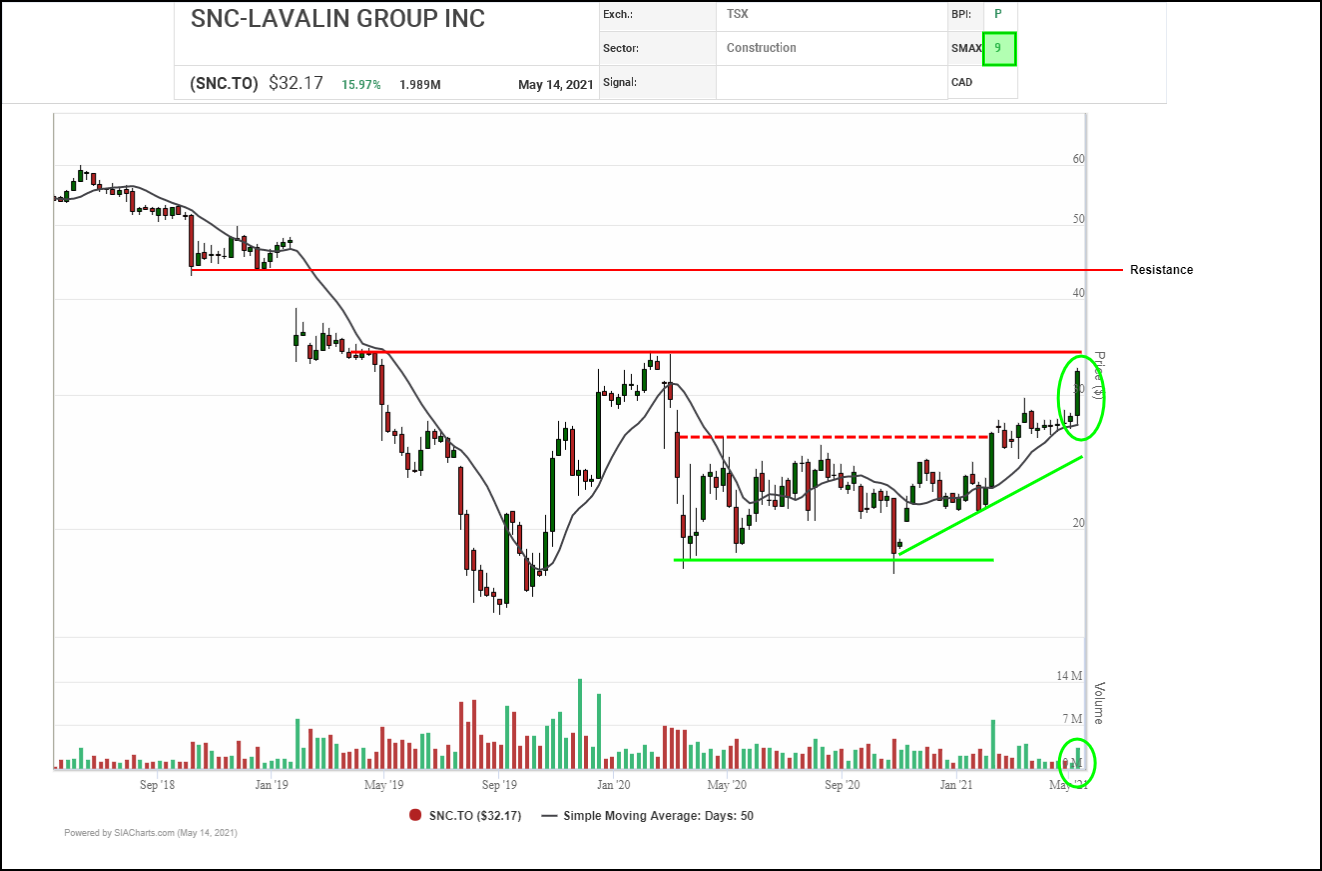 A major breakout is underway in SNC Lavalin shares (SNC.TO). After spending most of 2020 stuck in a sideways trading range, the shares broke out of their base and then snapped out of a long-term downtrend back in the winter. Last week, the shares broke out over $29.45, completing a bullish Double Top pattern, signaling the start of a new upleg within an emerging recovery trend.

Initial upside resistance appears at the shares early 2020 high near $3.80, followed by $35.20 and $38.10 which are based on vertical and horizontal counts, then the $40.00 round number and a previous column low near $43.75. Initial support appears near $29.45 where a 3-box reversal coincides with a retest of the recent breakout point.

With a bullish SMAX score of 9, SNC.TO is exhibiting near-term strength against the asset classes. 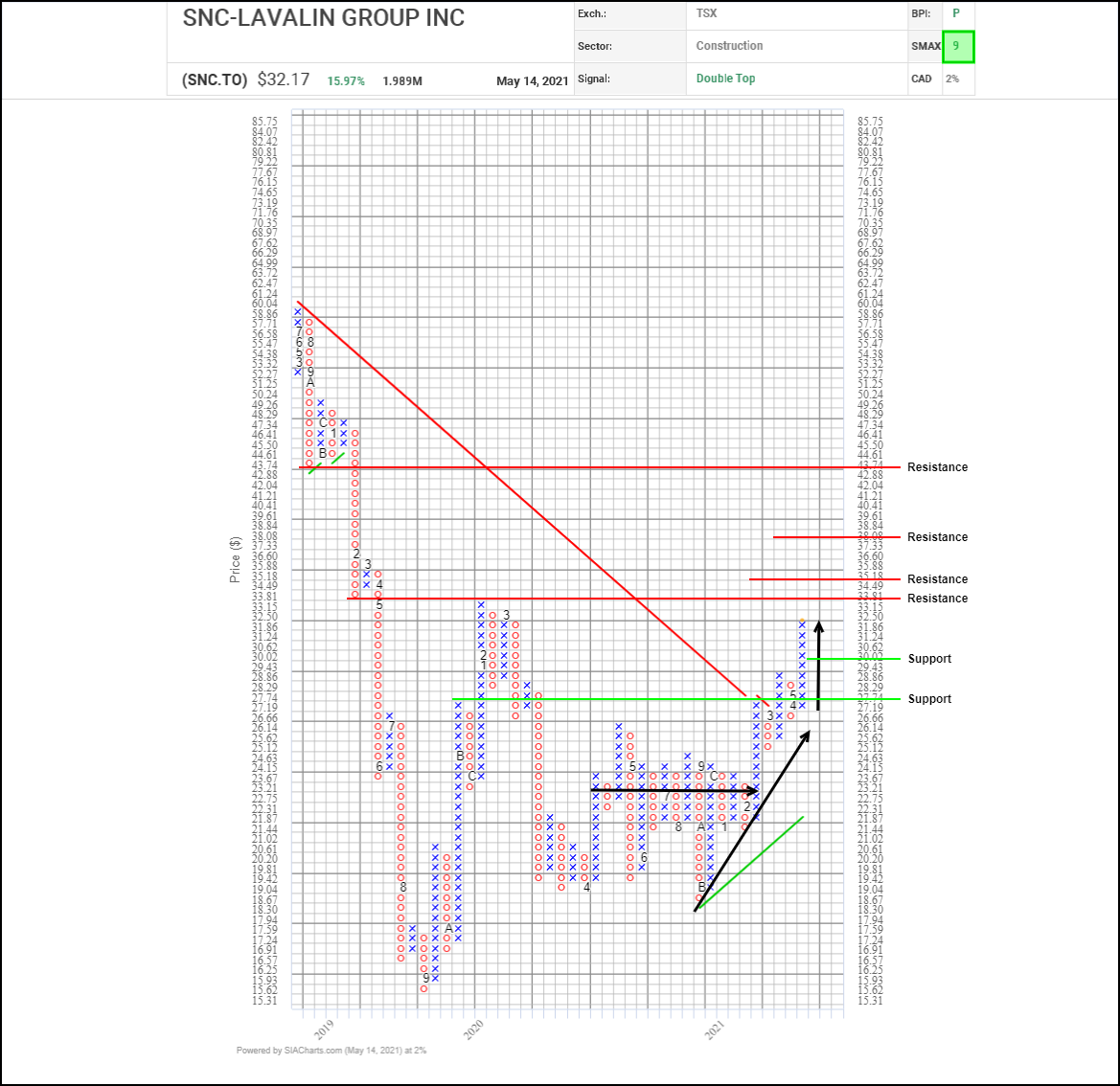