Bouncing back from a six-week dip into the yellow zone, MEG Energy (MEG.TO) returned to the Green Favored Zone of the SIA S&P/TSX Composite Index Report earlier this month and has continued to climb. Yesterday the shares finished in 30th place up 16 spots in the day and up 74 spots in the last month. Since we last mentioned MEG.TO in the February 23rd issue of the Daily Stock Report, the shares are up 14.6%.

Earlier this year, MEG Energy (MEG.TO) snapped out of a long-term downtrend with a breakout over $6.00, which has since established as support through multiple tests. A trading range has emerged between there and $8.00 initial resistance over the last three months. Within that range, the shares have been climbing, suggesting that accumulation has resumed, but a breakout over $8.00 remains needed to confirm that and signal the start of a new upleg within a larger upward trend. 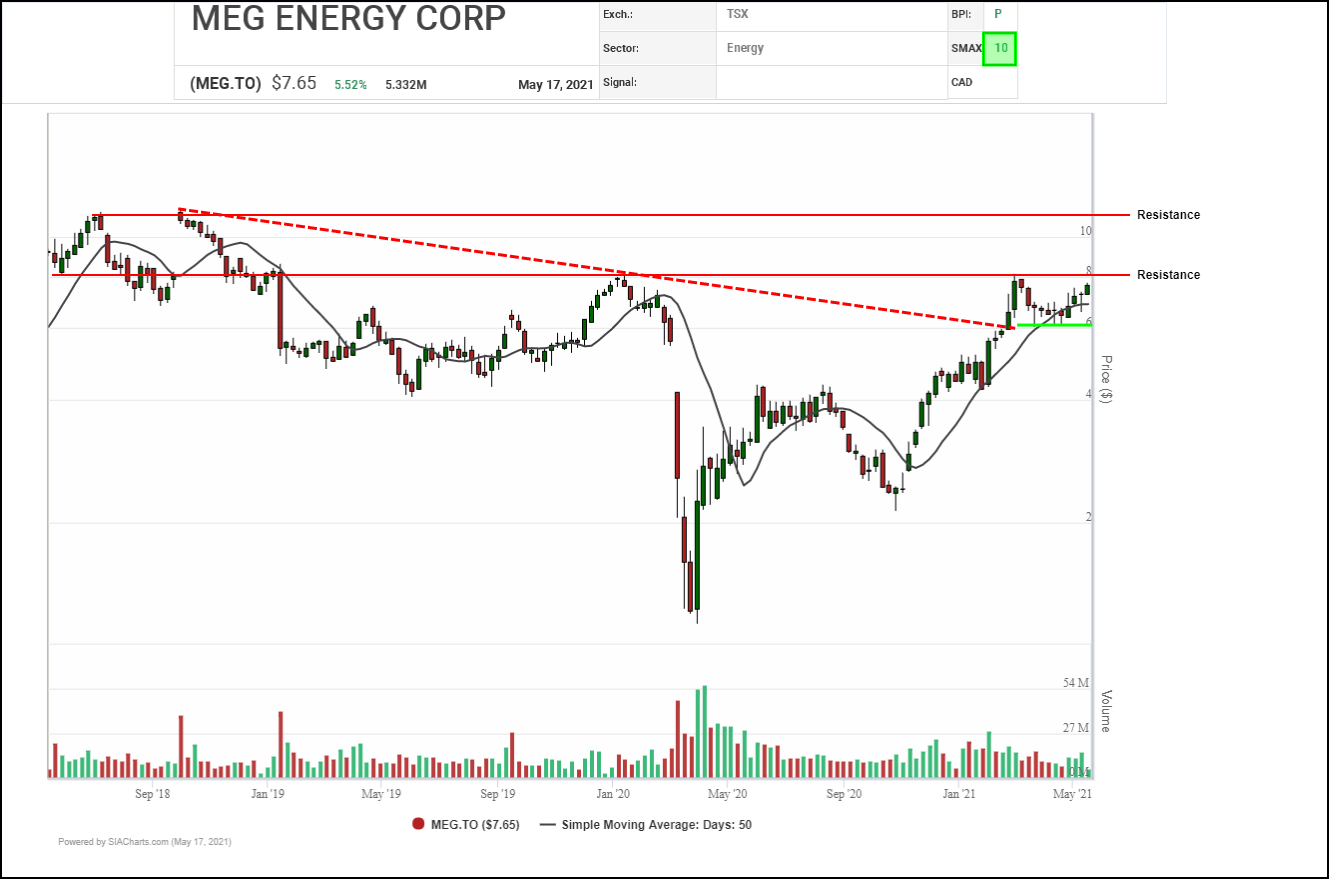 Since a correction bottomed out in April, MEG Energy (MEG.TO) shares have come under renewed accumulation, establishing a new upward trend of higher lows and positive Double Top breakouts. Currently the shares are approaching their March high near $7.95 where a breakout would confirm that the underlying uptrend has resumed and that a new upleg is starting.

With a perfect SMAX score of 10, MEG.TO is exhibiting near-term strength across the asset classes. 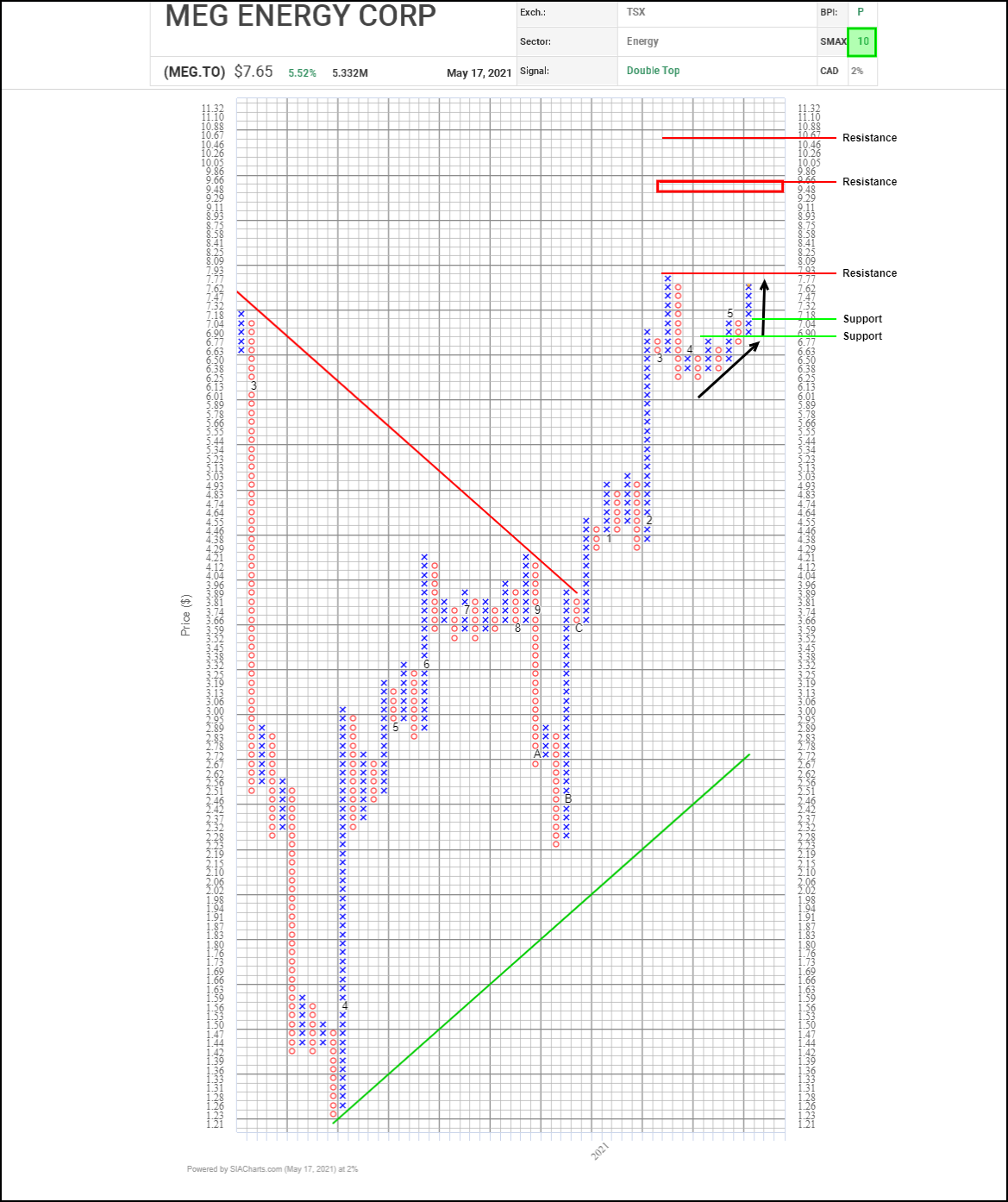