Boosted by a stronger than expected earnings report, US retailer Target (TGT) rallied 6.0% yesterday and climbed three spots within the Green Favored Zone of the SIA S&P 100 Index Report to 13th place. Since last summer, Target shares have been steadily advancing in a step pattern of rallies followed by periods of consolidation at higher levels. Note how previous resistance levels near $170 and $200 reversed polarity and became support following breakouts. Yesterday, the shares staged a major breakout, clearing $125 to a new all-time high on increased volume, signaling a surge in investor interest and the start of a new rally phase within a larger uptrend. 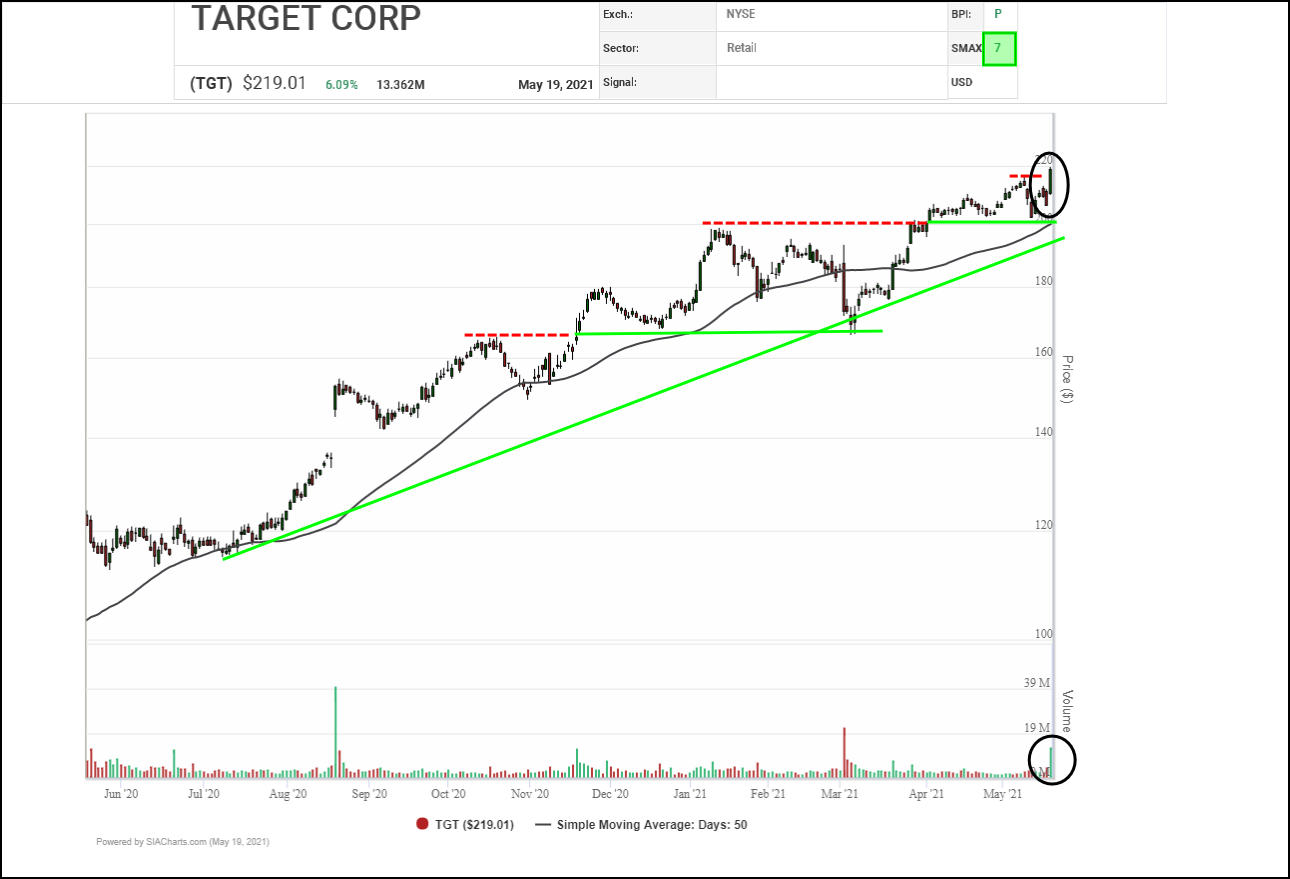 Since a winter correction bottomed out in March, Target (TGT) shares have resumed their primary uptrend. First, a bullish Double Top breakout called off a bearish double bottom signal, then the shares broke out over $200.00 to complete a bullish Spread Double Top pattern and signal the start of a new upleg. The shares have remained under accumulation into May, rallying to new all-time highs approaching $220.00.

With a bullish SMAX score of 7, TGT is exhibiting near-term strength against the asset classes.