Morgan Stanley* (MS) climbed two spots within the SIA S&P 100 Index Report to finish in 7th place. Since returning to the Green Favored Zone in November of 2020, MS shares have gained 52.5%.

Since clawing back all of its COVID crash losses and completing a bullish Ascending Triangle pattern last fall, Morgan Stanley* (MS) shares have remained under accumulation, steadily advancing in a step pattern of rallies followed by periods of consolidation at higher levels. Yesterday, the shares broke out to a new all-time high signaling the start of a new rally phase that would be confirmed by a breakout over the $90.00 round number. 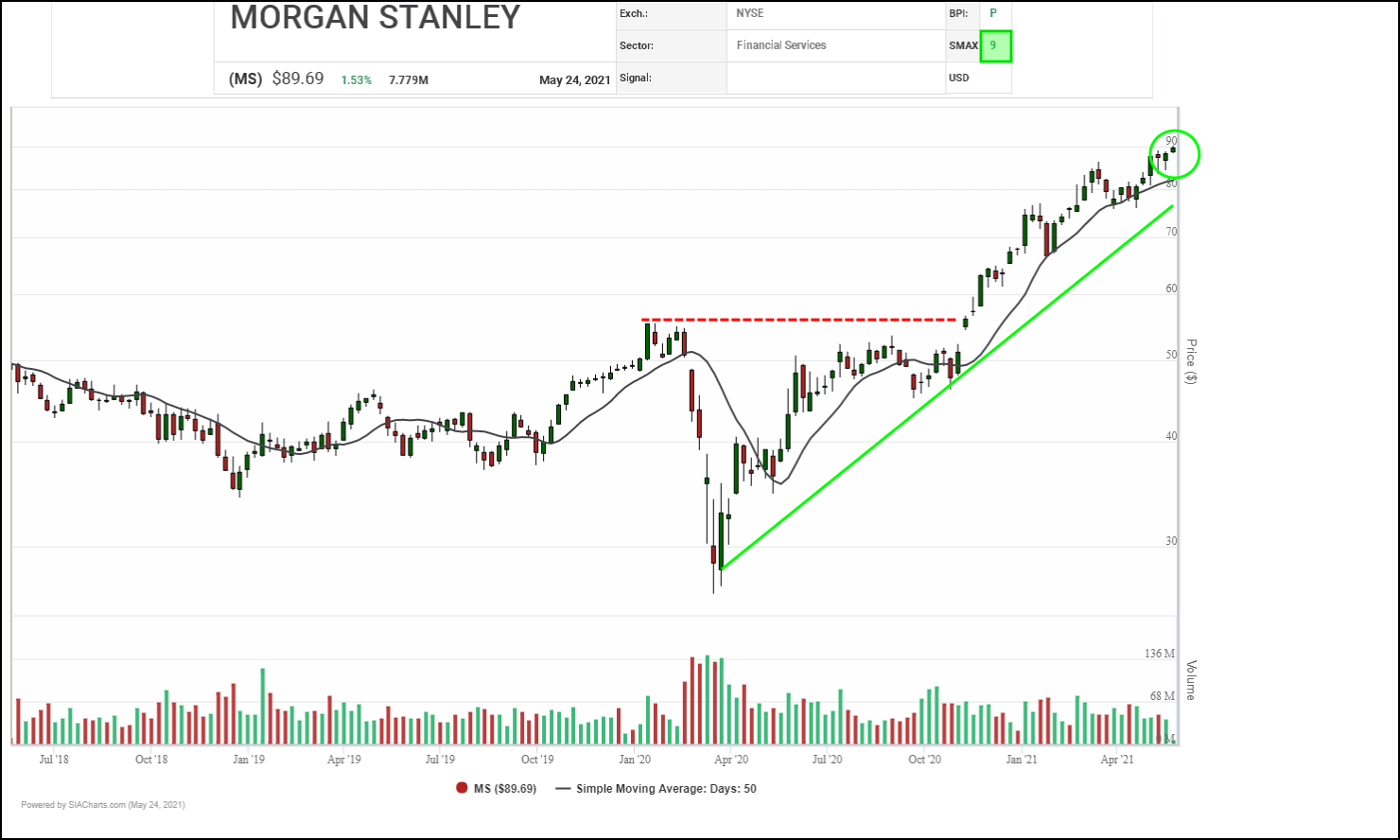 Earlier this month, Morgan Stanley* (MS) completed a bullish Double Top breakout, signaling the start of a new upleg within the primary uptrend that started in March of 2020. A new all-time high close yesterday confirms that accumulation continues.

Horizontal counts suggest potential upside resistance tests on trend may appear near $96.65 or $111.00, along with the $100.00 round number, and $120.20 based on a vertical count from a previous high pole. Initial support appears near $82.50 where a 3-box reversal and a retest of the recent breakout point converge.

With a bullish SMAX score of 9, MS is exhibiting near-term strength against the asset classes. *Morgan Stanley is held in some portfolios managed by SIA Wealth Management 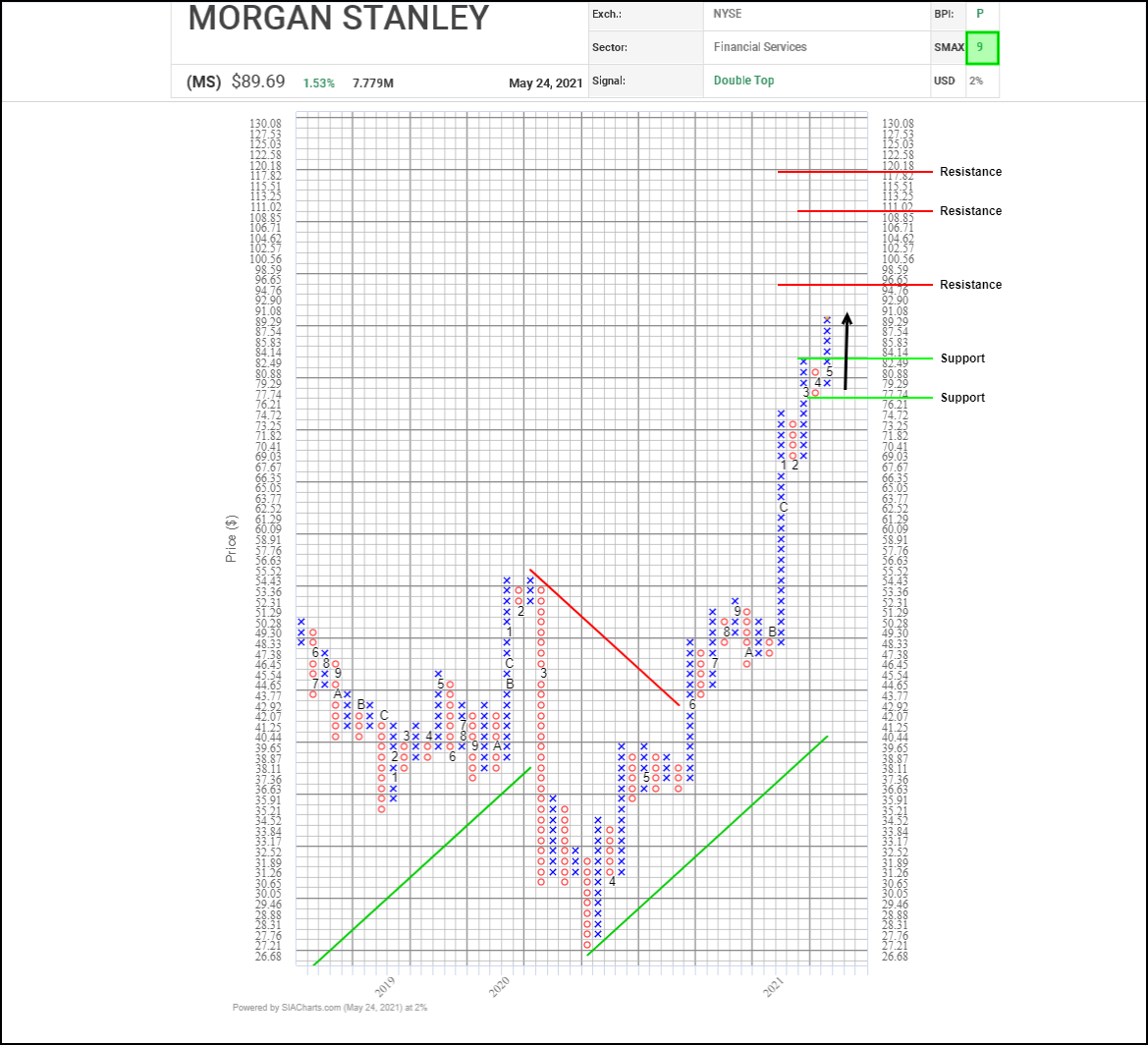