After joining the SIA S&P 500 Index Report back in March, hotel and casino company Caesars Entertainment (CZR) briefly dipped into the yellow zone but since late April, CZR has been steadily climbing up the rankings within the Green Favored Zone. Yesterday the shares finished in 27th place, up 15 spots on the day and up 110 spots in the last month.

After collapsing in last years COVID market crash, Caesars Entertainment (CZR) shares quickly regained their footing and managed to claw back off of their losses by the end of last year. The shares have continued to climb into 2021, and yesterday they broke out to a new all-time high and completed another bullish Ascending Triangle breakout, signaling the start of a new upleg.

Measured moves from recent trading ranges suggest next potential upside resistance tests on trend may appear near $115.00, $125.00 and $130.00. Initial downside support appears near the $100.00 round number. 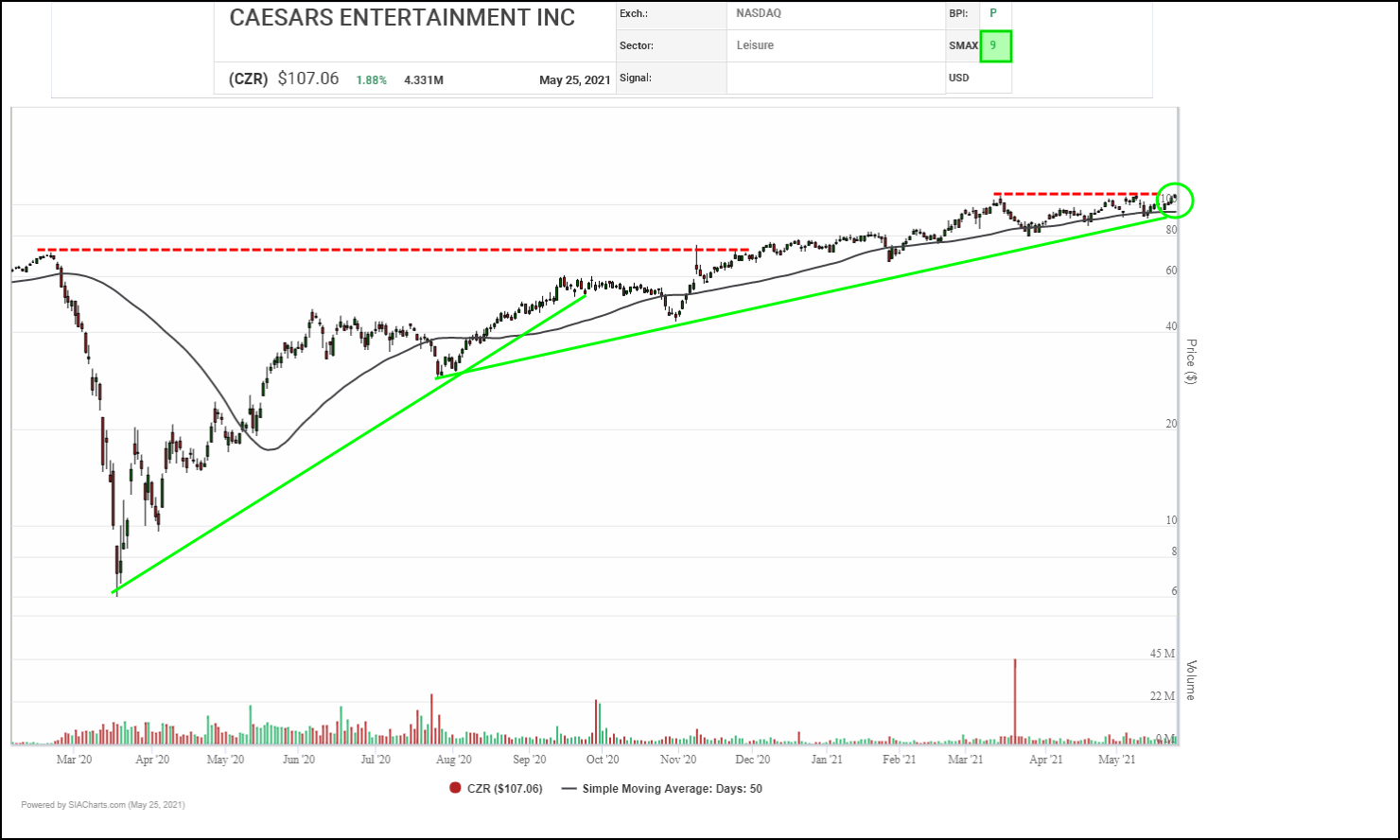 Since breaking out of a downtrend last August, Caesars Entertainment (CZR) shares have remained under accumulation, consistently establishing higher lows in corrections and completing a series of bullish Double Top, Spread Double Top, and Symmetrical Triangle breakouts. On a 1% chart, the shares have broken out to the upside once again, while on the 2% chart which we use in the Daily Stock Report, a breakout over $107.60 would complete a bullish Double Top and confirm the start of a new upleg.

With its bullish SMAX score increasing to 9, CZR is exhibiting near-term strength against the asset classes. 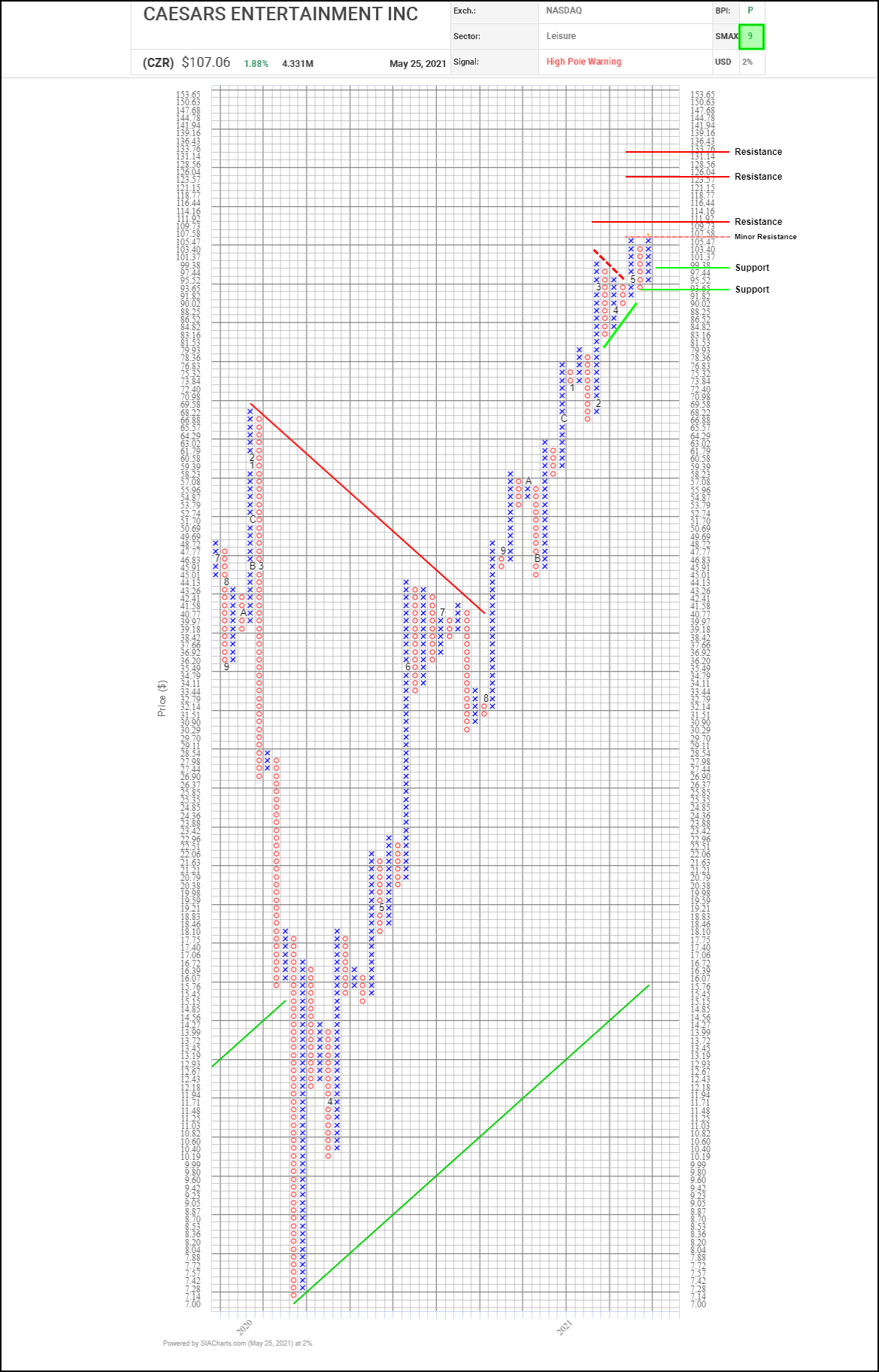