In just four months between November and March, Devon Energy (DVN) rocketed up from the bottom of the red zone to the top of the Green Favored Zone in the SIA S&P 500 Index Report. With oil prices on the rise and energy stocks attracting renewed interest lately, Devon Energy has returned to top spot in the report after rising 11 places yesterday and 195 places over the last month.

A breakaway gap to a two-year high on a big spike in volume in Devon Energy (DVN) shares has confirmed the start of a new upleg which started with a successful retest of $20.00 support and a breakout over $25.75 earlier this spring.

Previous highs and lows suggest next potential upside resistance on trend may appear near $32.50, $37.50, and $41.50, along with the $40.00 round number. Measured moves from a recent consolidation range suggest additional resistance appears possible near $31.50 and $37.25. Initial support appears at the bottom of yesterday’s gap near $26.50. 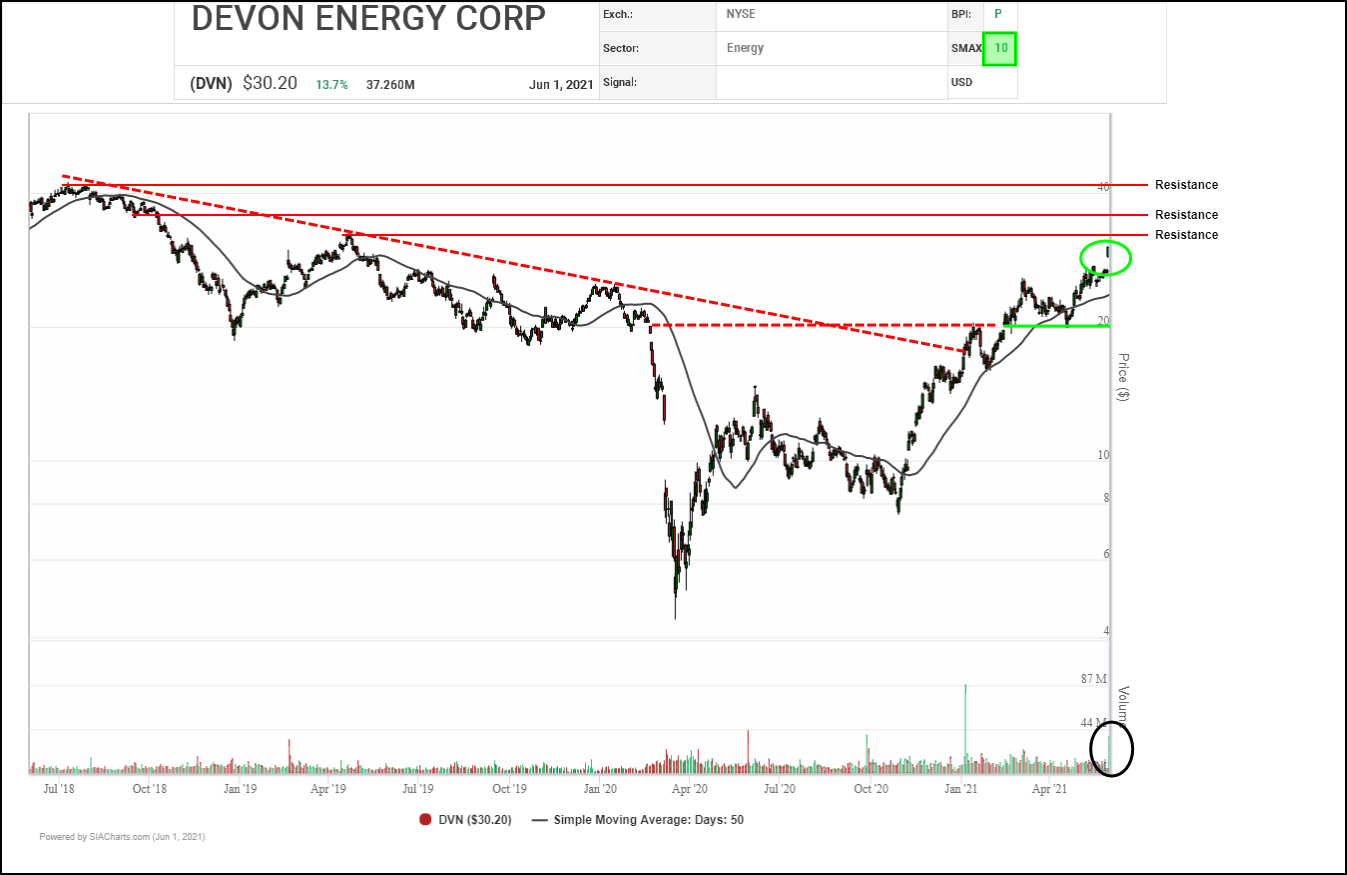 Devon Energy (DVN) continues the upward trend of higher lows and positive pattern completions which started with a high pole and the snapping of a downtrend line back in November. Yesterday, Devon kicked off June with a breakout which completed a bullish Double Top pattern, signaling the start of a new upleg. 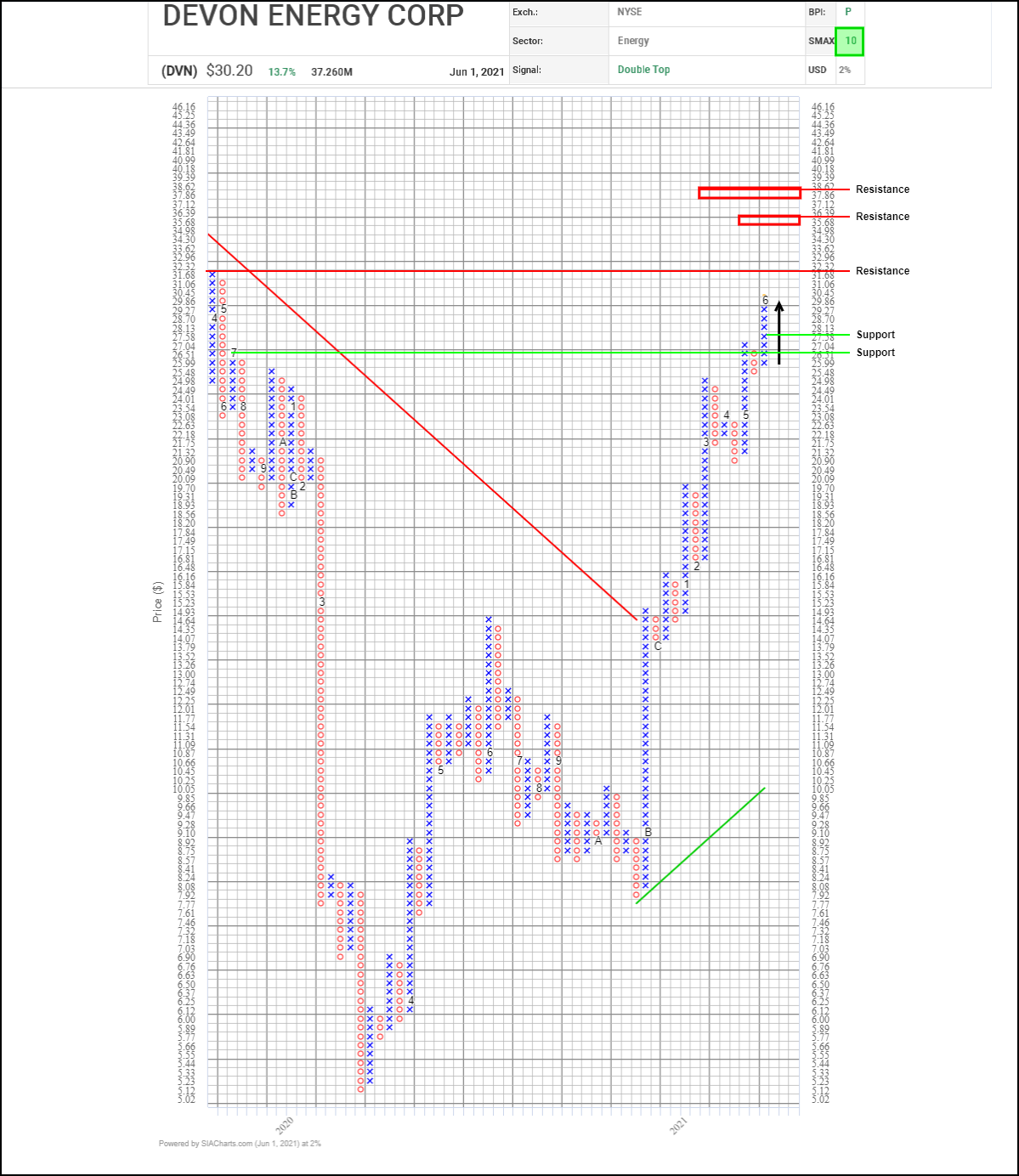