The relative strength trend of advertising and marketing company Interpublic Group (IPG) has improved dramatically over the last year.

Interpublic had been stuck in the yellow and red zones of the SIA S&P 500 Index Report from the summer of 2016 through the summer of 2020. Last fall, IPG climbed up out of the red zone toward the boundary of the yellow zone and the Green Favored Zone where it bounced around for a few months. Since March, IPG has been climbing within the Green Favored Zone finishing Friday in 25th place up 3 spots on the day.

Back in November, a breakaway gap which completed a bullish Ascending Triangle base for Interpublic Group (IPG) shares signaled the start of a new uptrend. Since then, the shares have been under steady accumulation, breaking through $22.50, a multi-year resistance level to confirm the start of a new uptrend, and consistently advancing from there. On Friday, the shares closed at a new all-time high, confirming ongoing investor interest. 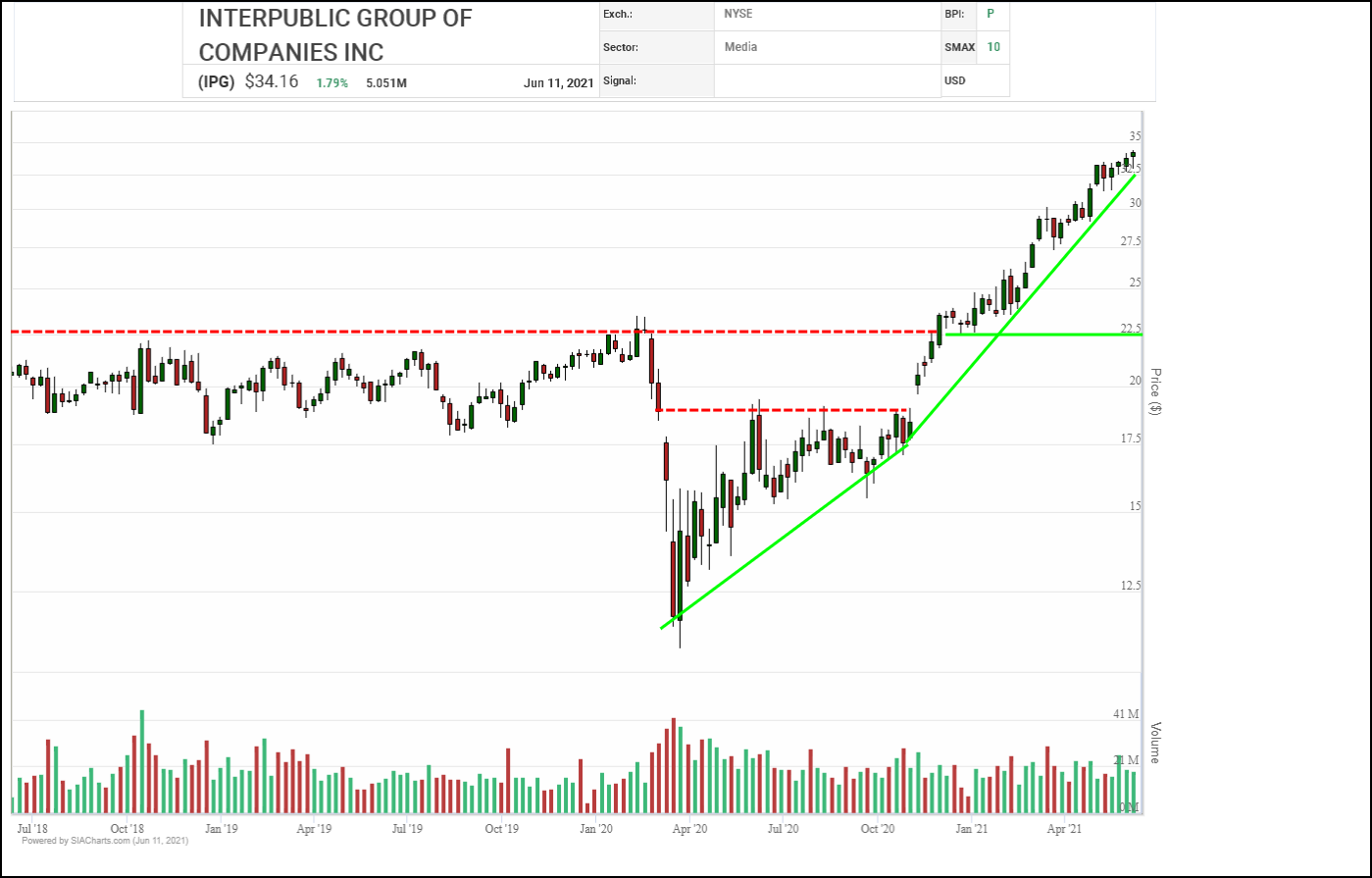 Like many stocks, Interpublic Group (IPG) initially bottomed out in March of 2020, then spent several months building a base for recovery. IPG snapped a downtrend line about a year ago, but accumulation started in earnest last November when it completed a bullish Spread Double Top breakout and regained $20.00. Since then, the shares have been consistently climbing in a series of high poles, with only moderate corrections of 3 and 4 boxes along the way. This month, the shares have achieved new highs, indicating their underlying primary uptrend remains intact.

With a perfect SMAX score of 10, IPG is exhibiting strength across the asset classes. 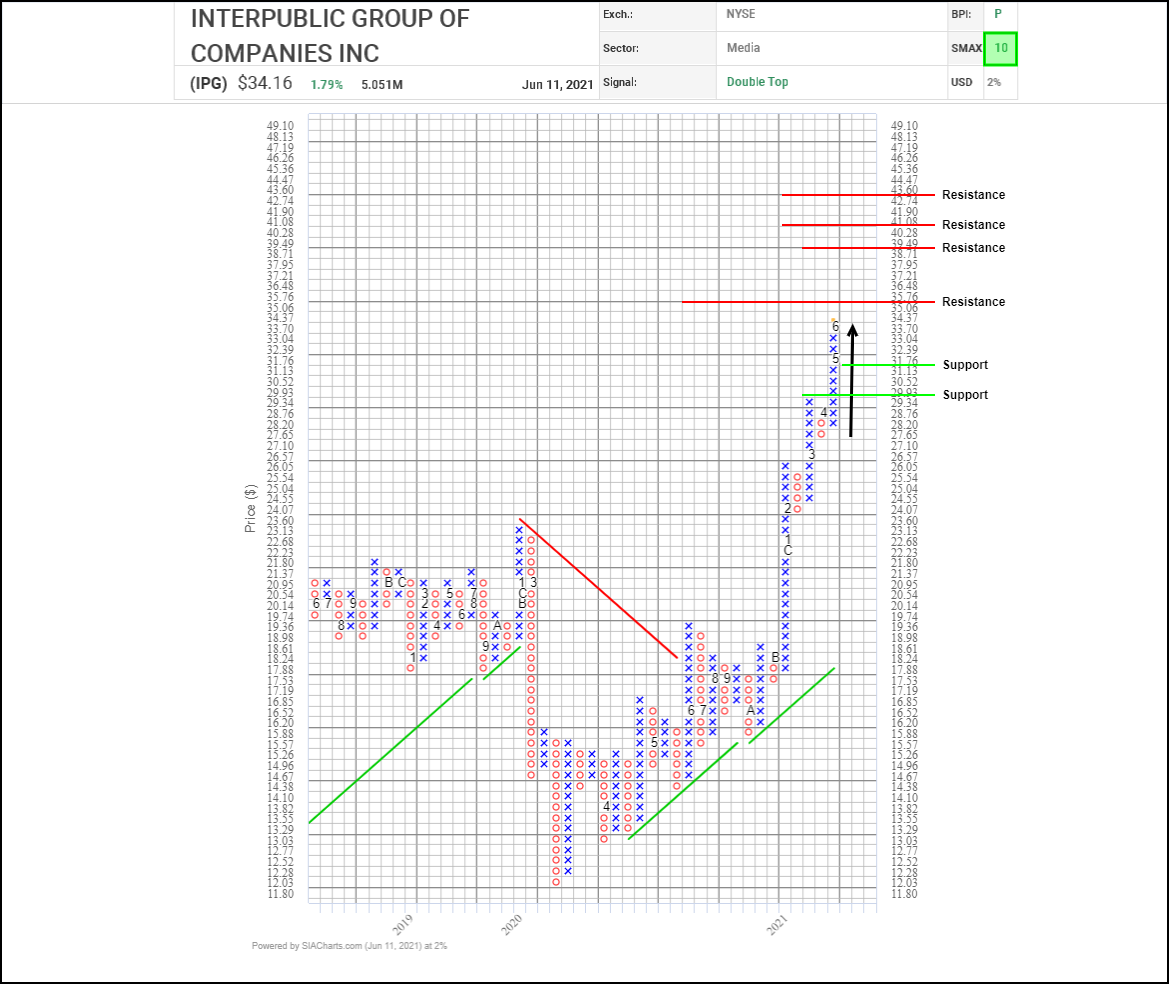