After moving up 12 spots in the SIA S&P 100 Index report yesterday to 48th place, software producer Adobe Systems (ADBE) has returned to the Yellow Neutral Zone from a drop down into the red zone. The relative strength chart also shows that a bullish Head and Shoulders bottom pattern may be forming. Adobe Systems (ADBE) spent the last nine months stuck in a sideways trading range between $420 and $535. In the last few days, the shares have come under renewed accumulation, climbing on increasing volumes and has broken out to the upside, rallying to new all-time highs. This breakout has signaled the end of the recent consolidation phase and the start of a new rally phase.

Based on measured moves from the previous range, next potential upside resistance may appear in the $635 to $650 zone, then near $735 on trend. Initial support appears near the $535 breakout point, then the $500 round number. 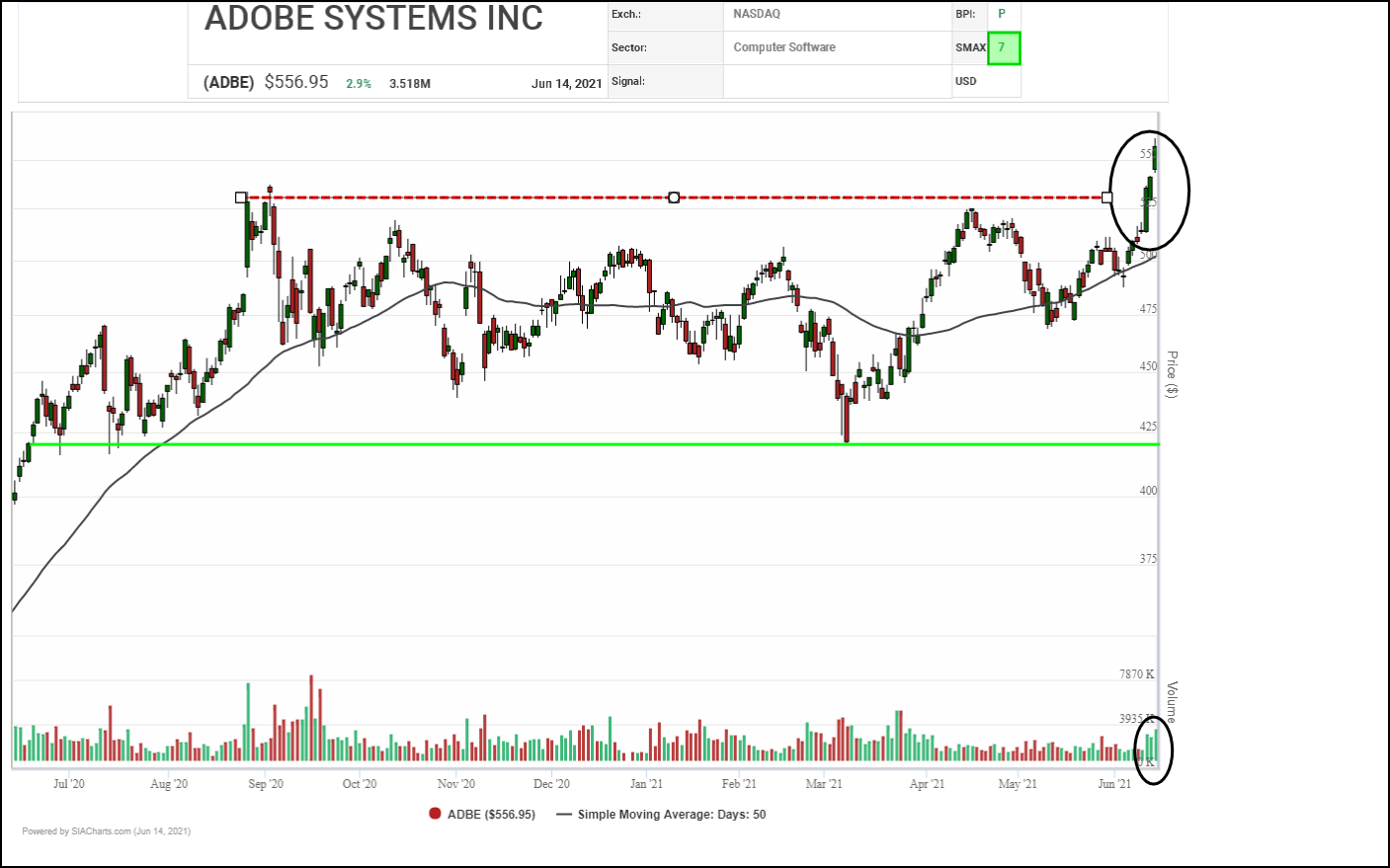 A major breakout is underway in Adobe Systems (ADBE) shares. Following an initial rally in the summer of 2020, the shares levelled off in September and spent nine months trending sideways consolidating their gains. A bullish Quadruple Top breakout provided an early signal that accumulation was resuming which has since been confirmed by a number of bullish Double Top and Spread Double Top breakouts. Recently the shares broke through their September peak to new highs confirming the start of a new upleg. Based on vertical and horizontal counts, initial upside resistance appears in the $629.60 to $642.20 area, followed by $723.25. Initial support appears near $506.35 based on a 3-box reversal.

With a bullish SMAX score of 7, ADBE is exhibiting strength against the asset classes. 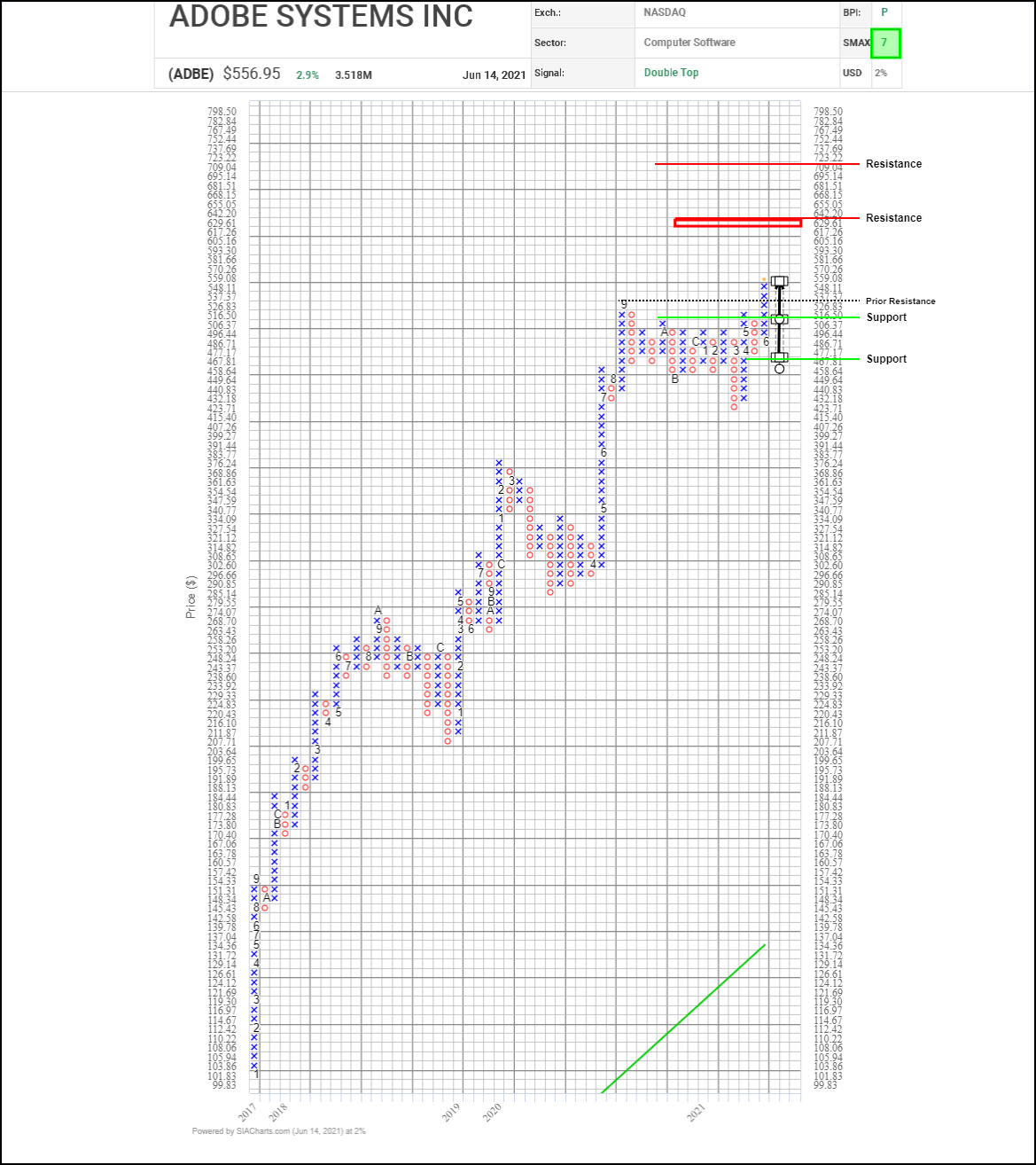