Paypal Holdings (PYPL) has returned to the Green Favored Zone in the SIA S&P 100 Index Report for the first time since March, having rallied back up out of the red zone in recent days. Yesterday PYPL finished in 23rd place, up 4 spots on the day and up 31 places in the last month.

Earlier this year, a selloff in Paypal Holdings (PYPL) shares was contained by a successful retest of support near $225. Between February and June, the shares consolidated a previous advance between $225 and $275. Recently, the shares broke out of this range to the upside on volume, completing a bullish Ascending Triangle.

Since then, the shares have continued to climb toward a potential test of resistance between the $300 round number and the February peak near $305 where a breakout would confirm that the underlying uptrend has resumed but a failure would identify recent action as an upswing within a sideways range. On a breakout, measured moves from recent and current trading ranges suggest potential resistance may appear near $325, $375 and $405 on trend. Initial support appears at the $275 breakout point. 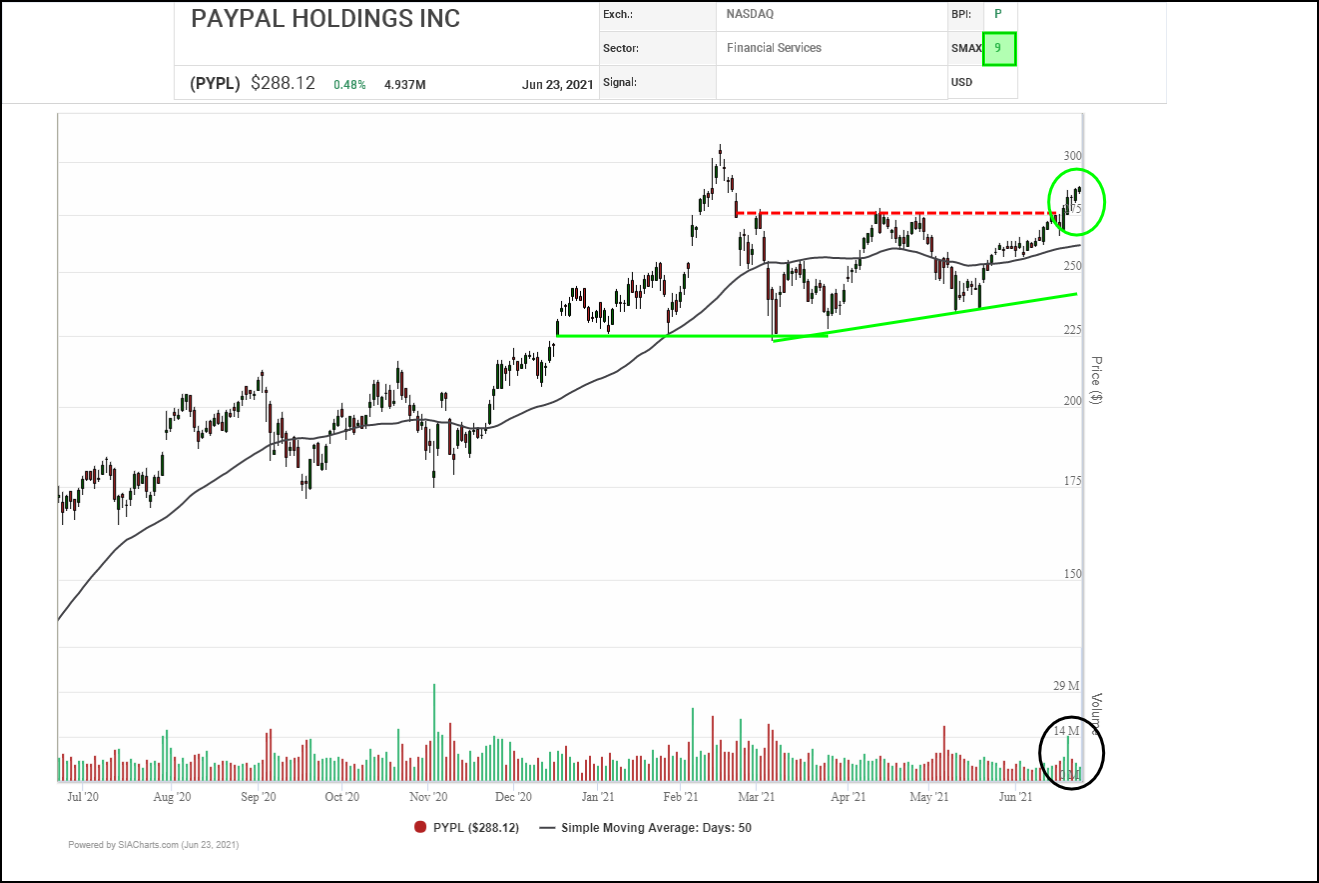 Since a correction bottomed out back in March of this year, Paypal Holdings (PYPL) has been steadily recovering with higher column lows indicating that the underlying uptrend has resumed. Recently, accumulation appears to have accelerated with the shares breaking out over $276.70, which completed a bullish Spread Triple Top pattern, signaling the start of a new advance.

With a bullish SMAX score increasing to 9, PYPL is exhibiting strength against the asset classes. 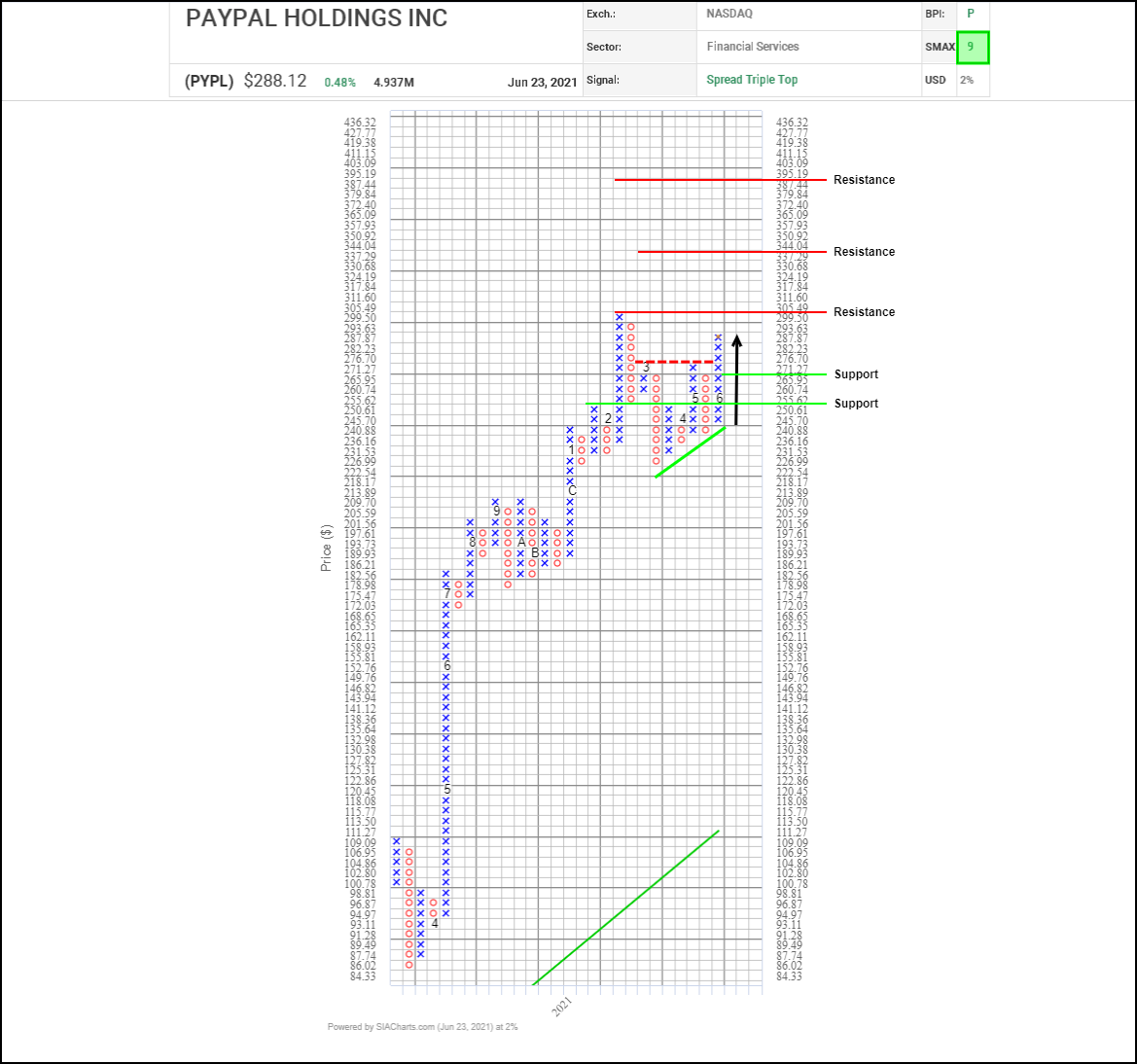