Microsoft (MSFT) has broken out of a relative strength downtrend, recently climbing toward the top of the Yellow Neutral Zone in the SIA S&P 100 Index Report. After finishing yesterday in 30th place, up 6 spots on the day and up 15 spots in the last month, Microsoft is now only four places outside of the green zone where it hasn’t been since November.

Back in January, Microsoft (MSFT) completed a bullish Ascending Triangle with a breakout over $230.00 and has not looked back, establishing an uptrend of higher lows through the first half of 2021. Recently, the shares embarked on a new upleg with another bullish Ascending Triangle breakout over $262.50, which has continued through yesterday’s all-time high close near $277.75. 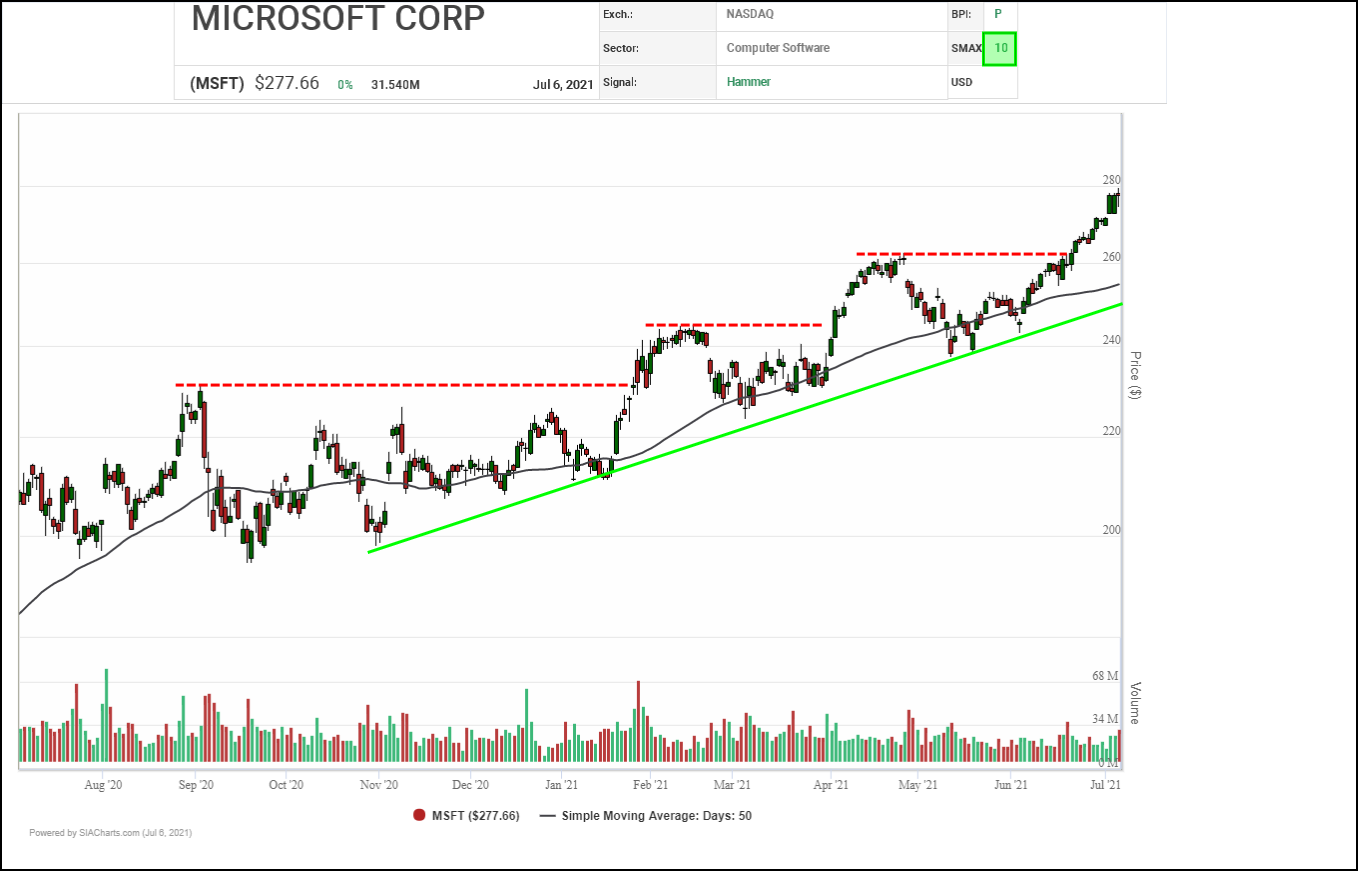 The upward trend in Microsoft (MSFT) shares over the last eight years has been so strong that even the 2020 market crash now looks like a speed bump. The shares continue to steadily climb in a step pattern of rallies followed by consolidation at higher levels.

The current upleg started in June with a bullish Double Top breakout. Next potential resistance appears near $288.85, and then $318.90 based on vertical counts, along with the $300.00 round number. Initial support appears near $256.50 based on a retest of the recent breakout point and a 3-box reversal.

With its bullish SMAX score increasing to a perfect 10, MSFT is exhibiting strength across the asset classes. 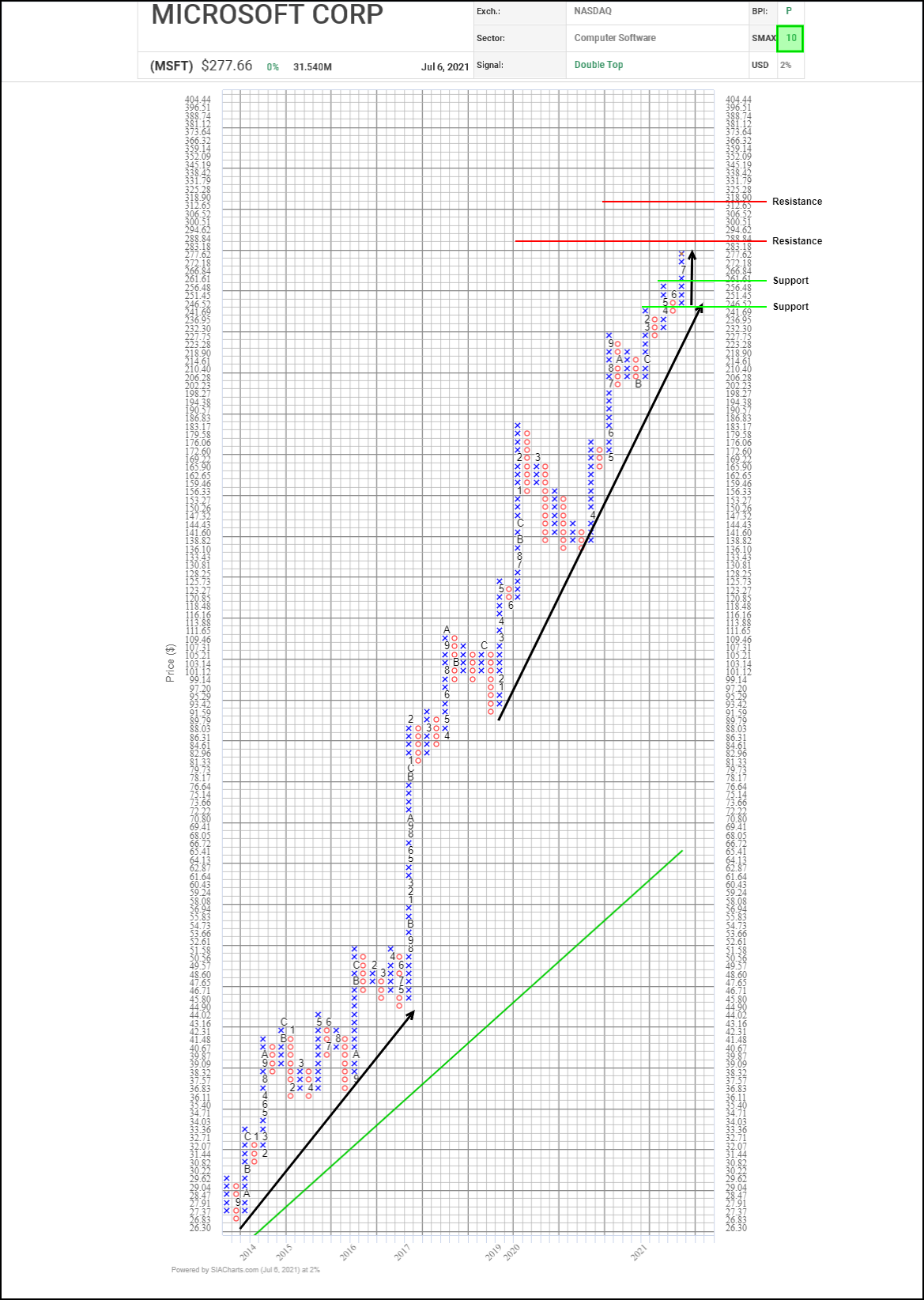