Oracle Corp (ORCL) has returned to the Green Favored Zone in the SIA S&P 100 Index Report for the first time in nearly a decade, since 2011 after climbing 4 spots yesterday and 8 spots in the last week to 34rd place. Since the start of this month, Oracle (ORCL) shares have been attracting new interest from investors, rallying up off of their 50-day moving average on increasing volumes. Yesterday, the shares staged a major breakout, blasting through $85.00 to a new all-time high, completing a bullish Ascending Triangle pattern and signaling the start of a new upleg. 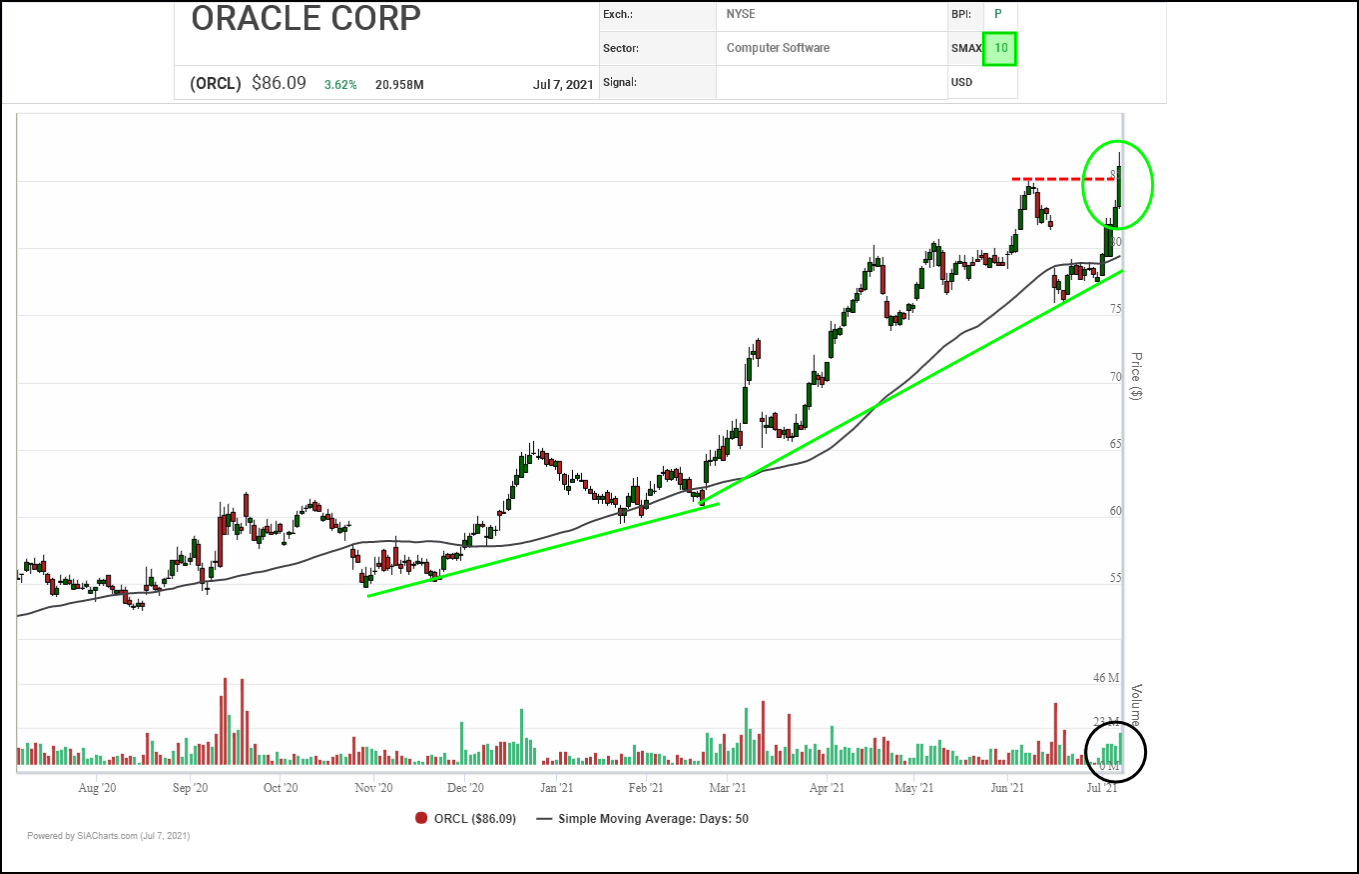 Compared with the steady staircase pace of the 2011-2019 period, accumulation in Oracle (ORCL) shares has accelerated significantly since the March 2020 market bottom as shown by the slope of the two arrows in the chart. This week, Oracle has broken out to a new all-time high once again, completing a bullish Double Top to signal the start of a new upleg and confirm previous breakouts remain active.

Based on vertical and horizontal counts, potential upside resistance appears near $95.05 and $109.20, with the $100.00 round number in-between them. Initial support appears near $79.50 based on a 3-box reversal.

With its bullish SMAX score increasing to a perfect 10, ORCL is exhibiting strength across the asset classes. 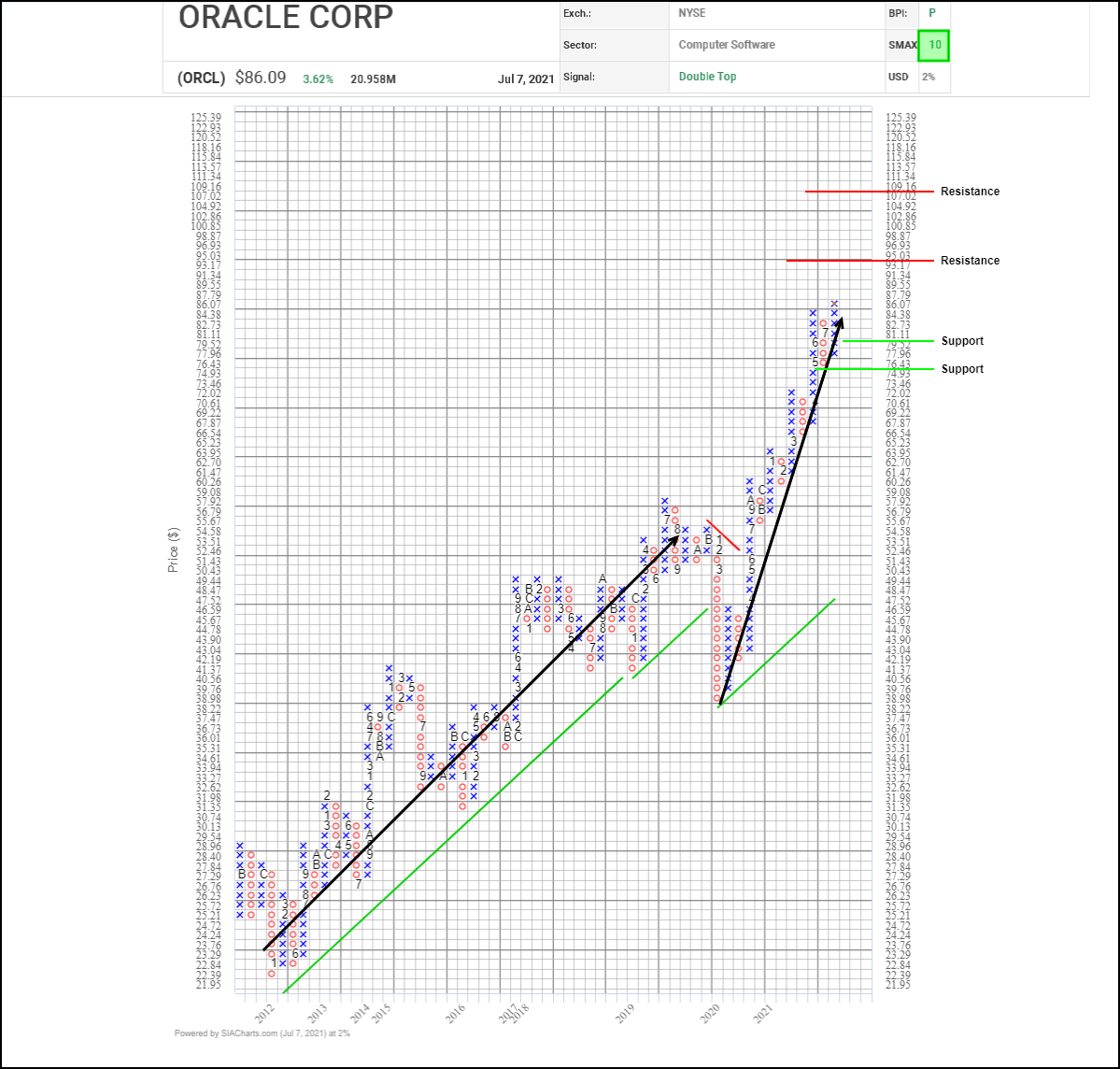