Diversified property owner (retail, industrial, commercial) Cominar REIT (CUF.UN.TO) has returned to the Green Favored Zone of the SIA S&P/TSX Composite Index Report for the first time since a short blip in March of 2020. The chart shows that since 2008 CUF.UN.TO has spent most of its time in the yellow or red zones, so this move appears particularly significant. In general, real estate companies have been climbing up the rankings in their broad market reports recently.

A major breakout is underway in Cominar REIT (CUF.UN.TO) units. Earlier this year, the units completed a bullish Ascending Triangle base with a breakout over $9.00, and now they have confirmed the start of a new uptrend with a breakout over $11.00, a key technical level for the units having acted as both resistance and support over the last four years. 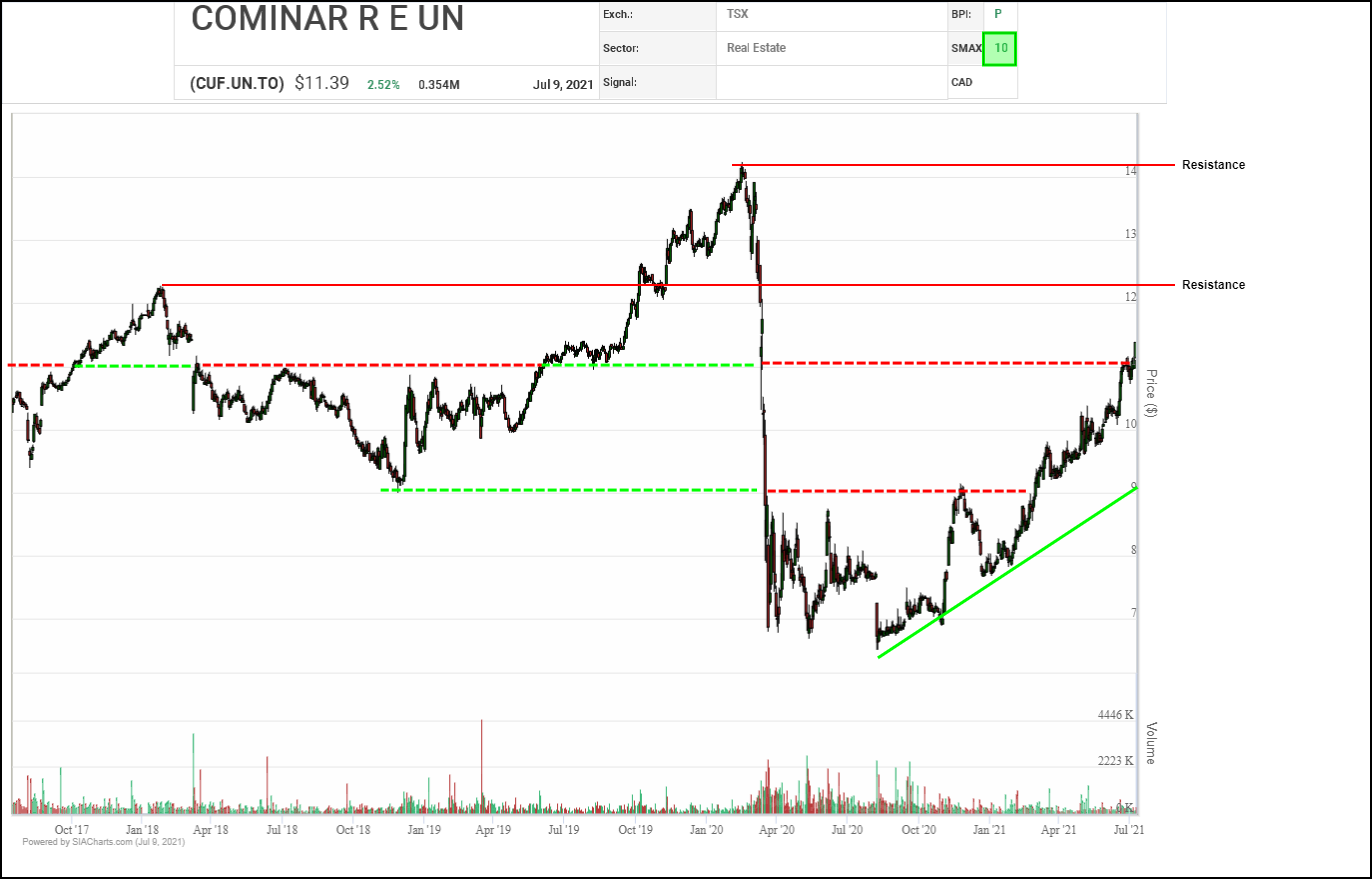 Cominar REIT (CUF.UN.TO) was late to bottom out last year relative to other companies, not doing so until August of 2020, rather than March or April. Since then, the units have been steadily recovering through a series of high poles and bullish pattern completions while establishing an upward trend of higher lows. Last month, the units snapped a downtrend line that had been in place for over a year, and this month, the units have rallied to their highest level since 2018, confirming a new uptrend is underway.

With a perfect SMAX score of 10, CUF.UN.TO is exhibiting strength across the asset classes. 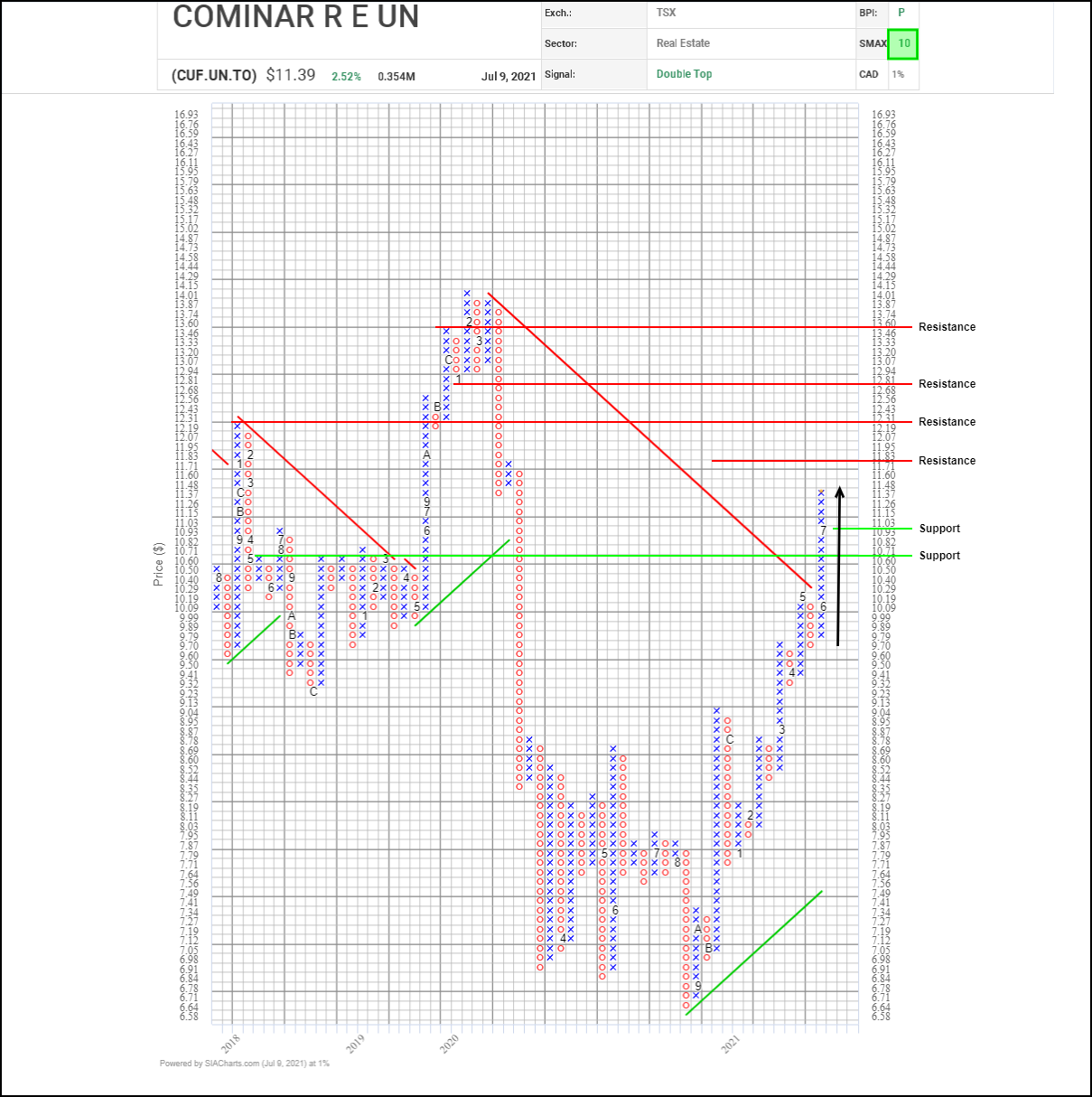